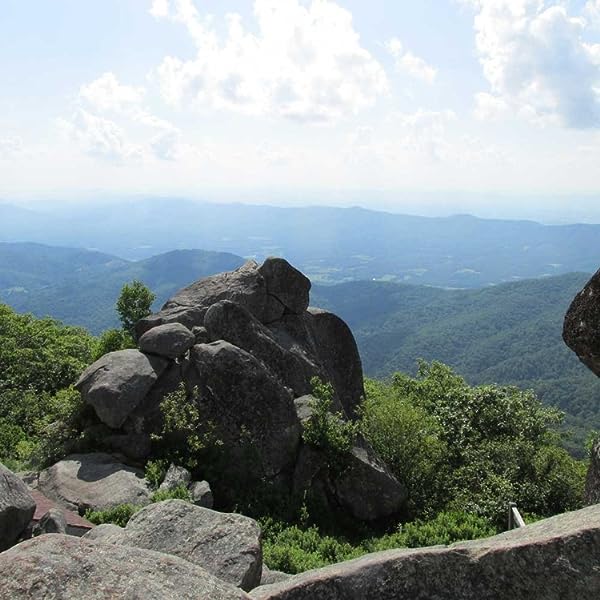 I have been an avid reader all my life and spent many happy Saturday afternoons as a child at the library or engrossed in a book. I found it magical to visit different worlds, image myself as a conquering hero, or have my heart stirred by passion while sitting comfortably in a chair at home. I first started submitting stories and poetry to magazines as a teenager, dreaming of being a writer one day. This dream was going nowhere fast so I put my love of writing on hold and went to college, throwing myself into the fast growing medical field. I now find my interest in writing renewed, thanks to the phenomenon of self-publishing. With hard work, anyone can now realize his or her goal of becoming a published author. Having grown up in a small town in Virginia, I find the culture and interactions of different personalities thrown together in close proximity truly intriguing and my books reflect this fascination. I believe that each person has their own inner life, thoughts, and feelings and what shows on the surface is never the complete picture of how someone truly lives their life. I try to highlight this dichotomy of the human experience and capture the conflicts within through my writing.
Start reading Death of The Fairy King on your Kindle in under a minute.

3.4 out of 5 stars
3.4 out of 5
14 customer ratings
How does Amazon calculate star ratings?
Amazon calculates a product’s star ratings based on a machine learned model instead of a raw data average. The model takes into account factors including the age of a rating, whether the ratings are from verified purchasers, and factors that establish reviewer trustworthiness.
Top Reviews

lovetoread
2.0 out of 5 stars Very unfocused
Reviewed in the United States on December 13, 2015
Verified Purchase
Overall, this book suffers from a lack of focus. It's not quite sure what it wants to be: thriller, fairytale, mystery, romance novel...it just bounces all over the place.

The book begins as if it is being narrated by a storyteller, similarly to the Princess Bride. The narrator bounces between characters, not adjusting language to reflect each person. Some of the words used to assign emotions to the 10 year old girl are inappropriate because 10 year olds do not typically know those words or emotions. Because the author does not delineate separate chapters for each character, it makes the storytelling disjointed and one note.

Often times the story doesn't make sense. Early on, there is a chapter about a local priest. At the time, it has very little to do with the overall storyline. Later in the story, this information is conveniently used. The same thing happens with the history of the character Jim. Parts of his history don't make sense, but it is conveniently used later on. The working of details often seems forced.

Speaking of forced, the dialogue is often quite forced. It reads and sounds unnatural and unrealistic.

This book is in serious need of more attention to details. The author needs to better track her characters, their history, and the facts she reveals. There are many inconsistencies: an example is when Jenny is speaking about the town she moved to. After she first began living with her aunt and uncle, she talks about how her troubles had followed her and how the other parents looked at her suspiciously. Later, after she graduates, the author states that Jenny felt it comforting that "this new town never looked at her with suspicion." This type of inconsistency happens often.

The book also needs some good editing. There are many repetitive words, unnecessary and misplaced adjectives, tense agreement issues, and punctuation issues. In addition, there are a lot of weird time jumps in the narration. This could be cleaned up by having parts: when the crime first happened, after she graduates, then confronting her history. Each chapter could focus on one character with a narrative voice change that reflected that character, rather than one overall narrative voice.

Of course, none of those suggestions help the biggest problem which is the lack of focus. I felt like I was a in a fun house while reading this book. I can't recommend it.

Gigi
5.0 out of 5 stars I'm very glad that I did
Reviewed in the United States on August 4, 2014
Verified Purchase
When I came across this book I immediately thought of Celtic folklore because of the words "The Fairy King". Those words, together with the book's description, intrigued me to the point that I put aside the book that I was in the process of reading and began to read this one instead. I'm very glad that I did!

Within the first few pages I was taken on a tense journey, to the extent that I lost all track of time. When I finally came up for air (only because I needed more coffee), I was stunned to realize that I had been reading non-stop for 3 hours.

After taking a sip or 2 of my coffee I picked the book up again, and again I found myself spirited away. The real world disappeared as I devoured page after page. When I reached the end of the book I just sat there, at first reflecting on the story I had just read. But immediately after I went online to see if there were any other books by this author. I was immensely disappointed not to find any.

If you give this book a try, you won't be disappointed. It is well written, with fully developed characters, and vibrant locales. Also, it'll have you guessing all the way to the end (and perhaps even after that). The author deserves accolades for a well written story. That, together with a professional job of editing, is a winning combination.

My thanks to the author for taking me back to my favorite way of spending a Saturday as a child. I'll be eagerly awaiting your next endeavor.
Read more
11 people found this helpful
Helpful
Comment Report abuse

J. Helter
3.0 out of 5 stars Wasn't that believable. Started out good but ended just okay.
Reviewed in the United States on January 3, 2015
Verified Purchase
The story kept my interest at first but by 3/4 of the way through I figured out who was the Fairy King which made the story kinda peter out. Also the whole story was about a woman and her demon, but in the end she was not the one who put an end to the Fairy King - the ending climax was short and unfulfilling. There were too many questions that still required better story line answers; the answers just left more questions and usually only took up a page in answering the questions after the author spent many times bringing them up throughout the story. Not a terrible book, but glad it was the death of the fairy king (or was it) because I won't get a sequel if the author decides to write one.
Read more
Helpful
Comment Report abuse

BZ
3.0 out of 5 stars Good Story
Reviewed in the United States on November 20, 2014
Verified Purchase
I enjoyed reading the story about a young woman's quest to find the answers from her childhood for her kidnapping and for the death of her friend. The characters were not really fleshed out well but the story was a good one . It was a very quick read would be good on a plane trip when you needed something that you didn't really have to get well into . You don't need a heavy brain to read this book
Read more
Helpful
Comment Report abuse

Mags
4.0 out of 5 stars “ If you go into the woods today ….”
Reviewed in the United States on August 17, 2014
Verified Purchase
This is a moving story of two ten year old girls who were best friends. The descriptive language and intricate plot intrigued me. So much so, that I corrected 54 grammatical or typographical errors and have these on record should the writer contact me. It is a “Self-Published” book by an avid reader with a medical background. The story line hooked me, so instead of either giving up or alternatively persuading my mind to bypass the errors I took time out to correct them. As an avid reader and from my own experience with writing medico-legal reports I have found it impossible to correct errors while proof reading on a computer, or even on hard copy. I loved the story line but downgraded my rating due to the errors.
Read more
3 people found this helpful
Helpful
Comment Report abuse

sweetviolets
2.0 out of 5 stars The first few chapters were great..
Reviewed in the United States on November 3, 2014
Verified Purchase
The first few chapters were great... then it really fell off.. ridiculous love side - story was a lame addition and there was no surprise to who the bad guy was... pretty amateur. .
Read more
One person found this helpful
Helpful
Comment Report abuse

Amazon Customer
3.0 out of 5 stars For those who are patient
Reviewed in the United States on November 25, 2014
Verified Purchase
I skipped through this book and still managed to find it somewhat interesting. It had quite a twist, but I was just impatient in waiting for it to unravel.
Read more
Helpful
Comment Report abuse
See all reviews from the United States