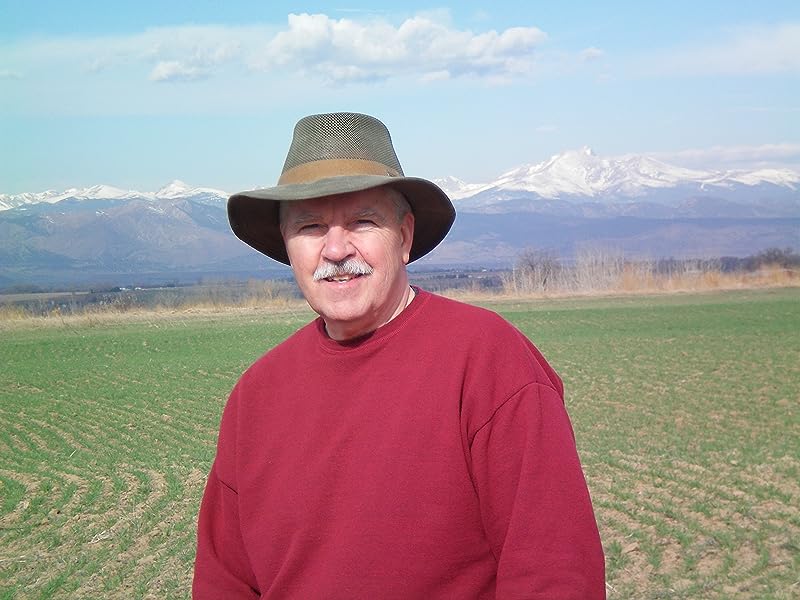 Death on the Hellships: Prisoners at Sea in the Pacific War Hardcover – June 1, 2001

Gregory F. Michno has won numerous awards for his books, which include Lakota Noon, an Indian perspective to the Battle of Little Bighorn. He works for the State of Michigan's Family Independence Agency in Ypsilanti.
Read more
Start reading Death on the Hellships on your Kindle in under a minute.

Thomas Stadtmiller
5.0 out of 5 stars Hellships
Reviewed in the United States on August 4, 2011
Verified Purchase
Mr Michno's "Death on the Hellships" is thorough. I have a special interest in such history because my father Frederick A Stadtmiller of the 803rd Aviation Engineering Battalion was taken prisoner on Bataan. Although he is never nmentioned by name in the book, and I could never expect every POW's name to be listed, my dad was on the hellship Nissyo Maru that left Manila 17 July 1944 for Kyushu. He was in POW camp Fukuoka-23 Keisen working in coal mines. He only told us, his kids, a very watered down version of his experiences. I suspect he suffered what we now call post-traumatic stress and didn't want to remember his ordeal as a "Nip POW" as he used to call it.
I was able to fill in many blanks by reading Mr Michno's account. Interestingly, I have several Japanese acquaintances whose parents were involved in the war and they were told even less that I was. The Japanese definitely wanted to forget this nightmare in their history. Unfortunately for them, it was their own people who brought it on themselves. I would hope more children of ex-POWs might add what they were told about their fathers' experiences as a "Nip POW".

Bearcat Chris
5.0 out of 5 stars Horrifying, but great read!
Reviewed in the United States on July 4, 2020
Verified Purchase
I don't know how those poor POW's survived a day on these hellships. Great, but sad read. Tells you about a side of war nobody ever thinks about.
Read more
Helpful
Comment Report abuse

Catamaran'78
2.0 out of 5 stars Boring, reads like a very dry encyclopedia
Reviewed in the United States on May 31, 2015
Verified Purchase
Tedious Naval Institute Press compilation of ships, dates, locations, ship fates and various insipidly related facts, figures, incidents and accounts relating to the hellships, Japanese ships used to transport Allied prisoners of war during World War II. If you are looking for a book that relates survival stories, details of abuse of POW's, retrospective analysis of whether the allies sinking hellships was really 'worth it', reflection on the often scandalous treatment of POW's once they returned, how politics affected the too often light sentences of Japanese running the POW operations.....look elsewhere. I had no regrets selling the book back within days of reading it. I would recommend The Forgotten Highlander by Alistair Urguhart for an unfiltered account of his treatment by the Japanese and Korean camp guards he lived under as a British POW taken at Singapore. He not only survived a number of hellships, the sinking of one hellship by a US submarine, but also the death railway and the bridge on the river Kwai (yes, there was one). If you want overall statistics, names, dates,some recorded incidents and statistics, this book may interest you, if you want first hand accounts of what hellships were really like, and the barbaric conditions and abuse meted out by Japanese personnel, get a book by a survivor.
Read more
2 people found this helpful
Helpful
Comment Report abuse

THE BRIT
4.0 out of 5 stars Death on the Hellships
Reviewed in the United States on June 24, 2014
Verified Purchase
It was interesting since my Uncle was on the Lisbon Maru when it was mistakenly sank by the U.S. We were aware of some of the horrible torture that the English soldiers endured by the Japanese from survivors.
Read more
One person found this helpful
Helpful
Comment Report abuse

Sandra Meades
5.0 out of 5 stars How grim were the hellships?
Reviewed in the United States on May 23, 2013
Verified Purchase
My grandfather was a POW who was transported from Formosa to Moji in 1942 in the Singapore Maru.
The details in this book answered a few of the questions that I had about this transport in ww2. I now want to find out more..................

Bruce Trinque
5.0 out of 5 stars A harrowing history of a maritime Dante's Inferno
Reviewed in the United States on August 12, 2001
Gregory Michno's "Death on the Hellships: Prisoners at Sea in the Pacific War" is a harrowing account of one of the nearly forgotten stories of World War Two - the experiences of Allied POW's aboard Japanese transport ships. These prisoners, most of them captured during the early months of the war in the Pacific, passed through nearly unimaginable horrors, brutally mistreated by their captors, subjected to starvation, beatings, and deprivation of water, and held in crowded, grossly unsanitary conditions. And they often fell victim to Allied torpedoes and bombs. More than 20,000 Allied POW's died at sea, most of them when the transport ships carrying them were attacked by U.S. submarines and aircraft. Although Allied headquarters often knew of the presence of POW's aboard vessels targeted for attack through radio interception and code breaking, the general policy was to sink the ships anyway, evidently on the basis that the interdiction of critical strategic materials was more important in the long run than the deaths of prisoners-of-war.
"Death on the Hellships" is a veritable Dante's Inferno at sea, the tragedies chronicled month by month. Michno's research into previously classified records and with survivor first-hand accounts far surpasses that of anyone who has touched upon this topic before, and he deserves great credit for rescuing this important story before it was lost forever in the fog of the past. It is not a tale for the faint-hearted. Although the subject covers too broad a time and geographical area to permit in-depth narratives of every prison ship voyage, Michno does provide a wealth of survivor stories illustrating the experiences of these unfortunate men and women. Anyone who reads the history of this tragic episode of modern war will not soon forget it.

Amazon Customer
5.0 out of 5 stars Five Stars
Reviewed in the United Kingdom on May 4, 2017
Verified Purchase
Very good
Read more
Helpful
Sending feedback...
Thank you for your feedback.
Sorry, we failed to record your vote. Please try again
Report abuse