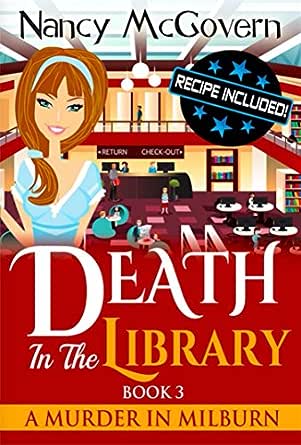 You've subscribed to A Murder In Milburn! We will preorder your items within 24 hours of when they become available. When new books are released, we'll charge your default payment method for the lowest price available during the pre-order period.
Update your device or payment method, cancel individual pre-orders or your subscription at
Your Memberships & Subscriptions
There was an error. We were unable to process your subscription due to an error. Please refresh and try again. 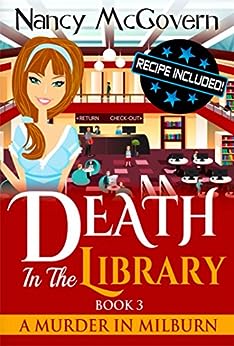 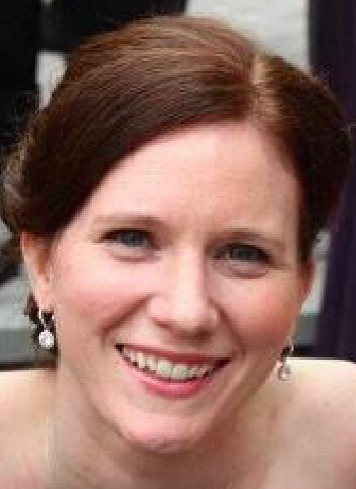 Death In The Library: A Culinary Cozy Mystery With A Delicious Recipe (A Murder In Milburn Book 3) Kindle Edition 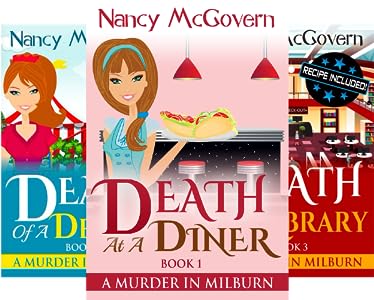 4.4 out of 5 stars
4.4 out of 5
55 global ratings
How are ratings calculated?
To calculate the overall star rating and percentage breakdown by star, we don’t use a simple average. Instead, our system considers things like how recent a review is and if the reviewer bought the item on Amazon. It also analyzes reviews to verify trustworthiness.
Top reviews

angelpeaches
5.0 out of 5 stars Death In The Library: A Culinary Cozy Mystery...
Reviewed in the United States on March 24, 2017
Verified Purchase
Death In The Library: A Culinary Cozy Mystery...has Nora still working on opening up the diner of her dreams. This time though, she has taken on another partner, Tina, who also shares Nora's dream of opening up the diner. Tina's husband Sam has his sister Selena (who is a writer) staying at their house for a visit. Tina and Selena don't get along, which causes tension between Sam and Tina. Both Selena and another writer, Robert Foxworthy are scheduled to speak at the library. Robert used to go under a different name, so people weren't aware that Selena and him have a past history. The town only knows him by his birth name and that at one time Selena and him were dating. But things didn't work out for them and they both went their separate ways. After their speaking engagement, which didn't end well (Selena walked out on Robert at the library) Selena was to meet Robert at the library later that night and ends up getting killed. Sean (Harvey (Nora's boyfriend) is Sean's half brother) escorts Robert out of town, but Robert sneaks back into town, making him the prime suspect in Selena's murder. But then, after Robert's arrested and makes bail, Nora thinks after talking with him, that he's innocent and sets off to find out who really killed Selena. Harvey and Sean, along with her other friends tell her to not get involved. Let the police handle it she was told. But, that never stopped Nora before. She sets out to find out the truth and puts herself into danger, which has her ending up in the hospital. Is this another excuse, since her best friend Raquel was killed at the diner, not to open it? Who did kill Selena? There are past secrets and relationships that factor into who did this. The author doesn't disappoint her readers with yet another great read in this series.
Read more
One person found this helpful
Helpful
Comment Report abuse

Beckett ShionaTop Contributor: Pets
2.0 out of 5 stars Indifferent writing and unlikeable characters
Reviewed in the United States on January 19, 2017
Verified Purchase
I found the occasional grating error in grammar and/or sentence structure in this book to be surprising, seeing that the plot concerned two rival book authors. (Examples: "They moved slow...." Uh, it is SLOWLY. "...how high strung we writers are..." HIGHLY. "I guess us men..." It is WE.) The author also doesn't seem to know the difference between a step-sibling and a half-sibling. If they share a parent, it's a half-sister or half-brother. But aside from indifferent writing, the thing I found most off-putting about this book was the fact that I really found none of the characters likeable. I prefer to befriend the characters in the novels I read, and I just really didn't like any of this argumentative, dysfunctional people, from the insecure, macho boyfriend to the caretaking half-brother who spends so much of the story doped to the gills on sedatives. I gave up about one-third of the way through and deleted the book from my Kindle.
Read more
5 people found this helpful
Helpful
Comment Report abuse

Einsam
5.0 out of 5 stars How dangerous is the library?
Reviewed in the United States on July 2, 2016
Verified Purchase
Nora Newberry is a Chef and Caterer. Her new BFF, Tina is helping her with a project in their home town of Milburn, Wyoming.

While catering an even in the town’s library, Nora meets Selena, Tina’s sister-in-law and Robert Foxworthy. Selena and Robert are both successful authors that have been asked to give talks in the library, related to the writing process. This event was an effort to raise funds to support the library and make some much needed renovations.

All is going well until the first break when Selena and Robert got into a loud argument. Selena walked out of the room to give herself time to “cool off”, but never returned.

The next morning when Grant Mackomb, the librarian, opens the library he finds Selena dead in among the books.

Now Sean, the Sheriff must find the murderer and there is no shortage of suspects. Was it Robert Foxworthy the author who fought with her the night before? Maybe it Brett Almond, the mayor, or his wife, May! Perhaps it was Tina, who also had a very public argument with Selena the night before. Maybe it was the librarian, who says he knows the place like the back of his hand and has even hinted that there are tunnels originating in the basement of the library.

Nora is certain of one thing, the secrets of the town’s people could lead to the culprit, but getting them to reveal those secrets can be downright deadly.

CozyreadersTop Contributor: Cooking
5.0 out of 5 stars Links Between Past and Current Murders
Reviewed in the United States on January 30, 2017
Verified Purchase
Nora Newberry, and her friend, Tina are getting ready to open the 'Madness Dinner' in just over two weeks.

Tina has other worries as well as how menus might look. Tina's aggravating Sister-in-Law, Selina, who is a well-known author, is staying with Tina and her husband, Sam. In Sam's eyes, Selina can do no wrong, and Tina finds a lot wrong with her.

All is silenced, when to their shock, Selina is found murdered in Milburn, Wyoming's library. Being as this is such a small town, it appears that there are many possible suspects, not to mention, the home town boy, who used to date Selina, and has returned as an author, in his own right, with a new name. All circumstantial evidence points to him...but Nora has her doubts.

Arguing with her own boyfriend to let the police do their jobs, Amateur Sleuth, Nora just can't let an injustice run. Especially, as there might be a link to a fifty year old murder case as well.

This tale was well written and the characters well formed. For me, this was a quick read. Will be looking for book four soon.
Read more
Helpful
Comment Report abuse

Edith Horgan
5.0 out of 5 stars Twists in these books keep your interest!!
Reviewed in the United States on April 22, 2018
Verified Purchase
Nancy McGovern is such a good mystery writer. I read this book straight through after finishing the previous one "Death of a Deputy". I love her characters & enjoy so much reading about Nora & Harvey. She knows how to put the twist in her books to make it hard to pick the right character for the murderer. I love her books. It's great to get to read a decent book & enjoy it without all the sex scenes that a lot of today's authors put in their books. Thank you Ms. McGovern for giving me back my love of reading mysteries by keeping your books clean. It is a joy to read your books & I hope you keep writing them - they are SO wonderful!!
Read more
Helpful
Comment Report abuse
See all reviews

Kindle Customer
4.0 out of 5 stars Books, skeletons and murder
Reviewed in the United Kingdom on May 30, 2017
Verified Purchase
A good light cozy. Don't be put off by any errors in proofing as they don't affect the story. Can skeletons in the cupboard be enough to cause murder? The characters were slightly off (compared to previous books) but still an enjoyable read.
Read more
Report abuse

Suzanne
3.0 out of 5 stars Pretty good
Reviewed in Canada on February 5, 2019
Verified Purchase
Not too bad, quick paced. Nice mix of characters and suspect's. I just found the story to be a bit unbelievable, how Nora is so prominent throughout the story, she just was to full of herself n was in everyone s face all the time n no one seemed to think anything of it, otherwise the story itself was pretty good..thanks Suzanne
Read more
Report abuse

Toots Sullivan
4.0 out of 5 stars A light read
Reviewed in Australia on March 9, 2020
Verified Purchase
This is a light read even for a cozy. Yet it is still enjoyable. Secrets and lies are uncovered and threaten others in this plot. There is also heartbreak and a testing of trust. Yet it is still a lightweight read, no real depth.
Read more
Report abuse

Colleen Thistleton
4.0 out of 5 stars Hard to put down
Reviewed in Australia on January 14, 2020
Verified Purchase
Another cook (soon to be co-owner of a diner) who is a sleuth, with a very different story to tell. A series of crimes over many years. Some interesting protagonists and a slightly unexpected villain. A good read.
Read more
Report abuse
See all reviews