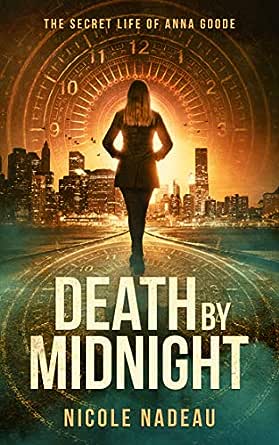 You've subscribed to The Secret Life of Anna Goode! We will preorder your items within 24 hours of when they become available. When new books are released, we'll charge your default payment method for the lowest price available during the pre-order period.
Update your device or payment method, cancel individual pre-orders or your subscription at
Your Memberships & Subscriptions
There was an error. We were unable to process your subscription due to an error. Please refresh and try again. 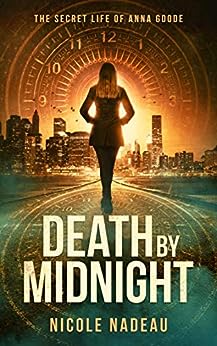 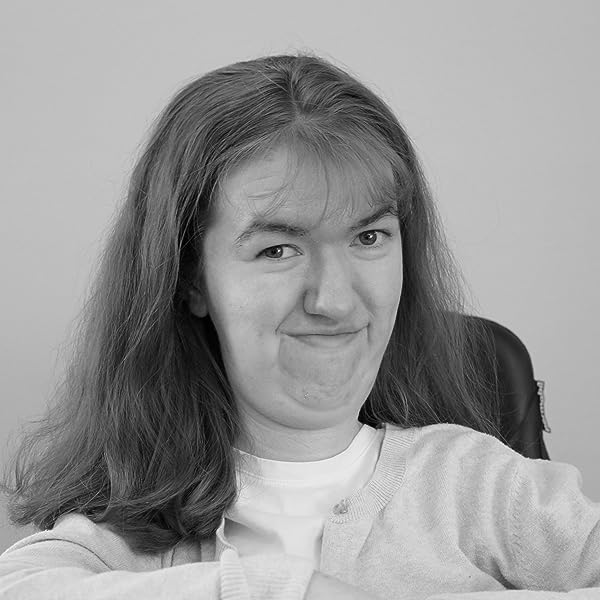 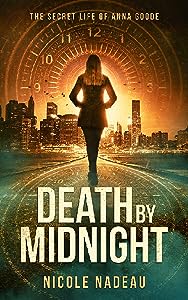 "Reading Death by Midnight is like being thrown into the deep end of the pool with a tornado bearing down, but in a good way! The thrills begin right away and the intense scenes do not let up...Nicole Nadeau is a creative genius. Death by Midnight is everything a spy novel should be, fiendishly readable and totally unputdownable!" - Amanda Murello, Indies Today

"The story is gripping with enough twists and turns to keep the reader satisfied, and to keep the plot racing...I would definitely recommend this book to readers who like espionage, strong female characters, and grounded fiction." - Anna Kahn, The Wood Between The Worlds

"The plot is action packed and the story moves along at a fast clip...Death by Midnight is a fun adventure which contains all necessary the elements of compelling storytelling." - Walter Rhein, Medium

Sandra's Book Reviews
5.0 out of 5 stars Well-written and captivating, this action-packed tale
Reviewed in the United States on May 29, 2020
Verified Purchase
Anna Goode is your typical teenager living in Washington, DC. Smart and witty, she really wasn’t like most girls. In fact, she was typically the odd-girl-out, especially with the popular ones—the mean girls that tormented her daily. With an IQ higher than Einstein, Anna was considered a genius but brandished a freak nerd by the other kids. The only one that ever treated like a normal teen was her best friend, Jake. Nonetheless, Anna’s smarts were both a blessing and curse. And that was why she kept her talents hidden. With the scientist in her, she secretly worked on these astonishing inventions, like sunglasses that could snap pictures, a voice-amplifying watch, and a ring that shocks you with electricity. What a cool kid!

Then some Russian thugs attack her household, kidnapping her and her parents. She manages to escape, but the head mobster will kill her parents unless she gives him what he wants. Who else but a genius could steal a dangerous virus and build a weapon? From that point forward, it’s a race against time.

Anna and Jake make a great team—fearless spy kids. You may not think that a nerd like Anna could hold her own against these mobsters, but she surprises you in the end. That girl kicks a#@! Well, she was going to need every ounce of strength against the Russians, which were bunch of scary dudes. I also liked that Jake was there for Anna every step of the way, being her protector and having her back.

As Anna gets closer and closer to the climactic end, she has to make a choice. Can she risk others by finishing this assignment? And, if she doesn’t, can she sacrifice her parents to save the world? Sacrifice the few to save the many?

Lisa Brenner
5.0 out of 5 stars Death by Midnight - Nicole Nadeau
Reviewed in the United States on March 10, 2020
Verified Purchase
Initially purchased this book as the author is my great-niece - am very impressed by her dedication & talent! The Anna Goode character is an inspiration, not only to young girls her age, but to those who are unique - she is a genius, an inventor, considered a nerd, & bullied by peers. She also proves to be a hero with her resourcefulness & quick thinking in dangerous situations. Anna Goode may well be the modern-day Nancy Drew, a detective series my mother loved & passed on to me. Well written, with surprises & twists - thoroughly enjoyed Death by Midnight & am looking forward to Anna's future adventures!
Read more
Helpful
Comment Report abuse

malm1113
4.0 out of 5 stars Could not put it down
Reviewed in the United States on February 22, 2020
Verified Purchase
I could not put it down. It is an entertaining read and is based on a new and fresh tale. The characters are well developed and the story flows seamless. Warning. Once you start, you'll want to finish it in one sitting. I hope the author writes a sequel!
Read more
Helpful
Comment Report abuse

Amazon Customer
5.0 out of 5 stars Exciting book
Reviewed in the United States on December 8, 2019
Verified Purchase
Started reading this book and couldn’t put it down. I had to keep reading to see what Anna would do to save her parents. It is well written and I’m waiting for the next book to see what Anna and her friend will get involved in next. Ordered 3 more for friends for Christmas. Nicole is an amazing lady. Congratulations on your first book!
Read more
Helpful
Comment Report abuse

Rooster
5.0 out of 5 stars Need to read if you like adventure!
Reviewed in the United States on January 26, 2020
Verified Purchase
Great read ( especially for our teens.) Exciting plot that keeps you turning the pages to discover what's next.
Read more
Helpful
Comment Report abuse

Joyce Dicken
5.0 out of 5 stars An Enticing adventure !
Reviewed in the United States on January 20, 2020
Verified Purchase
A great adventure with Anna & her best friend Jake as they race against time to save Anna’s parents - & the world from a bio-terrorism attack! I can’t wait for their next challenge!
Read more
Helpful
Comment Report abuse

Craig
5.0 out of 5 stars Great book!
Reviewed in the United States on December 30, 2019
Verified Purchase
I’m not much of a reader...but I really enjoyed this book. I am already excited to read the next when it comes out. I think this would make a great movie!
Read more
Helpful
Comment Report abuse

Kim Nadeau
5.0 out of 5 stars Excellent book, couldn't put it down
Reviewed in the United States on December 28, 2019
Verified Purchase
Got lost in the story and characters. It was hard to stop at the end of each chapter and can't wait for Book 2!!
Read more
Helpful
Comment Report abuse
See all reviews from the United States

RW in Darkest
5.0 out of 5 stars Entertaining and Imaginative
Reviewed in the United Kingdom on March 21, 2020
Verified Purchase
This is the first of the ‘Secret Life of Anna Goode’ series, and has started with a bang!
In the beginning, we meet the main antagonist, Komarov, who is a ruthless adversary, and will stop at nothing to achieve his ends, and our CIA contact, Daniels, who seems at a loss to keep up with the villain. Chapter two cuts to Anna, a teen (16?) who is happiest, tinkering with what she calls, ‘her inventions’. When we hear about how badly Anna has been treated at school, by her nemesis, Amber, I was wondering whether this was going to be another high school soap, but things change drastically when Anna’s home is invaded in the night, her parents are abducted and Anna barely escapes with the aid of her bosom pal, Jake.
Komarov is soon in touch, and has a series of tasks for Anna to complete before he will release her parents, but we, the readers, suspect that as soon as she has finished, he will kill them, and probably Anna as well. Despite knowing this, Anna and Jake go on a series of daring missions to collect mysterious phials of liquid from secure establishments to deliver to Komarov. Anna realises he has someone on the inside in each of these cases, but there is no way of telling at this stage. Can she complete these on the tight timescale she has been given, and save her parents? Even if she does, Komarov has one last task, which will challenge her creativity to the limit.
The whole affair is meticulously timed, and the main action takes place over the three days leading up to the new year celebrations in New York.
While the writing is a little raw in places, and I would have liked to see more of Anna’s alleged genius in action, the proofing is faultless, and this work deserves the full five stars for the way it continually grips the reader, and urges one to carry on. I do my reviews during sleepless nights—usually the subject matter sends me off nicely. Not so here. I was kept awake until dawn on three separate occasions, and finished the book in record time. I look forward to reading the next one.
Essentially for the YA market, this could, with some editorial guidance, become a full adult thriller. Nicole has the imagination and the talent to take it to the next level. Well done.
Read more
Helpful
Sending feedback...
Thank you for your feedback.
Sorry, we failed to record your vote. Please try again
Report abuse