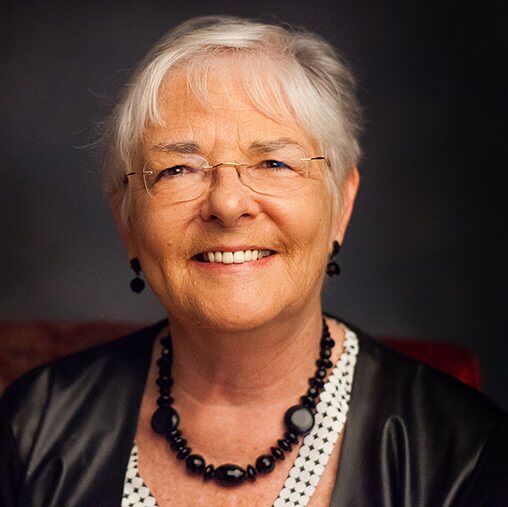 McNamara's suspenseful third Emily Cabot mystery (after 2009's Death at Hull House) convincingly recreates a pivotal moment in American labor history. In 1894, independent reformer Cabot gets involved with the downtrodden residents of Pullman, a town south of Chicago founded by railway magnate George Pullman as a model community for his workers. When Pullman, despite his idealistic intentions, slashes wages in the wake of a national recession, railway men, forced to choose between food or rent, threaten to strike. After a suspected spy for Pullman's company is found hanged, the police discover that the man was bludgeoned to death first. Cabot fearlessly throws herself into both the murder investigation and the struggle to keep the violence from escalating. Besides plausibly depicting such historical figures as Eugene Debs and Nellie Bly, McNamara throws in some surprising twists at the end. Laurie King and Rhys Bowen fans will be delighted. (Mar.)
(c) Copyright PWxyz, LLC. All rights reserved.

Start reading Death at Pullman (Emily Cabot Mysteries Book 3) on your Kindle in under a minute.

3.6 out of 5 stars
3.6 out of 5
6 global ratings
How are ratings calculated?
To calculate the overall star rating and percentage breakdown by star, we don’t use a simple average. Instead, our system considers things like how recent a review is and if the reviewer bought the item on Amazon. It also analyzes reviews to verify trustworthiness.
Top reviews

Jody M Clark
4.0 out of 5 stars Hard Truth
Reviewed in the United States on January 11, 2014
Verified Purchase
Sometimes it is easier to read about the past in fiction but, in Death at Pullman, McNamara has recreated such a sense of hope and despair her story made me feel the challenges of the time more deeply than any nonfiction account has accomplished. Now that I have completed the story, I can applaud the author.
Read more
Helpful
Comment Report abuse

D. F. Illk
5.0 out of 5 stars Wonderful!
Reviewed in the United States on January 11, 2013
Verified Purchase
This is an excellently written and thrilling book! The author brings us into this world and makes us relish every new word of the story. Read all this author's books!
Read more
Helpful
Comment Report abuse

bookfan
3.0 out of 5 stars death at pullman
Reviewed in the United States on July 25, 2011
Verified Purchase
A good book. The mystery aspect is the weakest part. The historical background of women's rights, labor turmoil, Chicago history, etc., are quite good. Well worth reading.
Read more
2 people found this helpful
Helpful
Comment Report abuse

Kay Crandall
1.0 out of 5 stars Death at Pullman
Reviewed in the United States on August 27, 2011
Verified Purchase
I thought this book would be very interesting - I love historical mysteries. However, this book was VERY boring - the author kept saying the same thing over and over until I got sick of reading it! The ending of the book was laughable - highly improbable! The book seemed to be written at a grade school level and I had to force myself to finish it. I'm very sorry, but I can't recommend this book
Read more
3 people found this helpful
Helpful
Comment Report abuse

Dr. R. Berg
5.0 out of 5 stars In Old Chicago: Three by Frances McNamara
Reviewed in the United States on June 30, 2012
I've read Death at the Fair, Death at Hull House, and Death at Pullman. They are all extremely well written, set in the last decade of the Nineteenth Century, with a mixture of real people--George M. Pullman, Jane Addams, Ida B. Wells-Barnett, Florence Kelley, and Nelly Bly--and fictional characters, Emily Cabot, her brother Alden, and her friend, Dr. Stephen Chapman. The three books give one the experience of what life was like for the poor and the recent immigrants, workers in sweat shops trying to support their families, women whose husbands terrorize them, and people who will help them.

The first book, Death at the Fair, takes place at the 1893 World Fair which was located on the Midway in Chicago, near the University of Chicago campus. The Fair celebrated the 400th anniversary of Columbus' first voyage to the New World, and featured the newest developments in science and engineering. The present Museum of Science and Industry is the only building still standing from the Fair. It was the Palace of Art (art gallery) and built with concrete instead of wood. In the book we meet the very wealthy citizens, the first female students at the University, and experience the prevalent racism and sexism in the City. We see tourists come to the Fair, and the thugs and politicians influencing happenings in the City. There are wonderful descriptions of the University of Chicago campus, especially Cobb Hall where I took many courses more than 50 years later and and the women's dorm where I lived, which may interest other alumni/ae in the three books.

The second book, Death at Hull House, shows what life was like at the Settlement House. There were groups teaching English and school subjects to immigrants, childcare, discussion groups and cultural groups of all kinds in the evenings. There was food and living quarters for those who lived in Hull House or needed a meal. Some staff of Hull House, Florence Kelley and helpers, followed garbage wagons making sure garbage was picked up. She and other staff went to places where immigrant women were sewing piece work long hours of the day for low wages and told the owners about labor laws forbidding such long hours of work under poor working conditions. The Hull House staff tried to bring about change. A small pox epidemic broke out, killing lots of people who hadn't been vaccinated. People were afraid of being vaccinated. Lots of people died. People stopped coming to classes at Hull House, and staff helped where they could, getting people vaccinated and those infected to places where they could receive care. One sees Jane Addams' respectful, wise philosophy in action and its effect on people from different cultures and social classes.

The third book, Death at Pullman, shows what living in the Pullman community was like and how the workers suffered before and during the Pullman railroad strike of 1894. Pullman cut workers' salaries during the Depression of 1893, but not their rent; he expected to continue to make an annual 6% profit on houses he rented, the stores he rented, and even the place of worship. The company planted spies to do damage and then to justify a harsh response. Jane Addams and workers at Hull House tried to collect and provide food to prevent starvation. Addams also offered to help mediate the strike and some of her workers tried to provide medical assistance to the people. This is an excellent book which helps us to relive and understand the experience of workers living in the Company Town of Pullman during the strike and those trying to help them. Visitors to Chicago may view the Pullman area which is being restored.

These three books are a wonderful way of experiencing life in Chicago in 1893 and 1894. Enjoy the Mysteries!