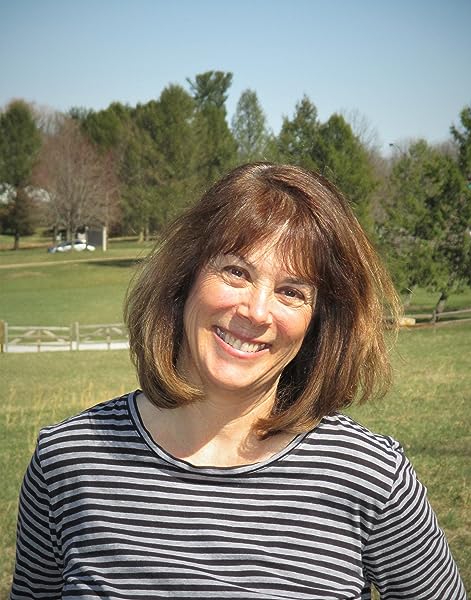 Death of a Rainmaker: A Dust Bowl Mystery Paperback – October 2, 2018

by Laurie Loewenstein (Author)
4.5 out of 5 stars 66 ratings
See all formats and editions Hide other formats and editions
Read more Read less
Inspire a love of reading with Prime Book Box for Kids
Discover delightful children's books with Prime Book Box, a subscription that delivers new books every 1, 2, or 3 months — new customers receive 15% off your first box. Learn more.
click to open popover

"Set in Vermillion, Okla., in 1935, this superb series launch from Loewenstein...beautifully captures the devastation of the land and people in the Dust Bowl."
--Publishers Weekly, STARRED review

"This richly detailed historical mystery brings the Dust Bowl to life, with the hardscrabble farms and semirural community barely coping with the losses of farms and local businesses. This evocative first volume in a new series should appeal to readers of Larry D. Sweazy's Marjorie Trumaine mysteries or Donis Casey's Oklahoma-set Alafair Tucker books. Fans of narrative nonfiction, including Timothy Egan's The Worst Hard Time, the book that inspired this work, may also want to give it a try."
--Library Journal, STARRED review

Selected as a Great Group Reads pick for 2019!

"Loewenstein movingly describes the events and the people, from farm eviction auctions and hobo villages to Dish Nights at the movies. She vividly brings to life a town filled with believable characters, from a young woman learning her own worth to the deputy sheriff figuring out where his loyalties lie. This warm and evocative novel captures a time and place, with well-researched details shown through the lives and circumstances of one American town."
--Kirkus Review

"Death of a Rainmaker is far more than a murder mystery set in the Dust Bowl of the 1930s. It is a poignant recollection of the desperation of farmers whose land, livestock, and household are in foreclosure, a stunning description of a dust storm that leaves imaginary specks of dirt on the reader's neck, a sensitive rendering of tough times and their toll on the psyche. Some books have such fine character detail--McCance's choice of a Common Sense Traveler's Notebook, suitable for a professional lawman, not a 'CCC pity case,' for example--and complex, nuanced storyline that the reader naturally slows down to savor the experience. This is one of them."
--Historical Novel Society

"Readers will be completely absorbed in the lives of Loewenstein's characters who epitomize the extraordinary resilience of small-town folks caught in the throes of the Great Depression...Loewenstein manages to connect an enticing murder mystery with riveting historical fiction that places the reader directly in the dusty shoes of her characters."
--Reviewing the Evidence

"Loewenstein is establishing herself as a master of nuanced historical fiction, especially when it comes to the political infighting and swirl of intrigue around small communities in the early half of the 20th century. Loewenstein is a talented researcher with an eye for the historical detail, but also a gifted storyteller capable of breathing life into a wide cast of characters. For historical fiction readers, this is an author to watch."
--CrimeReads

"If you liked The Dry by Jane Harper or love historical mysteries with strong settings, try Death of a Rainmaker: A Dust Bowl Mystery by Laurie Loewenstein."
--Vernon Area Public Library

"This story visits the plains where the wind blows mercilessly and gives old and young dust pneumonia that most don't survive. It's not an easy life here, and finding a murderer isn't easy either...If you like historical mysteries, this will be a good one for you."
--Journey of a Bookseller

"Just like in her first novel, Unmentionables, Laurie Loewenstein offers vivid storytelling and a fine eye for evoking small-town life in America's heartland."
--Reading the Past

"I've always been fascinated with the lives of the little people during the Great Depression and Dustbowl. I understand, I think, how economically our country was driven to this time but I want to peek into the windows of the people who live in their everyday houses in their anywhere towns trying to hold on for one more day that I’m interested in. Laurie Loewenstein has parted the curtains for us in Death of a Rainmaker."
--Denice's Day

"The compassion Etha and Jennings feel for their neighbors and for the young vagrants pushed out by families unable to feed them permeates this excellent series opener."
--Stop, You're Killing Me!

"Laurie Loewenstein's vivid Death of a Rainmaker is at once an engrossing yarn, an elegant inquiry into human desperation, and a portrait of Depression-era America so searingly authentic that the topsoil practically blows off each page."
--Louis Bayard, author of The Pale Blue Eye

"Reading Death of a Rainmaker is like slipping through time right into a 1930s black-and-white movie. Suddenly you live in Jackson County, Oklahoma during the Dust Bowl, and you know what the cinema, hardware store, and courthouse look like. The townspeople are your family, and you care so deeply about what happens to them that you can't tear your eyes from the pages of this book. It's odd for a story about a murder to be gentle and generous, but this one is. I fell in love with everyone in town--except of course those who turned out to be trouble. Laurie Loewenstein has a knack for writing the early twentieth century. I sure hope this is a series, because I'm smitten."
--Robin Oliveira, author of The Winter Sisters

"As if the black blizzards of the Dust Bowl weren't worrisome enough for an Oklahoma sheriff and his spunky wife, in Death of a Rainmaker Laurie Loewenstein piles on even more troubles: a murder victim's corpse buried in a sandstorm, an array of possible perpetrators, a small community already fractured by secrets and swirls of distrust, and a contentious election in which the sheriff's honesty and competence are on the ballot. Like the storms themselves, the plot powers its way across the landscape and seeps into everything it encounters."
--Dayton Duncan, author of The Dust Bowl

"During one of America's most devastating periods, the Depression-era Dust Bowl, a huckster is murdered as a dust storm hurtles toward a small Oklahoma town. What follows is an authentic tale of the drought-stricken southern plains, and a lovingly and eloquently told murder mystery. It is not only the unfolding plot and the metaphorical obscuring of truth by dust, but Loewenstein's masterful prose--with its tender language and skillful resonance--that will captivate readers and keep them enthralled. Death of a Rainmaker is both a gripping tale of murder, and a glimpse into resilience and love in a time of savage loss, scarcity, and fear."
--Leslie Schwartz, author of The Lost Chapters

"When the wind comes sweeping down the plain in Death of a Rainmaker, Laurie Loewenstein takes your breath away. Her haunting and vivid prose deftly describes the opening chords of a dust storm that left families sick with dust pneumonia or dead broke. In this gripping tale of a sheriff searching for a killer in a dying town, Loewenstein rounds up characters with true grit, cunning, and kindness."
--Mary Kay Zuravleff, author of Man Alive!

"Death of a Rainmaker is a jewel of a novel. The scenes and characters are so vivid and alive that you forget that the Internet and interstate roads haven't been around forever. Loewenstein is a born storyteller who writes scholarly based page-turners. Overlaying it all is the rainmaker's story and death. It’s a read you won't forget."
--John Bowers, author of Love in Tennessee

Laurie Loewenstein is the author of the novel, Unmentionables. An Ohio native, she currently lives in Columbia, Maryland.