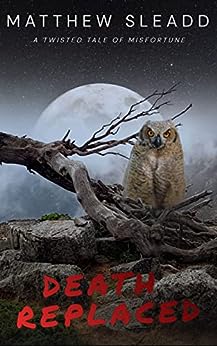 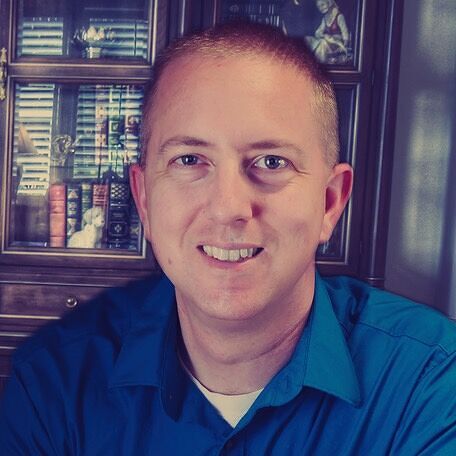 by Matthew Sleadd (Author) Format: Kindle Edition
See all formats and editions
Sorry, there was a problem loading this page. Try again.
An untimely death leads to a second chance on the other side...

Riley is at the ultimate low. After leaving pharmacy school with mountains of debt, he accepts a minimum wage job as a glorified shelf stocker in a small Virginia town. He can’t pay his student loans, rent, or afford much food. And his biggest setback: getting shot and killed during a standoff with police.

But unlike most deaths, this one comes with a job offer and an opportunity to turn his life around.

After two-thousand years working as the Angel of Death, Azrael is out of touch with humanity. He needs a replacement—and has his eye on Riley—who hesitantly agrees. The transition goes anything but smoothly; Azrael rushes through training then leaves without warning. Riley is uncertain about his new job responsibilities and mistakenly kills a demon—who retaliates on the mortals. Now lives are at stake, souls kidnapped…and fate lies within the hands of a rookie.
Read more
Previous page
Next page

After serving for thirteen years in the U.S. Army — including three combat tours in Iraq and Afghanistan — Matthew Sleadd is hanging up his uniform to pursue a writing career. Like millions of people around the globe—especially those who have witnessed war firsthand — he battles daily mental health. Writing is a therapeutic way to creatively transfer his internal struggles onto paper. His genres include Urban Fantasy and

Dystopian Science Fiction — and while none of his stories or events are based on real people — there are often elements of hidden truth in his writing.

Mathew lives in Columbus, Georgia, with his wife. He’s a devoted father to an 18-year-old son and a 6-year-old daughter. He and his family are big Disney fans and love hopping over to Florida to spend time with the famous mouse.

Stephen S
5.0 out of 5 stars So much fun
Reviewed in the United States 🇺🇸 on May 14, 2022
Verified Purchase
Just like I said “so much fun” bravo. I laughed and was compelled to keep reading, well done. A great story filled with twists and turns.
Read more
Helpful
Report abuse

Joseph Feliciano
5.0 out of 5 stars Good Job on Originality
Reviewed in the United States 🇺🇸 on July 16, 2022
The writing structure was a bit bumpy at times but outside of THAT it gets five stars for its original ideas and exceptional storytelling. Series can be a major turnoff but I actually wanted more.
Read more
Helpful
Report abuse

Kindle Customer DVH
5.0 out of 5 stars Death with a twist
Reviewed in the United States 🇺🇸 on April 18, 2022
Death Replaced: A Twisted Tale of Misfortune is a novel by Matthew Sleadd. The story centers around Riley Brewer, a pharmacist. How Riley moves from his life to become the Angel of Death is interesting. I couldn't put the book down. I found the characters to be well written, but, I was captivated by the story. Riley tries to do what he feels is right, but, it seems to backfire. Azrael is the current Death and his sidekick is an owl, Strix. This book for me was so enjoyable and I couldn't decide what Riley would do next. I think Riley must give Death a headache! This story is a must read. I received an arc for free and am leaving my review voluntarily.
Read more
One person found this helpful
Helpful
Report abuse

Mayra&John
5.0 out of 5 stars Loved it!
Reviewed in the United States 🇺🇸 on May 3, 2022
I really enjoyed this book. It was totally off the wall. Good character development and a solid zany story. Definitely recommended!
Read more
Helpful
Report abuse

Amazon Customer
3.0 out of 5 stars Another Death In Training story
Reviewed in the United States 🇺🇸 on June 8, 2022
Thanks to Booksirens and the author, I received an advance review copy for free, and I am leaving this review voluntarily.

The story synopsis for this one caught my eye. It reminded me of Piers Anthony's On A Pale Horse, and so I had to check it out. The story started out well, giving us a good setting for the MC, and how he ended up to where we are in current story-time. There is brief mention at the start about Death itself, but there are a couple small sections that reveal him, leading up to the replacement. Now the whole idea of Death needing a replacement, due to being 'out of touch with humanity' leaves me scoffing a bit, but for story purposes, I was content.

From this point, the story is nothing more than one philosophical idea of how the"job" of Death should be done. Obviously, a rookie thrown into the position without much instruction is going to screw things up, and that does happen. Demon-type dogs are our anti-heroes, and there are several confrontations between our rookie of Death and the canines. Our MC is constantly remionding the readers about his viewpoints, in fact, for me it got a bit repetitive. I started to skim pages rather than read them.

Overall, it was not a bad read. The idea of a new Death in training is not a new one, though this one had a a little different version. I liked a little of the twist at the end regarding who holds Death as title (no spoiler). I was a bit not happy about the seemingly (to me) repetitive philosophy (-ies) that seemed that the MC had to share constantly.
Read more
Helpful
Report abuse

Gunner.Towny
5.0 out of 5 stars A different take on the Grim Reaper
Reviewed in the United States 🇺🇸 on May 12, 2022
Verified Purchase
This was a different take on the Angel of Death, Grim Reaper or whatever name we give the entity that guides ones soul after death to their final resting place on the next plane of existence. The main character basically gets recruited by the current Angel of Death because he has been doing it a long time and wants out. About half of the book is background about the main character's earthly existence, and the issues he gets himself into. The last half of the story was more of the supernatural aspect, and of other beings that reside within the dimension after death. For me this was a well written story that flowed well, and a good read which I enjoyed immensely. This looks like the beginning of a series in which I look forward to the next one from the author.
Read more
Helpful
Report abuse
See all reviews
Report an issue
Does this item contain inappropriate content?
Report
Do you believe that this item violates a copyright?
Report
Does this item contain quality or formatting issues?
Report