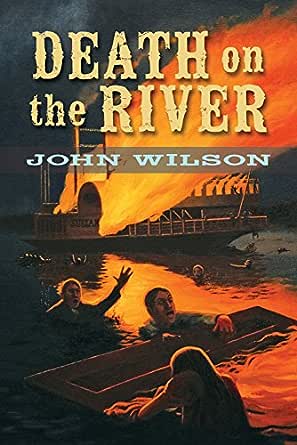 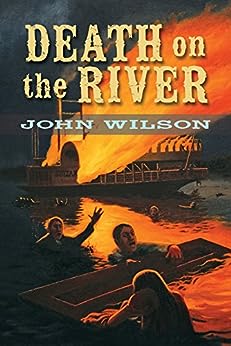 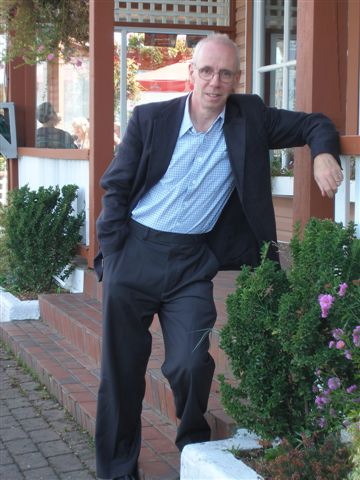 Death on the River Kindle Edition

"This riveting look at the Civil War's horrifying Andersonville prison through the eyes of an 18-year-old inmate has the power to shock and to compel young readers' interest while uncovering exciting history for them. Wilson doesn't shove the history down his readers' throats. He merely writes a tension-filled story packed with appalling events that really happened...This engrossing novel leaves an enduring impression.", Kirkus Reviews

"Teen fiction rarely gets so involved with notions of morality in war, and this is a thoughtful, provocative work.", Booklist

"This historical coming-of-age novel is so filled with adventure that it might very well lead its young readers to search for more books on the American Civil War… Here's hoping that books like Death on the River help spawn a new generation of amateur historians.", Book Chase blog

"The strength of the novel is in Wilson's descriptions of both the moral and physical filth found at the prison camp. Readers feel Jake's disgust and fear.", School Library Journal

"John Wilson has crafted a compelling story that seamlessly incorporates a number of key events in American history… This sense of connection with the past that Wilson's story inspires is one of the novel's strongest features. Recommended.", CM Magazine

"[An] engrossing, vivid and even horrifying read that cannons into the United States' bloody 1860s… Offer[s] some startlingly resonant moments for his adolescent audience.", The Globe and Mail

"[Wilson] does a great job. In fact, sometimes in Death on the River if anything it's too good an illumination. Though he (thankfully) brings little of the actual gore, we feel the horrors of war very keenly. It's a lesson it's always good to remember: one we are not able to forget.", January Magazine

"Jake is a believable protagonist who matures and gains integrity by the end of the story. Perfect for reluctant readers needing a historical fiction or a novel set in the Civil War era.", VOYA

"[Wilson] has captured the struggles of young soldiers faced with making impossible choices in order to survive in war…Wilson's gripping descriptions of bloody battles, abominable prison conditions, and man's inhumanity to man will capture the imagination of readers wanting to know more about the American Civil War.", Resource Links

"The story does a good job of illustrating the realities of war and accurate historical details. Recommended.", Library Media Connection

The War between the States has only been over for two months, and the roads and rivers are clogged with men traveling in all directions. Most of them will make it home one way or another. That's the easy part. It's what you bring home inside your head that's the problem.Captured and confined to the confederate prison camp at Andersonville in June 1864, young Jake Clay forms an unlikely alliance with Billy Sharp, an unscrupulous opportunist who teaches him to survive no matter what the cost. By war's end Jake is haunted by the ghosts of those who've died so he could live. Now his fateful journey home will come closer to killing him than Andersonville did, but it will also provide him with one last chance at redemption.

Born in Edinburgh, Scotland, John Wilson grew up on the Isle of Skye and outside Glasgow, without the slightest idea that he would ever write books. After obtaining a degree in geology from the University of St. Andrews, he worked in Zimbabwe and Alberta before taking up writing full time and moving to Vancouver Island in 1991. John is the author of numerous articles, essays, poems and reviews, and almost fifty novels and nonfiction books for kids, teens and adults. He was a finalist for the Governor General's Literary Award (The Alchemist's Dream, 2007), and his books have won or been short-listed for most Canadian children's-literature prizes. For more information, visit johnwilsonauthor.com.

Surviving prison camp is one thing, but can Jake survive his trip home?

The war between the States has only been over for two months, and the roads and rivers are clogged with men traveling in all directions. Most of them will make it home one way or another. That's the easy part. It's what you bring home inside your head that's the problem.

Sam Sattler
4.0 out of 5 stars "It reminds me that I am alive."
Reviewed in the United States on October 12, 2009
Young Jake Clay managed to get himself into the American Civil War just long enough to have his brains scrambled by a blow to the head at the battle of Cold Harbor. But, as it turned out, he was one of the lucky ones because he fell so close to the Confederate lines that he was almost immediately snatched up and taken prisoner. Others, less fortunate, died miserable deaths in the field when General Grant refused a truce during which the dead and wounded from both armies could be cleared from the battlefield.

It is the first taste of battle for Jake Clay and, as big a shock as battle is, he is about to get an even bigger one when he arrives at the Confederate prison in Andersonville, Georgia. Naïve young man that he is, Jake soon finds himself giving William Collins all the cash he has in exchange for promised protection that will help ensure his survival despite the horrible living conditions of the prison camp. Collins, a former big city street thug, is the self-appointed leader of what he calls Mosby's Raiders, criminals who kill and steal from their fellow prisoners at will.

Jake Clay entered Andersonville Prison an innocent boy with high expectations of himself but, by the time he left the camp, he had condoned behavior that shamed him. He might be barely alive, but to stay out of the Andersonville cemetery he had done things, or allowed them to be done on his behalf, that would haunt him for the rest of his life. Little did Jake know that his journey home at the end of the war would offer him a final chance at redemption - an opportunity that would almost kill him in the process.

"Death on the River," aimed at the Teen Market, offers a realistic look at Civil War fighting and the horrors of Andersonville Prison without over-focusing on the gory details. Jake Clay is a Union Army volunteer primarily because his older brother has already been lost in battle and Jake wants to honor his brother's memory. Jake, though, like most soldiers of the period, has little idea what he is getting himself into as his first battle approaches and, like so many others, his first fight will be his last.

This historical coming-of-age novel is so filled with adventure that it might very well lead its young readers to search for more books on the American Civil War, much as I did at that age after I read "Red Badge of Courage" for the first time. Several decades later, I still find myself drawn to Civil War fiction, new histories of the war, and biographies of those who played a role in it. Here's hoping that books like "Death on the River" help spawn a new generation of amateur historians who will move on to Civil War fiction classics such as MacKinlay Kantor's "Andersonville," winner of the 1956 Pulitzer Prize, or Michael Shaara's "The Killer Angels," another Pulitzer winner (1975).

Nicola MansfieldTop Contributor: DC Comics
4.0 out of 5 stars Brutal & Honest Story of Civil War POW Camp
Reviewed in the United States on August 27, 2010
Reason for Reading: John Wilson is a Canadian author whom I have read a few books of and enjoyed. I also enjoy reading Civil War historical fiction.

This is a dark, merciless book which shows one side of war, its heinous toll on life, the bloody injured victims and those people whose characters will let them take advantage of the less fortunate in any situation. The story is that of a just turned 18 year-old, Jake Clay, who joins the Union Army because his brother whom he looked up to was killed in the war. Fresh in uniform he is involved in a battle in which he is taken POW and sent to the Confederate prison camp at Andersonville, one of the worst in history. Thus the story goes on to tell the tale of the prison inmates and daily life, through the eyes of young Jake, as he is taken under wing of an immoral Billy Sharp who knows how to survive at any cost.

A page-turning story and almost too horrible to believe it is based on truth. The author pulls no punches and there are many brutal, disturbing scenes. Though the author does write them in a stark matter-of-fact way without becoming needlessly gruesome in the details. They are true to life and there is one scene in particular that I don't think I'll ever forget. Jake is a realistic character and one who not only suffers physically but also suffers with his morals and that he cannot always remain humane in an inhumane world.

Certainly a unique Civil War story for teens, told through the eyes of a POW. The publisher's recommended age is 12+, however I don't agree with that. I think the book is more appropriate for older teens. Along with all the violence I've mentioned, the protagonist is 18 years old, and the language includes continuous use of the sh- word, along with every conceivable rendition of taking the Lord's name in vain I ever thought possible. For older teens and grown-ups who like to read YA, I heartily recommend the book for an eye-opening look into a nasty piece of US history.
Read more
One person found this helpful
Helpful
Comment Report abuse

TeensReadToo
5.0 out of 5 stars Courtesy of Teens Read Too
Reviewed in the United States on August 18, 2010
When Jake's brother is killed in battle during the Civil War, he decides to join up with the Yankee Army in order to honor his brother's memory.

Taken down in a bloody battle, he's sent off to Andersonville, Georgia, one of the worst prison camps in recorded history. When a soldier without any moral sense befriends Jake, he's flattered, and desperation drives him to turn a blind eye when the man murders, lies, and steals to survive.

When the end of the war grants the prisoners release, Jake is boarded onto an overloaded riverboat going up the Mississippi River. When an engine blows up and everyone is pitched into the river, Jake will have to choose: morality or survival?

Will Jake be able to survive the journey, help others, and save his soul from going down the same dangerous path as that of the Andersonville soldier?

This book does a great job of depicting the horrors of war. There is a fair amount of language and the violence can be disturbing for younger readers. However, the accuracy of the story is amazing, the characters are well-developed, and the plot is engaging.

Readers who like historical fiction, war stories, and survival books will all enjoy reading DEATH ON THE RIVER.