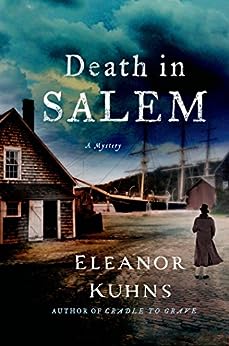 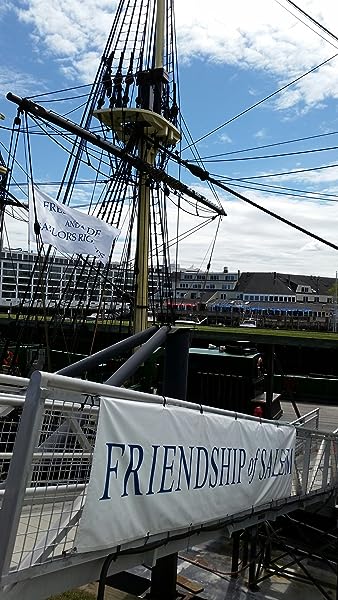 by Eleanor Kuhns (Author) Format: Kindle Edition
Book 4 of 11: A Will Rees Mystery
See all formats and editions
Sorry, there was a problem loading this page. Try again.

It's 1796, and traveling weaver Will Rees is visiting Salem, Massachusetts. He's in town to buy a luxurious gift for his pregnant wife, a few yards of well-made fabric from the traders at the famed Salem harbor. While traveling through Salem, however, Rees comes upon a funeral procession for the deceased Mrs. Antiss Boothe. When Rees happens upon Twig, a friend who fought alongside him in the war, he learns that Mrs. Boothe had been very ill, and her death had not come as a surprise. But the next morning, the town is abuzz with the news that Mr. Boothe has also died—and this time it is clearly murder. When the woman that Twig loves falls under suspicion, Twig persuades Rees to stay in Salem, despite the family waiting for him back home in Maine, and help solve the murder.

Rees is quickly pulled into the murky politics of both Salem and the Boothe family, who have long been involved in the robust shipping and trading industry on the Salem harbor. Everyone Rees meets seems to be keeping some kind of secret, but could any of them actually have committed murder?

Will Rees returns in Death in Salem, the next delightful historical mystery from MB/MWA First Novel Competition winner Eleanor Kuhns.

“Kuhns hits all the right notes--a clever plot, well-rounded characters and a rich sense of place, time and culture--as she successfully weaves all elements together into an intelligent whole.” ―Richmond Times-Dispatch

“Well-constructed…[Kuhns] delivers a logical and surprising solution to this traditional whodunit.” ―Publishers Weekly

“Kuhns' follow-up to Will's debut offers a sensitive look into matters of the heart woven into a nifty puzzle.” ―Kirkus

ELEANOR KUHNS is the 2011 winner of the Minotaur Books/Mystery Writers of America First Crime Novel competition. She lives in Campbell Hall, New York, received her master's in Library Science from Columbia University, and is currently the Assistant Director at the Goshen Public Library in Orange County, New York.

Kindle Customer
4.0 out of 5 stars Great Historical Mystery in Salem MA
Reviewed in the United States on July 18, 2019
Verified Purchase
I am loving this American historical fiction series! This series is set in the Maine territory (Maine was not yet a state) in the 1790's . However, this outing is wholly set in Salem, Massachusetts, because main character Will, a traveling weaver by trade, was asked to investigate a murder there. He felt he had to try to assist his friend, Twig, who saved his life when they were soldiers together in the Revolutionary War. The mystery becomes quite complicated as the bodies pile up. There is terrific living history as we read about the port and the docks and the underground tunnels of old Salem. I had to look up a couple of terms, even "bluestocking," which I think I knew but had forgotten. There is also some plot concerning characters who are ladies of the night. Maybe it was a bit too complicated for me (and almost too complicated for Will), but everything is resolved in the end (as it always is with this series).
Read more
Helpful
Report abuse

Anne
5.0 out of 5 stars Great Story
Reviewed in the United States on January 27, 2016
Verified Purchase
Great story, keeps one wondering what is going on happen next.
Excellent, descriptive writer. So nice to read about Salem in the days when shipping
was a major contributor to the area.
Read more
2 people found this helpful
Helpful
Report abuse

Dorothy G
4.0 out of 5 stars Delightful Mystery
Reviewed in the United States on September 8, 2015
Verified Purchase
A good story that keeps you wanting to read on and find out "who did it". A cliff hanger to the end without a lot of violence etc. Enjoyable mystery.
Look forward to more stories from Eleanor Kuhns.
Read more
Helpful
Report abuse

Cath
5.0 out of 5 stars Great historical mystery
Reviewed in the United States on April 14, 2020
This is the 4th book in the series.

It's 1796. Will is a traveling weaver/loomer from Maine. He travels to Salem (MA) to get some fabric so dresses can be made for his pregnant wife, Lydia. While he is in Salem, he witnesses a funeral procession and then realizes that the town's undertaker is a friend of his. His friend, Twig, informs Will that he believes the person who dies was murdered. Twig knows Will has untied the knots of mysteries in the past and solved murders so he asked Will to look at the body and meet the family. One of the family members hires Will to stay in Salem and solve the murder of his dad. During the course of Will's investigation, he sends Twig to Maine to get Lydia because she provides him with another perspective.

Lydia is from the Shakers and was raised in an affluent family in Boston. She has a child from her first marriage and is pregnant with her first child with Will. They have also adopted four other kids. Each book in the series is a different mystery that needs to be solved.
Read more
Helpful
Report abuse
See all reviews