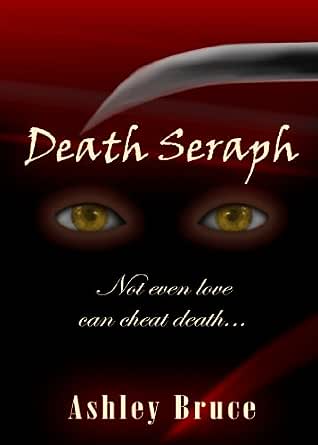 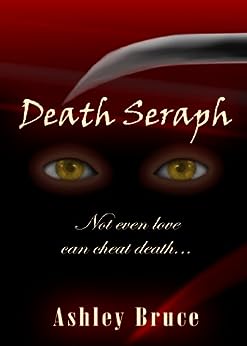 Naja Post
5.0 out of 5 stars Incredible read
Reviewed in the United States on January 15, 2013
Verified Purchase
This was an absolutely refreshing find, for me. Minky is adorable and her aunt reminds me of my own favorite one. Nic, well, he's a jerk but lovable regardless.

Truth be told, the ending left me wanting more of this cheeky little Minky and I wait with baited breath for more!
Read more
Helpful
Comment Report abuse

Roxanne Crouse
3.0 out of 5 stars Interesting idea, has potential but still needs work
Reviewed in the United States on July 17, 2012
Death Seraph by Ashley Bruce is a novel about a 16-year-old girl named Minky whose parents are murdered at the beginning of the story. While being questioned by the police, she sees a strange, but attractive, teen male lurking around. She later witnesses this handsome stranger taking the souls of her parents. Without any parents, Minky moves in with her Aunt. She learns that the stranger is death himself and she is fated to be paired with him and become a death seraph herself. Minky discovers she can also see the dead that haven't passed on and that she is able to see the men who killed her parents in her dreams. Unfortunately for her, they can also see Minky. To save her Aunt's life Minky must make a choice that will change her destiny forever.

When I read the description and the prologue for this book, I thought it had potential. As I read on, I became more and more disappointed. I still believe the idea has potential, but Death Seraph still needs a lot of editing done to it to make it work. There are some great scenes that pull you in for a while, but then the telling sections kick you back out.

In the beginning, there are large sections of telling that are boring to read, and much of it is redundant and could be edited out. Long sections of telling are scattered throughout the book. I'd rather see these parts written as engaging scenes and the redundancies edited out. It makes the book's pace very slow every time you have dialog followed by two or three paragraphs of character thoughts before you see dialog again. I started skipping much of it and reading only the dialog. Here's an example of some redundancy I found:

That kind of life wasn't in the cards for me. Things like that didn't happen to girls like me.

A copy editor needs to do a read through, too. There are many sentences where words are missing or extra words are typed in that aren't needed. There are also a few places where the wrong word is typed. For example, lesion is typed in where lesson should be. A word processor wouldn't catch that mistake. There are also Kindle formatting errors. One section changes font for no reason and there are chapters with several blank pages between them.

I want to mention, between the telling sections, there are some engaging scenes in this novel that are worth reading. I'd like to see the entire novel rewritten the same way.

Now to the story. The idea has potential until we get to the end. I don't find it believable that Minky's only choice is to kill herself. If she excepts that she may die anyway, she might as well confront the men instead of suicide. It would be the braver choice, and it also doesn't glamorize suicide. Young adult novels should never make suicide seem like a good or noble choice to make. Killing herself wouldn't stop the men from attacking her aunt, anyway. The men may still show up at her aunts looking for Minky and still kill her after Minky is dead.

I think the author was married to the idea that Minky would sacrifice herself to save her loved ones and didn't see the holes in the plot. Never marry an idea while writing. It's OK to get engaged to and idea, but never marry one. I also find the idea of sacrificing your life for the ones you love too "twilightish". That is how the first Twilight novel starts. Confronting the killers would make this novel different from Twilight format that so many new novelists are copying whether consciously or not.

Another Twilight staple this novel has is two men attracted to the same girl, Minky, our main character. What girl wouldn't want two hot guys fighting for her, but this plot is being over done, matter of fact, it's burnt. It's time for something fresh.

The novel has set itself up for sequels. At the end of Death Seraph, Minky asks Nic a question and he responds that he doesn't think, in this case, anything bad will happen. I think something bad should happen in the next novel. Don't wuss out. Do it, make him pay the consequences and let us travel along for the ride.

Give this novel a read. It is enjoyable in areas. I think more readers will enjoy it if the above mentioned problems are fixed.
Read more
3 people found this helpful
Helpful
Comment Report abuse
See all reviews