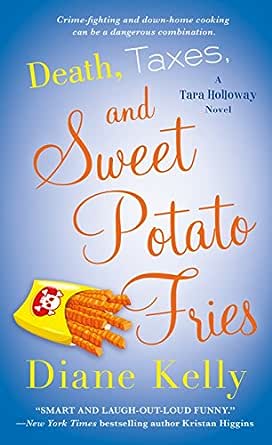 You've subscribed to A Tara Holloway Novel! We will preorder your items within 24 hours of when they become available. When new books are released, we'll charge your default payment method for the lowest price available during the pre-order period.
Update your device or payment method, cancel individual pre-orders or your subscription at
Your Memberships & Subscriptions 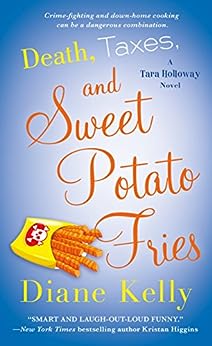 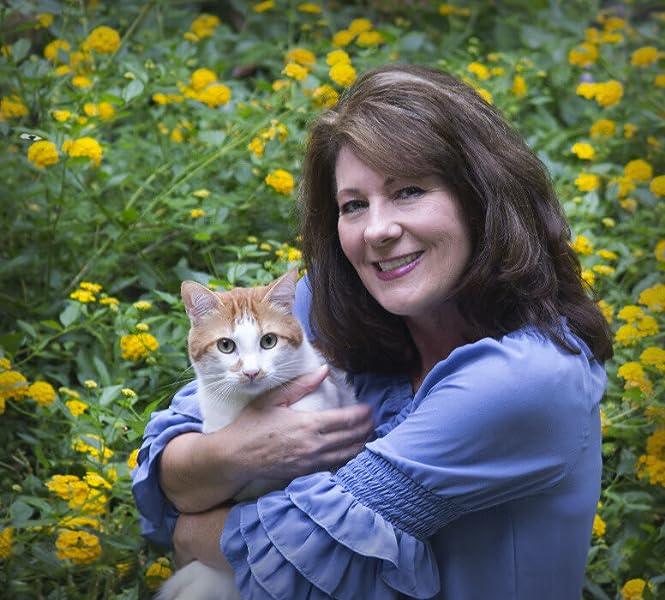 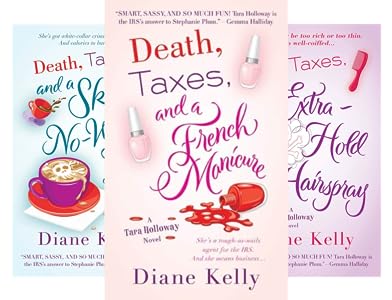 Diane Kelly is a former state assistant attorney general and tax advisor who spent much of her career fighting, or inadvertently working for, white-collar criminals. She is also a proud graduate of the Mansfield, Texas Citizens Police Academy. The first book in Diane’s IRS Special Agent Tara Holloway series, Death, Taxes, and a French Manicure, received a Romance Writers of America Golden Heart Award. Book #2, Death, Taxes, and a Skinny No-Whip Latte, won a Reviewers Choice award. Diane has combined her fascination with law enforcement and her love of animals in her K-9 cop Paw Enforcement series. --This text refers to the mass_market edition.

4.5 out of 5 stars
4.5 out of 5
42 global ratings
How are ratings calculated?
To calculate the overall star rating and percentage breakdown by star, we don’t use a simple average. Instead, our system considers things like how recent a review is and if the reviewer bought the item on Amazon. It also analyzes reviews to verify trustworthiness.
Top reviews

Vivian F. Shane
5.0 out of 5 stars a great series that I totally enjoy reading
Reviewed in the United States on February 13, 2017
Verified Purchase
You had me at sweet potato fries - yum! No, really, this is a great series that I totally enjoy reading - who knew the IRS was so interesting? Anyway, Nick and Tara are engaged! But instead of happy wedding dreams floating around in Tara's head, she lands a heavy duty case with the Border Patrol - a very interesting, contemporary subject...and I definitely learned a lot about human trafficking and illegal immigration. As always, there is more than one case going on in the book - Tara also catches a case involving a fake prize reporting scheme with a demanding senator constantly badgering her. I loved Tara's addition to the telenovela Amor y Vengaza - and how it related to the plot. And why is Tara's skin turning orange? Cute way to tie the sweet potato fries to the story - without any spoilers, it was too funny! A very suspenseful conclusion to this story - thanks to the author for a great read!
Read more
2 people found this helpful
Helpful
Report abuse

Kay Hudson
5.0 out of 5 stars Tara's Back!
Reviewed in the United States on February 23, 2017
Verified Purchase
Another hilarious installment in the saga of Tara Holloway, gun-toting IRA agent. This time she's dealing with human smugglers, kidnapped girls, fake 1099 forms, an addictive Spanish telenovela, and, of course, those sweet potato fries. Perhaps scariest of all, her mother has teamed up with Nick's mom to plan The Wedding

I love this series, and it never lets me down. This is number 11, and Kelly promises one more, Death, Taxes, and a Shotgun Wedding, in November. And when you've caught up with Tara's adventures, don't miss Kelly's series of K9 mysteries, featuring Megan Luz and Brigit.

Chloegirl
5.0 out of 5 stars Stellar Read!
Reviewed in the United States on February 7, 2017
Verified Purchase
Another high energy adventure with IRS Special Agent Tara Holloway! This time Tara is assisting border patrol in a kidnapping/human trafficking case, trying to catch the person responsible for filing bogus 1099s, planning her upcoming nuptials, & figuring what is causing her skin to turn orange! Tara is seriously funny & deadly serious, & she always gets the bad guy!! Diane Kelly continually delivers a great read with plenty of drama, intrigue, & a touch of romance!
Read more
Helpful
Report abuse

S. Berkowitz
5.0 out of 5 stars Wonderful
Reviewed in the United States on February 7, 2017
Verified Purchase
I just finished this book and I loved it. I can't get enough of Tara and Nick. Now they ate finally engaged and Tara is involved in a case involving smuggling immigrants. She works tirelessly to find ways to defeat the smuggler who has kidnapped 3 girls. She also eats lots of sweet potato fries. She also winds up find ing the person filing fake 1099s. All the while her mother and Nicks are planning her wedding. Can't wait!
Read more
Helpful
Report abuse

Nance
5.0 out of 5 stars Too Many Fries
Reviewed in the United States on March 27, 2017
Verified Purchase
I have loved and laughed through all the Diane kelly books,both the paw series and the death,Taxes series. I particularly enjoyed the over abundance of vitamin A . I had previously heard of this condition with people overfeeding babies carrots. As usual Tara gets herself in trouble.I wonder what will happen at the wedding..
Read more
Helpful
Report abuse

K. A. Bylsma
5.0 out of 5 stars Diane Kelly does not disappoint!
Reviewed in the United States on February 20, 2017
Verified Purchase
Spoiler alert! This is the next to last Tara book! Sob. I love this series and have read every one. I urge you to, too! Funny, touching and great puzzles!
Read more
Helpful
Report abuse

Diane E. McVey
5.0 out of 5 stars Loved the series
Reviewed in the United States on June 2, 2017
Verified Purchase
I have fully enjoyed this series by Diane Kelly.
Read more
Helpful
Report abuse
See all reviews

Elisa
5.0 out of 5 stars great read.
Reviewed in Australia on May 8, 2018
Verified Purchase
Tara Holloway is always amazing and this mystery will keep you guessing.
Read more
Report abuse
See all reviews