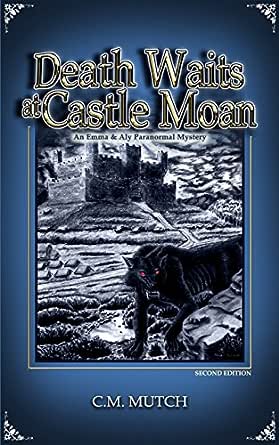 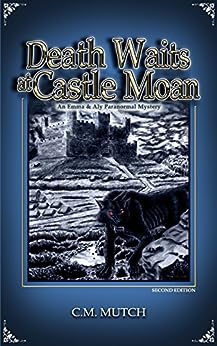 Christina Mutch knew she wanted to be a writer from the age of eight.
By the time she entered her university years, she knew she had to earn a
living until that dream could become reality. With degrees in English and
journalism, she chose teaching. Christina went to work for the Los Angeles
Unified School District and taught junior high ‘at-risk youth’ for
seventeen years. Then she worked twenty-four years in Provo, Utah, teaching
at-risk teens as well as adults working to earn a high school diploma or
GED.

During summers off from school, she traveled extensively through
England, Ireland, Scotland and the Southern United States. Inadvertently,
she stayed in castles and houses that turned out to be haunted. Her mother
could be defined a ‘sensitive’ to the paranormal, and Christina shares
those abilities. Choosing to write paranormal mysteries, her fascination
with the ‘unseen’ turned into travels where finding haunted locations to
investigate and stay became a priority. The basis for her Emma & Aly
paranormal mysteries comes from personal experiences as well as research
into the paranormal.

Note: when published, this book was renamed "Death Waits at Castle Moan" and is the first book in the Emma & Aly Paranormal Mystery series.
Death Waits at Moon Castle is a paranormal novel by Christina Mutch. Death hovers over missing nine-year-old Traer McLean when a two hundred fifty-eight-year-old family curse targets him for its next victim within five days. The only way to save Traer is to unravel the riddle of his ancestor Angus McLean's betrayal in 1746. If the riddle remains unsolved, a hound from hell will mutilate firstborn sons. Ghost investigators Emma King and her niece Alyaan travel to the McLean's haunted Moon Castle to help. Major Trevor, who mocks paranormal activity and moody ancestral ghosts, greets them with wariness. Emma and Alyaan encounter a murder and obstacles, which include sightings of the hound from hell as the fifth day approaches. They call upon ghosts for assistance, endangering themselves in the complex castle that holds many secrets, while someone or something watches them closely.
Death Waits at Moon Castle is a beautiful, haunting mystery by Christina Mutch. It has the right amount of eerie, spine-chilling activities that make this story very gripping and captivating. The prologue shows how the curse began and continues its tragic journey to current times when it ensnares another life. Christina Mutch possesses a strong writing style that is finely detailed, attention grabbing, and fluid. While reading, I kept thinking that the novel would make a great movie version. I can actually see the paranormal drama come to life with this unique cast of characters. Death Waits at Moon Castle is an exciting ghost tale that I happily recommend.
Michelle Stanley
Readers' Favorite
Review Rating--5 Stars
--This text refers to an out of print or unavailable edition of this title.

My mother was a sensitive and could see things 'unseen.' From childhood, I was highly intuitive. I sense things about people or when things are about to happen. I see shapes and sometimes apparitions. It makes some people uncomfortable, but when I've had these experiences for most of my life, they're normal. It was easy to tap into these impressions and heighten them to give Emma her insightfulness when she investigates locations having paranormal activity.
In 1984, I traveled to Scotland for a month. My ancestry on my father's side is Scottish, so taking this time to see everything I could about the country not only increased the knowledge of my heritage, but I made memories of my ventures throughout the country, and especially the Highlands. I had the opportunity to stay in a castle in the Orkney Islands for several days. It was a brooding place that I explored from rooftops down. There were no dungeons, but the castle was hauntingly beautiful. It, and my explorations of the Highlands, became the inspiration for the setting in "Death Waits at Castle Moan," which in Scottish is pronounced 'moon.'
--This text refers to an out of print or unavailable edition of this title.
Read more