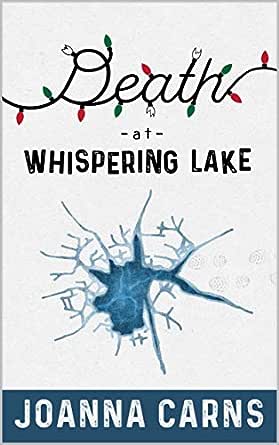 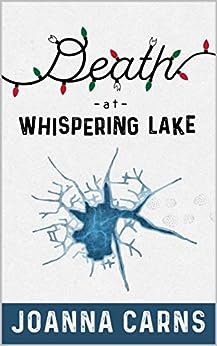 4.4 out of 5 stars
4.4 out of 5
34 global ratings
How are ratings calculated?
To calculate the overall star rating and percentage breakdown by star, we don’t use a simple average. Instead, our system considers things like how recent a review is and if the reviewer bought the item on Amazon. It also analyzes reviews to verify trustworthiness.

Kindle Customer
4.0 out of 5 stars Worth reading and recommending
Reviewed in the United States on January 15, 2021
Verified Purchase
As there were no reviews to the book when I started reading, I did not know what to expect. I am glad that I have the book and the author a chance as I really did enjoy the storyline. I look forward to more from this author.
Read more
Helpful
Report abuse

Kristin Rhee
5.0 out of 5 stars Witty fun whodunnit
Reviewed in the United States on January 18, 2021
Verified Purchase
A great and fast read from a talented new author. I liked Harley’s quirky tics and her mother’s inflated sense of self. It was like a cross between Clue and all of its eccentric characters and Bridget Jones’s Diary with all of Bridget’s neurotic tendencies....with a dash of Nancy Drew!
Read more
Helpful
Report abuse

Sherry23
5.0 out of 5 stars A delightful and engaging mystery
Reviewed in the United States on February 11, 2021
Verified Purchase
I thoroughly enjoyed this mystery novel! It was a delightful, easy read that was hard to put down. I appreciated the relatable characters, the humor, and the many plot twists. I Iook forward to more books by this author!
Read more
Helpful
Report abuse

Pmoody
5.0 out of 5 stars Whispering Lake has some secrets....
Reviewed in the United States on March 2, 2021
I couldn’t read this debut cozy by Joanna Carns fast enough! I adore a cozy where the heroine isn’t what society deems perfect. A woman who blushes too much when a handsome man smiles at her, who is also just a tad overweight, doesn’t care too much about her appearance (but sounds like she’s pretty adorable) and has quirky ‘ticks’ of blurting out random trivia when she’s nervous!
Harley Kennedy is our main character who has just been notified with the sad news that her Uncle Tommy has met his demise in a small, backwoods town in Michigan. Harley’s mother Joan, who is quite the character herself, begs Harley to go ‘collect his corpse’ as the local authorities have asked Joan to do, as she certainly couldn’t handle such a horrid responsibility herself. Besides Harley has been made the executor of his will so she reluctantly heads to Outer Michigan at the dramatic imploring of her mother. What could possibly go wrong?
What she didn’t expect when she got there was an underhanded casino development being voted on in this town where her Uncle Tommy lived. Whispering Lake would no longer be the small, quiet and charming hometown community because Denver Development has been buying all the property needed to construct and develop a large casino. But, there are three properties that weren’t selling, and one of those properties belonged to Uncle Tommy. Coincidence that Uncle Tommy accidentally died on the frozen lake outside of his cabin? Some authorities were calling it suicide, but Harley knows her Uncle would never be the type of person to do this. Something awry is happening in Whispering Lake and Harley is going to get to the bottom of it. Even if it means putting herself in harm’s way and danger at every corner.
Oh, and let’s not forget to add in a sprinkling of crazy townsfolk, a eerily cheerful Funeral Director, Harley’s overbearing, criticizing, female fatale of a mother driving out to lend a helping hand and most importantly, the sexy, flannel clad, broad chested, dark curly haired and bearded Bill, who just happens to own the local bar Blue Lagoon and may have eyes for Harley, and you get a recipe for intrigue, amusement, suspense, and the perfect who-done-it! Can't wait for the next book!
I received a copy of this book which I voluntarily read and reviewed and my comments are my honest opinion.
Read more
5 people found this helpful
Helpful
Report abuse

Avid Reader
2.0 out of 5 stars Quirky Amateur Sleuth Stumbles onto Solution
Reviewed in the United States on February 17, 2021
Joanna Carns delivers a lighthearted mystery featuring her protagonist Harley Kennedy, a socially- awkward, single, 37-year old librarian turned bumbling amateur sleuth. Carns paints a clear picture of Harley, replete with wrinkled, ill-fitting clothes, a penchant for comfort-over-style (much to her mother’s chagrin), and a nervous tic that makes Harley blurt peculiar and irrelevant trivia whenever she is rattled. Yikes! Readers will learn many unusual facts from Harley’s uncomfortable and cringe-worthy outbursts. Though intelligent, Harley is not an obvious choice for detective work, as she lacks people savvy and sophistication. She also jumps to conclusions based upon limited evidence. She stumbles into a murder investigation because her uncle has passed, and with the assistance of her mother, eventually nabs the killer who is plaguing the small town of Whispering Lake Michigan. Harley is stubbornly independent and bothered by her mom’s judgment and her own need to "manage" her mother's behavior. Perhaps Harley's need for her mom will help heal their troubled relationship? We’ll see in the next books.

The setting for this cozy is a one-horse town lake town that is notable for its lack of any personalities other than those who are suspects in the case. In fact, the only person who is not a suspect is the killer, so it’s easy to solve this mystery early on, as Harley accuses everyone she meets (except the killer) of wrongdoing at some point. The symbiotic, but tense relationship that Carns establishes between Harley and her glamorous, dysfunctional, mother Joan will definitely yield drama in future installments of this series, and the too-good looking Bill yields some promise as well, as the author leaves us some clues that there is more to Bill than his strong jawline and rugged good looks. Hopefully future mysteries in Whispering Lake will flesh out the setting so that it is more than just a cold, deserted resort town in the winter. A summer mystery in which the town is bustling with tourists and activity would be welcome.

I received a copy of this book, which I voluntarily read and reviewed. My comments are my honest opinion.
Read more
One person found this helpful
Helpful
Report abuse
See all reviews