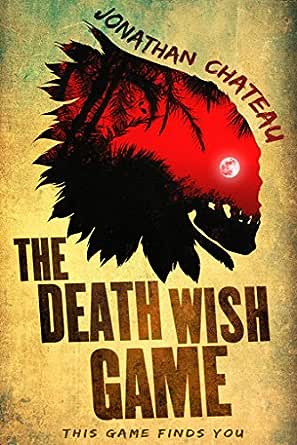 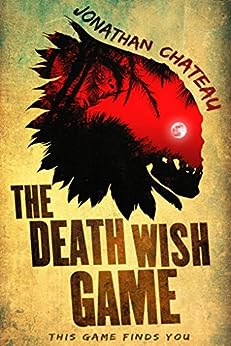 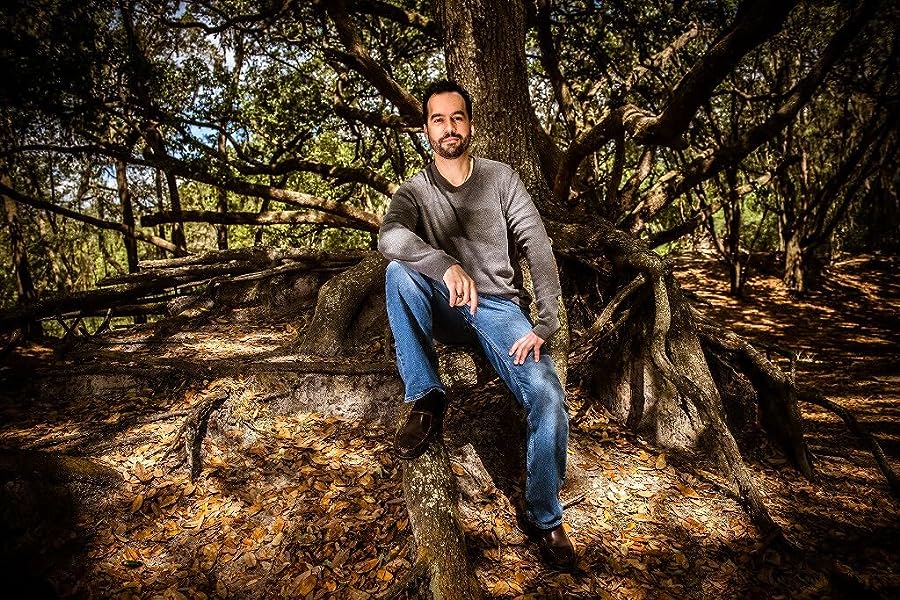 "A gripping, glorious read that is a triumphant piece of fiction. This book was an all-consuming assault of excellence and because of this I struggled to put it down; I was compelled to read the intriguing story, the authors writing was so terrifying and thrilling at the same time that I could not resist!" -- The Red-Headed Book Lover

Jonathan Chateau grew up reading books by Stephen King, Dean Koontz, and Michael Crichton. However it was Fight Club--both the 1996 novel by Chuck Palahniuk and the 1999 film by David Fincher--that inspired him to pursue writing.

Currently he has completed two novels, Faith Against the Wolves & Nightmares in Analog. His third book, The Death Wish Game, is due October 2017. It's about a group of passengers on an ill-fated bus ride to Florida that awaken to find themselves duct-taped to their seats, stranded in the middle of nowhere and forced into a game of survival.

When Jonathan's not writing, he's wandering the aisles of Home Depot, painting Warhammer & Walking Dead miniatures, jamming out to My Chemical Romance, or spending time with family and friends.
He resides in Tampa, Florida.

4.0 out of 5 stars
4 out of 5
41 customer ratings
How does Amazon calculate star ratings?
Amazon calculates a product’s star ratings based on a machine learned model instead of a raw data average. The model takes into account factors including the age of a rating, whether the ratings are from verified purchasers, and factors that establish reviewer trustworthiness.
Top Reviews

Leah Sp
5.0 out of 5 stars Be careful for what you wish for...
Reviewed in the United States on December 31, 2017
Verified Purchase
Well...not my typical mystery book. I can honestly say not a book I would normally read at any time, yet I could not put it down. I found myself going back to it wanting to know what would happen next. It is truly a "be careful what you wish for..."

The storyline is one I had never come across before and had a very surprising end. Don't worry, no spoilers here. I would not dream of it. Not how I roll when it comes to my reviews.

I am not sure how I could explain if the characters where developed but as I think of them many felt very real to me and I guess that is what we ask for. How real are they? It does not matter what genre they appear in. The story arc also must have some depth to it. Like a heavy stew compared to just a broth. I would definitely say this is a stew. This is not just a horror story for there are some surprising twists in the end. Ones that I know you will certainly enjoy as much as I did.
Read more
5 people found this helpful
Helpful
Comment Report abuse

OutlawPoet
TOP 500 REVIEWERVINE VOICE
4.0 out of 5 stars There was blood...and tears...and terror!
Reviewed in the United States on October 5, 2017
Verified Purchase
The Death Wish Game is fun, old school horror.

You've got a couple of main characters you really love, some villains to abhor, and an actual reason behind everything. (Not one of those books where the author had a good idea but clearly hasn't thought out the mechanics of the story.)

I especially liked the reason that all these particular people ended up part of the game. It was an interesting concept.

Expect plenty of blood and violence (sort of Richard Laymon-esque - high praise) and pure entertainment through and through.

A one sitting read for me and I'm looking forward to reading more from the author.
Read more
4 people found this helpful
Helpful
Comment Report abuse

SEAC
5.0 out of 5 stars Loved it
Reviewed in the United States on July 7, 2020
Verified Purchase
This book was such a delight.... At first, the mixed reviews worried me. Was I ready to commit to reading a 300+ page book that might be a bomb?
However, I was hooked from the first chapter.
The idea is great. Waking up on a bus, all passengers strapped down, then being hunted.
There's more depth to this story than I expected. It touched me in more ways than one.
I don't want to say too much because I don't want to give any spoilers.... Let's just say that the ending took multiple twists and turns that I loved. Also, it's not really as bloody as most of my reading, but there was enough gore to satiate my devious appetite.
Read more
Helpful
Comment Report abuse

Aaron
5.0 out of 5 stars A unique story with a great cast. A tense and thrilling joy ride from start to finish!
Reviewed in the United States on October 10, 2017
Verified Purchase
I've read this book three times now in the process of preparing myself for the narration of the title and I have to say this is a very unique and captivating story which got better and better every time I sat down with it. Enjoyable from start to finish with a cast of interesting and well developed characters. His gripping writing style is a wonderful blend of Palahniuk's grit, King's flair for tension and drama, and a dash of Patterson that keeps the pace moving at a clip. This author is definitely someone you should keep an eye on.
Read more
2 people found this helpful
Helpful
Comment Report abuse

Amazon Customer
5.0 out of 5 stars Don't get on that bus!
Reviewed in the United States on October 17, 2017
Verified Purchase
The Death Wish Game was a total blast. Part horror, part fast action adventure. The story is a cross between Hard Target (that Van Damme movie from the early 90s) and a supernatural thriller. A busload of suicidal individuals have their death wish put to the test when they are forced to play a supernatural game of hide and seek, where they are the prey and angry ancient Indian spirits are the hunters. The story is creepy fun, loaded with nonstop action. I could totally imagine this as a movie.
Read more
2 people found this helpful
Helpful
Comment Report abuse

Carla F.
3.0 out of 5 stars 👍🏼
Reviewed in the United States on October 25, 2017
Verified Purchase
Started out great then veered even more crazily towards the last third. The beginning and partly middle was what you want out of an intense book but the originality waned out as soon as the author explained more of the Indian lore.
Read more
4 people found this helpful
Helpful
Comment Report abuse

Kimberlie L.
4.0 out of 5 stars Loved it! Fast paced and terrifying.
Reviewed in the United States on December 3, 2019
Verified Purchase
“The rules are simple,” he says. “Follow the flares to reach the safe zone. Make it there, and you live. There will be a truck waiting to take you back to your cubicles, reality TV, and Facebook news feeds.” He then shrugs. “Stay, and they will come tear you apart.”

You stick with this group from the beginning to the bloody end with surprises and twists coming at you all the way through. I definitely recommend.
Read more
Helpful
Comment Report abuse

Josh M.
2.0 out of 5 stars Not really worth it for the poor dialogue
Reviewed in the United States on May 22, 2019
Verified Purchase
Disappointing dialogue but an interesting idea. The story itself is interesting and since I actually stuck with it I guess it's not totally unreadable, however the book is poorly written and the characters dialogue is so stupid that it makes you annoyed to continue reading. One character literally says "screw this" and "screw that" for his entire dialogue and although you can't expect much, the villains are poorly written and make mistakes that will test even the most forgiving readers.. honestly not worth your time BUT if your bored it is an ok way to kill a few hours.
Read more
One person found this helpful
Helpful
Comment Report abuse
See all reviews from the United States

Sci-Fi Kingdom
5.0 out of 5 stars Reads like a typical slasher movie
Reviewed in the United Kingdom on October 5, 2017
Verified Purchase
This novel reads like a typical slasher movie, a bunch of suicidal people are trapped in the middle of nowhere, being stalked by lunatics, and must now fight for their lives. It is well written and compelling, reeling in the reader with its mystery and keeping you turning the pages, eager to find out what will happen next.

There are, rather unfortunately, a few spelling mistakes littered throughout the text, but if you enjoy slasher flicks or zombie horror, then The Death Wish Game would be a recommended read.
Read more
Helpful
Sending feedback...
Thank you for your feedback.
Sorry, we failed to record your vote. Please try again
Report abuse