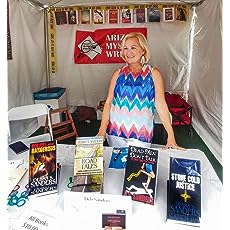 Embracing a penchant for road trips led Debra S. Sanders to chuck most of her material possessions in favor of an RV lifestyle. It wasn't easy. Dragging a skeptical husband, drooling 100-pound retriever and thoroughly disgusted cat into a tiny vintage trailer took a bit of convincing. After packing basic necessities or at least the ones that would fit in a tiny house on wheels, the four set off for parts unknown. Almost four years later, Debra still loves wandering the backroads of America - albeit more comfortably in a 35' fifth wheel. The dog doesn't drool as much, the cat has become a well-seasoned traveler and the husband smiles from time to time when he thinks his wife is not looking.

As author of 10 novels, mostly thrillers and mysteries, and 3 non-fiction books, Debra continues to write from the road. Her current cozy mystery series follows psychic detective and Southern belle, Daisy O'Connor, as she attempts to find justice for the dead while running a small restaurant and caring for adopted Lakota grandfather, Charlie Tall Tree. When the south meets the rez, Lord have mercy!
DEAD MEN CAN'T DANCE - Book 2 in the Dead Men series. Release: March, 2019

Debra is currently working on a dark thriller set in the aftermath of a natural disaster. Drawing from her experience as a contract FEMA Disaster Inspector, she builds a grim world in which one claim inspector fights fraud with murder.
THE DEAD NEVER LIE - Estimated release date - Spring, 2019. 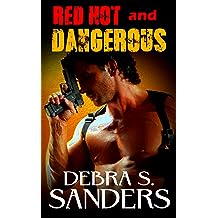 RED HOT and DANGEROUS Dec 21, 2013
by Deb Sanders
( 12 )
$2.99
When Andie Lange works a one day temp job for her friend's employment agency, she brings back more than a paycheck.

It was supposed to be a "fun" assignment - assisting a famous actress during a publicity junket - as well as an opportunity for Andie to network her new photography business. But between the Promotions Manager accusing her of spying for the tabloids and the unwanted advances from a handsome stranger, the day proves more trouble than its worth.

Unfortunately, things go from bad to worse. The actress is poisoned, the handsome stranger is investigating detective, Drake Slater, who is assigned to protect Andie after an attempt is made on her life. It's obvious Drake is a womanizer. So why isn't she putting up more of a fight to keep him at arm's length?

Drake Slater learned a long time ago police work and relationships don't mix, but that hasn't stopped him from enjoying the company of beautiful women. He just doesn't stick around long enough for them to get any ideas - until he meets Andie Lange, a gorgeous redhead with legs that go all the way up to heaven. Forced to protect her from an unknown assailant, Drake discovers there's more to like about the sassy photographer than her body.

After Andie's photographs reveal the identity of the murderer, the police rush to make an arrest, only to discover he's been killed, too. Thrust into a deadly game of cat and mouse, Drake must take extreme measures to keep Andie safe.

With her life in jeopardy, the only thing Andie fears more than her assailant is the growing desire she feels for her bodyguard. She'll need to keep her wits about her and take a lot of cold showers if she's to survive . . . because Drake Slater is RED HOT and DANGEROUS!
Read more
Other Formats: Paperback 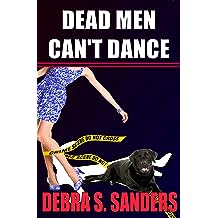 DEAD MEN CAN'T DANCE Mar 7, 2019
by Debra S. Sanders
( 1 )
$2.99
Restaurateur and psychic sleuth, Daisy O'Connor is not about to let little things like being banned from the rez or blackmailed by a corrupt sheriff prevent her from investigating the strange demise of several young men by an apparition called the Ghost Dancer. When one of the victims delivers an ominous warning that "another must die", Daisy breaks all rules to learn the true identity of this flesh and blood murderer, and why he is on a killing spree. In true Southern style, she issues her own warning - "you better give your heart to Jesus 'cause the rest of you is goin' to jail."
Read more 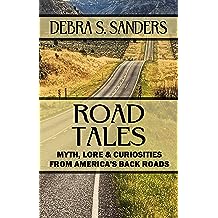 Road Tales: Myth, Lore, & Curiosities From America's Back Roads Aug 5, 2016
by Debra S. Sanders
( 2 )
$2.99
A unique travelogue featuring tales of myth, lore and other curiosities found along America's back roads by a full-time RV nomad The Curse of the Blue Angel, a mysterious labyrinth, the ghost horses of Palo Duro Canyon, lost treasure, the legend of Old Naked Joe . . . and more!
Read more 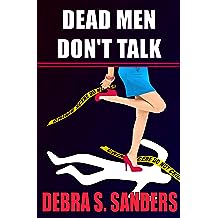 Dead Men Don't Talk May 5, 2015
by Debra S. Sanders
( 9 )
$2.99
When Southern belle and caterer, Daisy O'Connor tries to locate her missing step-brother, it's a sure recipe for trouble. Daisy puts her promising career on hold to return to the Lakota reservation where she spent several miserable years. It doesn't take long to remember why she vowed to never go back. The bully from her childhood is now a tribal cop, her long, red hair is still subject to ridicule, and secrets she'd forgotten begin to resurface.

It will take a lot of Southern charm, a few white lies and sidestepping Deputy John Greyhawk for Daisy to find her step-brother but what she uncovers along the way might send her home in a body bag.
Read more
Other Formats: Paperback 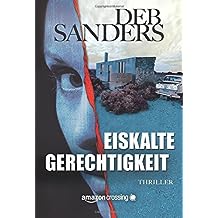 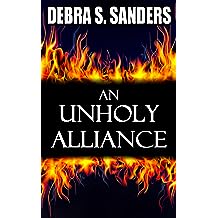 An Unholy Alliance Jan 23, 2014
by Debra S. Sanders
( 7 )
$0.99
The war between Heaven and Hell has raged for centuries. Mankind pays little heed, unaware of a prophesy predicting the Antichrist’s birth by a descendant of the Nephilim. As technology has advanced, so have the masters of evil, manipulating ancient DNA through genetic engineering. Only one person stands in their way . . .

After a stint in the army, Reyna Blair is ready to drop off the grid and heal. A job as Peace Officer in the small community of Purgatory, Texas sounds like the perfect solution – until the town is rocked by a gruesome murder.

When sexy Texas Ranger, Ty Carter, steps in to help with the investigation, Reyna is both thrilled and annoyed. He’s nice to look at and a definite boost to her sagging ego, but his aggressive ambition might push her right out of a job. Adding to her unrest is a mysterious stranger observing the crime scene from a distance, a man who seems to read her mind, her heart . . . even her soul.

Reyna’s reality unravels as she is caught in an ancient war between good and evil. When dark secrets are revealed, she must choose sides or face the horror of an unspeakable outcome. 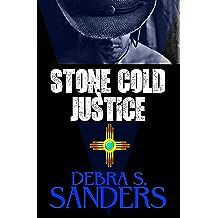 Stone Cold Justice Dec 21, 2013
by Debra S. Sanders
( 54 )
$2.99
When Maggie McGregor returns to New Mexico to settle her parent's estate, she braces for a cold reception from the locals but she is soon targeted by viscous vandals.. Even worse, neighbor Nick Stone thinks she killed his cousin ten years ago..

Nick and Maggie's animosity hides a growing attraction.Things heat up even as incriminating evidence surfaces against her. There's only one way to clear her name and win Nick's trust - Maggie must find out who really murdered Nick's cousin. That's a tall order when someone wants you dead.
Read more
Other Formats: Paperback 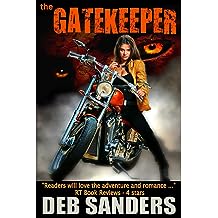 There's nothing normal about tough girl, Kylie Baker's life - demonic dreams she can't explain, a telepathic dog who knows more about her past than she does, and a sexy cowboy who refuses to settle for a one night romp.

But when the owner of the Harley Davidson shop where she works is blackmailed into giving her a pink slip, and the attorney responsible for her constant relocation from one foster home to another is murdered, Kylie realizes things just went from bad to worse. Who is manipulating her life? And why?

Strange markings begin to emerge on her skin, her dreams blur the line between reality and vision, and Kylie is forced to re-examine her murky past. Only one person can explain what is happening . . . the mother she thought was dead. Armed with her instincts and a strange amulet, Kylie embarks on a quest to find the truth.

What she finds is even more disturbing. Kylie learns she's the Gatekeeper, guardian of a portal between two worlds . . . and the only one who can stop an imminent attack by a Tagusian warlord. Worse than that, she's a half-breed with ties to both sides. The bizarre proclamation leaves her angry, hurt, confused . . . and feeling more alone than ever. But when those she cares about are threatened, Kylie knows she must choose an allegiance. Either way carries serious consequences.

What's a girl to do?
Read more 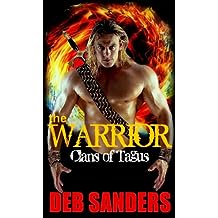 Artimon, a Tagusian Warrior first introduced in The Gatekeeper, is working for the Underground on Earth. When his investigation into a cell of Tagusian insurgents hits a snag, he pairs with a Dark Fae in search of her sister who is being held captive by the blood thirsty Warlords on Tagus. Battling an intense attraction that rivals their competitive prowess, the mismatched pair soon realize they are the only ones who can prevent a deadly plot threatening both worlds.
Read more 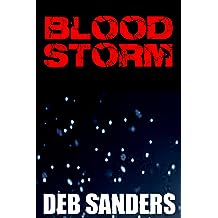 Blood Storm Dec 2, 2011
by Deb Sanders
( 28 )
$2.99
When Kate Merrill receives a package from her recently deceased father, a biochemist working on a highly classified assignment, she is both stunned and curious. His scribbled note instructs her to take the locked metal box to Atlanta where she must personally deliver it to a colleague. On the way, Kate’s chartered plane is shot down over the remote Sierra Nevada Mountains in the midst of a winter blizzard.

Ex-cop Sam Holden, a secretive recluse working as a Wilderness First Responder, discovers Kate’s half frozen body and transports her to his cabin. While waiting for the storm to subside enough for an airlift, Sam discovers the mysterious circumstances behind Kate’s journey. He wants to know what’s in the locked box . . . and so do the assailants.
Sam forces Kate to open the box. They discover her father’s formula to combat a deadly airborne virus and realize they are caught in the middle of a bioterrorism plot. Racing against time, barely evading the assailants, Sam and Kate rush to deliver the formula to the CDC.

After arriving in Atlanta, Sam and Kate are captured by the terrorists and given a choice - one will live, one will die. The choice goes to the one who turns over the formula.