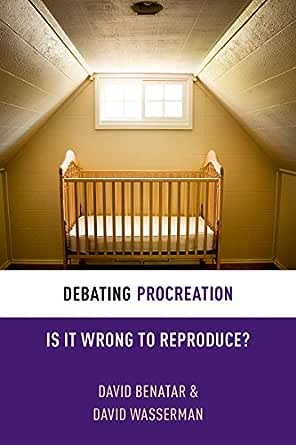 Flip to back Flip to front
Audible Sample Playing... Paused   You are listening to a sample of the Audible narration for this Kindle book.
Learn more
ISBN-13: 978-0199333554
ISBN-10: 0199333556
Why is ISBN important?
ISBN
This bar-code number lets you verify that you're getting exactly the right version or edition of a book. The 13-digit and 10-digit formats both work. 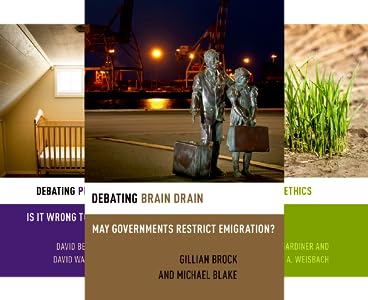 
"A terrific and very accessible exchange between two highly accomplished philosophers that will not only provide readers with an excellent sense of the broader debate on procreative ethics but also introduce them to two original and contrasting contributions to that debate."
--David Archard, Queen's University, Belfast

"Most people seem to believe that there are no purely moral reasons to have a child and, at least in most cases, no moral reasons not to have a child. This complacency about the morality of procreation is formidably challenged in this provocative book. While Benatar advances probing arguments for
the unusual view that all procreation is impermissible, Wasserman's carefully reasoned case for the permissibility of procreation is qualified in ways that many readers will find surprising. Both authors are highly distinguished philosophers whom it is exciting to follow as they develop and defend
their clashing positions on the range of important issues they address."
--Jeff McMahan, University of Oxford
"Both incredibly well-written and full of new insight, is the best that has yet been done on the difficult topic of procreative ethics. Two philosophers have been brilliantly paired here and the result is something I am very eager to make use of in my next ethics seminar. Benatar has never done a
better job arguing for his own off-the-beaten-path position that procreation is as a general matter morally wrong. And, while the position Wasserman presents may itself seem perfectly intuitive or even commonsensical, it is a position that many contemporary moral philosophers have found deeply
problematic. Thus both philosophers, from their different perspectives, challenge mainstream procreative ethics. In doing so, they have together written a book that should be carefully studied by all parties to the debate - and that will no doubt be greatly enjoyed by anyone fortunate enough to
discover it whether moral philosopher or not." --Melinda Roberts, The College of New Jersey


"In this concise volume, Benatar and Wasserman advance the procreative ethics debate clearly, provocatively, and innovatively. Each develops his side of the debate with originality, cogency, and wit, and engages with the latest arguments in the field. The problem is that they are both persuasive."
--Rivka Weinberg, Scripps College

" Its authors, David Benatar and David Wasserman, are not only very capable philosophers, but also extremely gifted writers. The result is a highly engaging and provocative book." - Jason Marsh, Australasian Journal of Philosophy
--This text refers to the hardcover edition.


David Benatar is Professor and Head of Philosophy at the University of Cape Town, South Africa. He is the author of Better Never to Have Been: The Harm of Coming into Existence (Oxford), and The Second Sexism: Discrimination Against Men and Boys (Wiley-Blackwell).

David Wasserman works at the Center for Bioethics at Yeshiva University and is a Visiting Scholar in the Department of Bioethics of the National Institutes of Health. He has written extensively on ethical issues in reproduction, disability, genetics, biotechnology, and neuroscience.
--This text refers to the hardcover edition.

PhD Philosophy Student (now graduated)
5.0 out of 5 stars Both contributors did an excellent job. The negative claim about Benatar above is unfair..
Reviewed in the United States on February 7, 2016
Verified Purchase
"Is it permissible to procreate?' (and if so how often) are among the most important questions humans can ask. These are also strikingly complicated questions that require diving quite far into axiology and normative ethics. Both contributors did an excellent job here. The negative claim about Benatar above is deeply unfair. Even if one just focuses on his 'risk of a terrible life' argument, this warrants a response, not least if non-existence isn't bad for possible persons. Although I think some responses are feasible, this doesn't detract from the importance of the arguments in question!
Read more
12 people found this helpful
Helpful
Report abuse
See all reviews

Sorrowful investigator
5.0 out of 5 stars Great book on our most important decision
Reviewed in the United Kingdom on September 17, 2015
Verified Purchase
An updating of Benatar's antinatalist views, along with scholarly refutation, this book brings to our attention the serious arguments for and against having children. This topic is typically treated in a cavalier, dismissive way in most publications, so this book is a very welcome, authoritative addition to a slowly growing movement that includes works by Crawford, Coates, Perry et al.
Read more
One person found this helpful
Report abuse
See all reviews