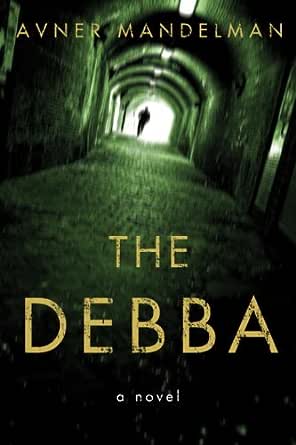 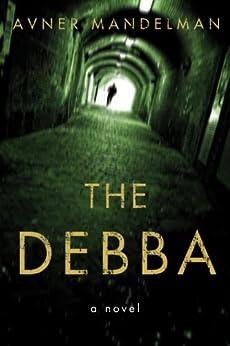 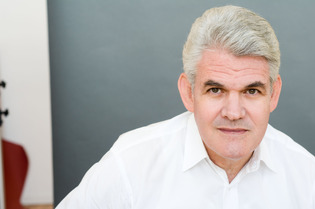 The Debba: A Novel Kindle Edition

“In this fast-paced thriller, the philosophical wrestling matches the action blow for blow.”—Hadassah Magazine

“An absorbing and captivating novel that bridges the uncomfortable political gap between the Palestinian and Israeli sides.” —Kirkus Reviews

“A first-rate debut novel that tackles current issues in the Arab-Israeli conflict while revealing the paradoxes of Israeli life for those who embrace the arts yet must deal with violence on a daily basis.” —Booklist, starred review

“…a literary thriller that powerfully confronts uncomfortable paradoxes around the founding of Israel. The issues it raises are as near as the headlines, and the novel seems likely to be as controversial as the play that forms its centerpiece.”—Library Journal

Necessary Evil and Necessary Hypocrisy: An Essay by Avner Mandelman

Necessary evil is a cost of civilized life. This is a theme that runs through much of my work, since all societies have dirty jobs that must be done, if society is to survive. But what if some truly necessary jobs--secret assassinations, blackmailing of spies’ kin, physical interrogations--are also immoral? So immoral that society cannot acknowledge their existence even to itself? Who shall do those jobs, and what should happen to the doers? This is one of the most incendiary topics an author can choose, because it forces his readers to confront their own hypocrisy. It’s also the topic John le Carré embraced.

I still remember the electric shock I felt as I encountered George Smiley for the first time, when I was still living in Israel in the 1960s. Here, finally, was reality as I witnessed it daily, both in war and in life constantly shadowed by war. No other words I’d read spoke of this terrible dilemma more eloquently and disturbingly. It was the part of life essentially unfit for print. Because I had met many Smileys, I instantly knew that this is what I had always wanted to write about but never knew it was allowed. Le Carré, however, did not shy away from the question of necessary evil, and his novels thereby transcend genre spy fiction. He succeeds, I believe, because of two virtues: First, of course, is his immense talent. But second, and not least, is his enormous sympathy both for his protagonist and for the reader.

In le Carré novels, George Smiley and his ilk are those who do the morally dirty jobs on which we all depend. From Smiley’s first appearance in The Spy Who Came in from the Cold, le Carré shows, often to the reader’s discomfort, that the rest of us can afford our clean consciences only because such fallen pragmatists are ready to sacrifice their own. And this is precisely why, after the fallen have committed their immoral deeds, they must by necessity be publicly punished for them: so the rest of us can truthfully insist we would never have condoned such things. And this, in a nutshell, is the moral dilemma of modern times. Whereas warriors of old have been called to sacrifice their lives, modern warriors, besides being asked to risk death, are also asked to sacrifice their sanity and even their honor. But unlike their old-time brethren, modern warriors must sacrifice their all without even the comfort that public recognition can provide.

This, to me, is the essence of le Carré's Smiley, a modern shadow warrior "possessing the cunning of Satan and the conscience of a virgin" (A Murder of Quality). He sees reality cold and clear, and stands ready to do what must be done--and be pilloried for it--while others around him conveniently pretend it’s not necessary at all. He is a new type of modern tragic hero, whose essential tragedy lies in the fact that his soul-destroying acts cannot even be recognized, or told. But because le Carré did tell, then so, by and by, could I.

It was in Toronto in 1977, seven years after I had last seen him, that I learned of my father’s murder. When the phone rang I half expected to hear Aunt Rina’s
voice, inviting me to the Passover seder. Instead I heard the line crackle and a
faint voice said, “Starkman? David Starkman?”
In an instant I knew. “Ken?” I croaked in Hebrew—yes.
“This is Ya’akov Gelber. I am an attorney in Tel Aviv—”
“My father,” I said.
“I am afraid so.”
Perspiration broke out on my chin as Mr. Gelber said without preliminaries that my father had died. “You of course have my most profound sympathies,” he said in Hebrew, “but there are some…urgent matters to discuss, else I would not call you on the holiday.”
It was only April but the Toronto weather was freakishly hot and my cheap one-room apartment on Spadina Avenue was baking in the heat. My sole white shirt, which I had put on for an evening out with Jenny, was soaking with sweat, as Jenny kept massaging my neck, the back of my head, the veins at my temples.  I again had a migraine after last night’s black dreams. It often hit me when evening fell, and so we rarely went out. I had hoped tonight would be better, but it wasn’t. I dabbed at my face with a dish towel and tried to concentrate on Mr. Gelber’s voice, which was explaining in my ear how someone had broken into my father’s shoe store the previous night while he was taking inventory, and following the robbery (an unsuccessful attempt, really, since nothing of value was taken), my father was stabbed in the heart with one of his own knives—the one used for cutting soles. “It was probably an Arab robber,” Mr. Gelber said, his voice neutral, “because the body was also mutilated.” --This text refers to an alternate kindle_edition edition.

Starred Review. Sharp, biting prose distinguishes this first novel from Israeli author Mandelman (Talking to the Enemy, a story collection). In 1977, David Starkman returns from selfimposed exile in Canada to his native Israel after learning of the murder of his warhero father, Isser, the owner of a shoe shore. The killer stabbed Isser in the heart with one of Isser's own knives, then mutilated his body. Isser's will includes an unusual provision--that within 45 days, a controversial play he'd written, The Debba, whose title refers to "an enigmatic Arab hyena that can walk like a man" and which had only been performed once, three decades earlier, be staged. David, who once belonged to an elite Israeli army unit responsible for carrying out targeted assassinations in "times of non-war," decides to stick around to fulfill his father's request, despite opposition from those who believe the play is subversive. The author deftly blends a murder mystery with a nuanced examination of the intransigent Israeli-Arab conflict.
Copyright © Reed Business Information, a division of Reed Elsevier Inc. All rights reserved. --This text refers to an alternate kindle_edition edition.

Avner Mandelman was born in Israel and served in the Israeli Air Force during the Six-Day War. Two of his story collections have been published in Canada, and the story collection Talking to the Enemy was published in the U.S. and chosen by Kirkus as one of the twenty-five best books of 2005, and by the ALA as the first recipient of the Sophie Brody Medal for outstanding achievement in Jewish literature. Several of his stories have won awards in the U.S., Canada, and Israel, including being selected for the Pushcart Prize, and the Journey Prize. His short story, “Pity,” was selected for inclusion in The Best American Short Stories 1995. This is his first novel. --This text refers to an alternate kindle_edition edition.

*Starred Review* David Starkman, bitter after completing his military service in Israel, renounces his citizenship and leaves his family. He moves to Canada and begins a romance with a Polish Christian woman, but he remains haunted by nightmares of the assassinations that he performed while in the army. When his father, Isser, is murdered, he returns to Israel for the funeral, hoping it will be his last trip. He learns that his father, a war hero during the pre-statehood struggles, also wrote a controversial play, The Debba, which was performed one time in 1946, causing a riot. The Debba is a mythical Arab beast, a type of hyena that can turn into a man and lure Jewish children away from their families. Isser’s will stipulates that this play must be performed within 45 days of his death, and David reconnects with some old friends in the theater to make this happen while searching for clues to solve the murder. He cannot figure out why the security services are following him and trying to prevent the staging of the play. As he digs into his father’s life, he uncovers some shocking family secrets and learns that things are not as they appear. Mandelman, who won ALA’s first Sophie Brody Medal for the story collection Talking to the Enemy (2005), has written a first-rate debut novel that tackles current issues in the Arab-Israeli conflict while revealing the paradoxes of Israeli life for those who embrace the arts yet must deal with violence on a daily basis. --Barbara Bibel --This text refers to an alternate kindle_edition edition.
Read more