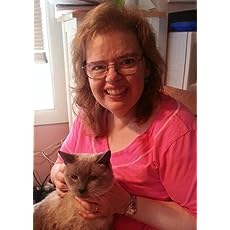 My name is Debbie De Louise. I'm a reference librarian at a public library on Long Island and the award-winning author of the Cobble Cove cozy mystery series. I have a B.A. in English and an MLS in Library Science.

My first novel, a paranormal romance, "Cloudy Rainbow" was written after my beloved cat, Floppy, died from diabetic and liver complications. The book was dedicated to him, and he is featured as a character in it. Cloudy Rainbow was reprinted by my publisher with fresh edits, a new cover, and a few updates.

My second novel, the first book of the Cobble Cove mystery series, "A Stone's Throw," is the story of a widowed librarian who visits her husband's hometown and finds a new love with the town's newspaper publisher but also discovers some alarming truths about her husband's death and its connection to the publisher and his family. Along with a variety of characters, there is also a cat and dog who play minor but interesting roles in the novel. The other books in my Cobble Cove series include "Between a Rock and a Hard Place," "Written in Stone," and "Love on the Rocks." I've also published a romantic comedy novella, "When Jack Trumps Ace" and two standalone mysteries, "Reason to Die" and "Sea Scope." My latest release is a medical mystery, "Memory Makers" about a woman who volunteers to test a new memory drug in the hope of recalling the face of the man who killed her sister.

I'm a member of International Thriller Writers, Sisters-in-Crime, the Cat Writer's Association, and Long Island Authors Group and have published articles in Cats Magazine and Catnip (Tufts University Veterinary Newsletter). I won the Glamour Puss special award from Hartz Corporation for my Catster.com article, "Brushing your cat for bonding, beauty, and better health," (June, 2016). My short mystery, "Stitches in Time" was published in the Cat Crimes Through Time Anthology, (1999). I have also published several other short stories of various genres in Solstice anthologies. I live on Long Island with my husband, Anthony; daughter, Holly; and our cat, Stripey, Harry, and Hermione.
Read more 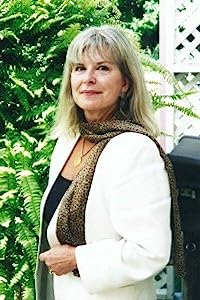 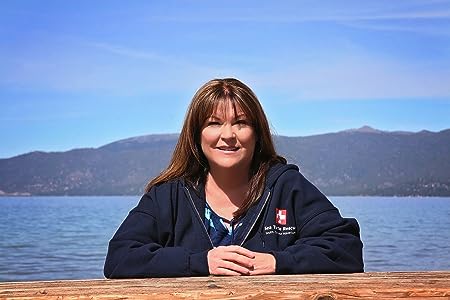 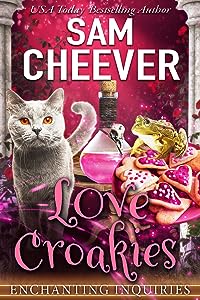 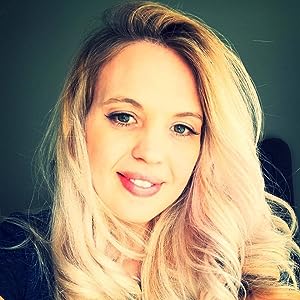 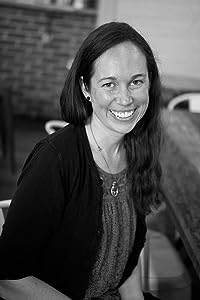 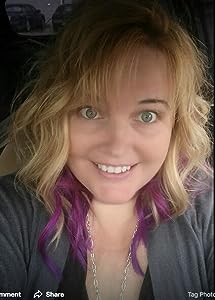 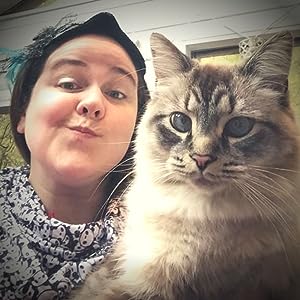 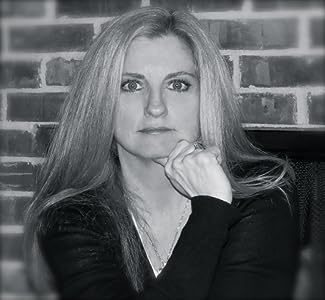 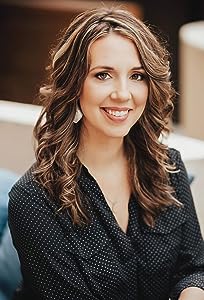 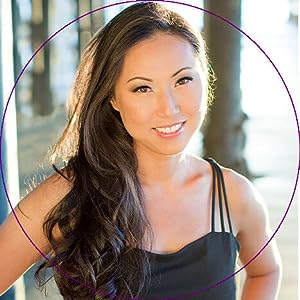 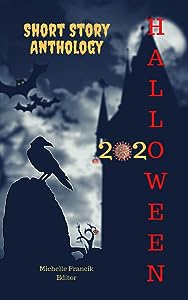 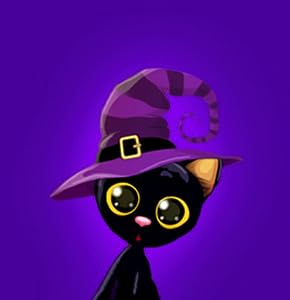 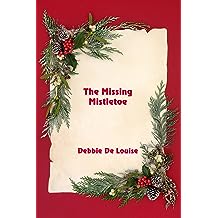 After her divorce, Anna moves to San Francisco where her sister Emily and her brother-in-law Tom live. Emily, a real estate agent, locates a beautiful Victorian home for Anna. The house’s history dates back to before the San Francisco earthquake of 1906. Emily has decorated Anna’s new house with festive decorations she’s purchased and others she found in a box in the attic. The only item she couldn’t find was a mistletoe. When Anna nearly trips on one of the steps to the second floor, she finds a mistletoe hidden in a recess underneath the stair. Hanging it up as her sister holds the ladder, she becomes dizzy and falls. When she awakes, Anna finds herself in 1906 San Francisco the day before the earthquake is scheduled to hit. The occupants of the house cannily resemble her relatives and her ex-husband and his girlfriend. Can she find a way to return to her own time before the earthquake strikes, or should she warn these strangely familiar people of the imminent danger?
Read more 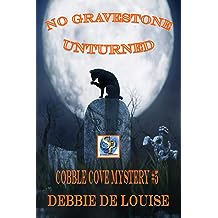 No Gravestone Unturned Cobble Cove Mystery #5 Oct 5, 2020
by Debbie De Louise
( 9 )
$7.99
It’s October in Cobble Cove, and Alicia is busy preparing for the library’s Halloween party when she learns that John’s aunt from Florida has died and that John’s cousins and their spouses are coming to town to bury their mother. The day after the funeral, the caretaker’s son is found dead by John’s grandfather’s gravestone, from a blow on the head. The only witness seems to be Sneaky the library cat, who, having left the library, turned up at Alicia’s door with blood and dirt on him.

As Alicia, Gilly, and Sheriff Ramsay investigate, a generation of family secrets is uncovered. Are one of the guests staying at the inn a killer? Will the humans solve the crime, and can Sneaky, Kittykai, and Salem, the inn’s guest cat, team up to help?
Read more
Other Formats: Paperback 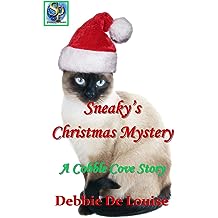 Sneaky's Christmas Mystery Nov 30, 2019
by Debbie De Louise
( 6 )
$0.99
Another death has occurred in Cobble Cove near the holidays. This time, it’s the owner of the new pet store in town who was felled by a case of cat food that crushed his skull. Was it an accident, or murder? While the townspeople including the sheriff are divided in their opinions, Sneaky and Kittykai, the library and inn cats, sniff out the truth.
Read more 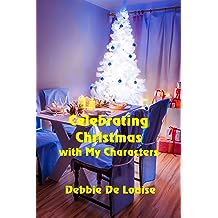 Celebrating Christmas with my Characters Dec 5, 2016
by Debbie De Louise
( 5 )
$0.99
The characters from Debbie De Louise's Cobble Cove cozy mysteries gather in the Cobble Cove library to celebrate the holidays. Each character receives a gift from the author, and Alicia, the main character, reads some excerpts from the first book, A Stone's Throw, and the new release, Between a Rock and a Hard Place.
Read more 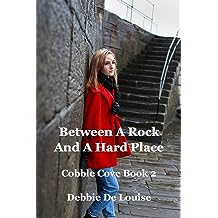 Two years ago, Alicia discovered both a terrible truth and lasting love with John McKinney in the small town of Cobble Cove, New York. Now a busy mother of twin babies and co-author of a mystery series, Alicia couldn’t be happier.

Alicia’s contentment and safety are challenged…

Walking home alone from the library, Alicia senses someone following her, and on more than one occasion, she believes she is being watched. Does she have a stalker? When the local gift shop is burglarized, the troubling event causes unrest among Alicia and the residents of the quiet town.

John and Alicia receive an offer they can’t refuse…

When John’s sister offers to babysit while she and John take a much-needed vacation in New York City, Alicia is reluctant to leave her children because of the disturbances in Cobble Cove. John assures her the town is safe in the hands of Sheriff-elect Ramsay. Although Alicia’s experience with and dislike of the former Long Island detective don’t alleviate her concern, she and John take their trip.

The McKinneys’ vacation is cut short when they learn their babies have been kidnapped and John’s sister shot. Alicia and John’s situation puts them between a rock and a hard place when the main suspect is found dead before the ransom is paid. In order to save their children, the McKinneys race against the clock to solve a mystery more puzzling than those found in their own books. Can they do it before time runs out?
Read more
Other Formats: Paperback 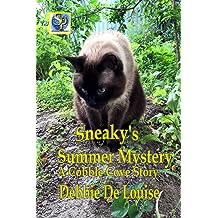 Sneaky's Summer Mystery: A Cobble Cove Story Aug 5, 2020
by Debbie De Louise
( 6 )
$1.99
Cobble Cove is in the midst of an August heatwave. It’s the worst time for the air conditioner at the Cobble Cove library to break down. Alicia has no choice but to close the library and bring Sneaky, the library cat, home with her. After scheduling the air conditioner service with Rudy Gibbs, a technician from Hapnabber’s Repair Shop, she is surprised to learn that John knew Rudy when they were teenagers. When Rudy turns up dead after working on the AC at the library and Alicia learns of it during a barbecue she and John host with Gilly and Ramsay, Sneaky and Kittykai must once again protect their favorite ladies when they conduct their own investigation into the murder.
Read more 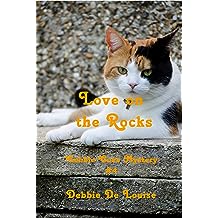 When Alicia helps plan a Valentine’s Day Party at the Cobble Cove library that also includes a surprise for her newlywed friend, Gilly, things go wrong when a mysterious box of chocolates addressed to the director turns out laced with poison.

Clues Lead to A Dead Suspect

Although Alicia promised John she’ll no longer meddle in crime investigations, she and Gilly set out to find the person threatening Sheila who murdered the courier of the deadly candy. The three people they suspect include the professor from California who’s been romancing Sheila while she assists him with research for his book; the obnoxious patron Rhonda Kleisman who threw coffee at the director after refusing to pay for a damaged book; and a visiting widow staying at Gilly’s inn who’s unnaturally curious about Sheila and earns the nickname of Madame Defarge for her interest in knitting.

While Alicia and Gilly are trying to solve this new Cobble Cove mystery, Sneaky is introduced to Gilly’s new kitten, Kittykai, a calico she brought home from her honeymoon in Hawaii. It’s not like at first sight, but the two cats eventually become friends. They also both play a part in foiling the killer’s murder attempts, but will Alicia and Sheila survive unscathed?
Read more
Other Formats: Paperback 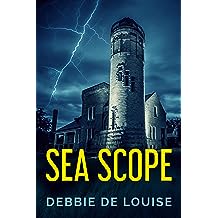 Sarah Collins needs an escape. Mourning her brother’s death and the impending breakup of her marriage, she returns to her childhood home in South Carolina, where her family operated an inn.

Sarah hasn’t been back to Sea Scope for twenty years; not since she and her brother Glen discovered a body by the nearby lighthouse. She never understood why her parents left Sea Scope so suddenly, or the reasons behind her father's suicide.

After Sarah returns to the inn, she faces long-buried memories, text messages and strange clues. Something is not right in Sea Scope. Reunited with people from her past, she tries to figure out what's going on in her childhood home.

When past and present collide, Sarah must face truths about her family, and what happened that summer day by the lighthouse. But will she survive to tell the tale? 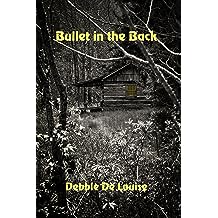 When Susan Drummond accompanies her husband, Ray, to his cabin where he goes to get away from it all and write, her friends and father become concerned that she isn’t answering her cell phone. They all decide to check in on her and find no trace of her or Ray except a newly dug grave. 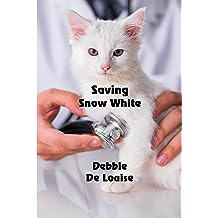 Amy Palmer, home from veterinary school on summer break, is reunited with her best friend, Tom Tremont, when the two of them end up working as assistants at the local veterinary clinic. Amy who once hoped for more than friendship with Tom, discovers that he now has a girlfriend. However, on the day of the summer Solstice, a special cat brings them together in a new way.
Read more 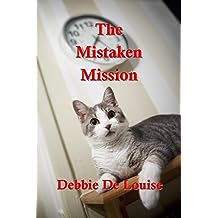 The Mistaken Mission Sep 29, 2019
by Debbie De Louise
( 2 )
$1.49
Nineteen years ago, Gina Garrett’s father disappeared into the past using a time-travel disk he and his partner created. The only person who believed Gina when she explained what happened was her father’s partner’s son. When he, now a detective, shows up at her door claiming that he needs her help him prevent a murder that happened a year ago, she hopes they can find her father, too.
Read more 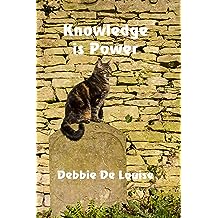 Knowledge is Power Oct 31, 2016
by Debbie De Louise
( 3 )
$1.49
On the one-month anniversary of the death of her beloved cat, Librarian Margaret Goodley, uses her excellent research skills to cast a spell to bring Bluebell back to life. Unfortunately, there are unexpected consequences when two other women who have lost their own loved ones on the same day interrupt the ceremony.
Read more