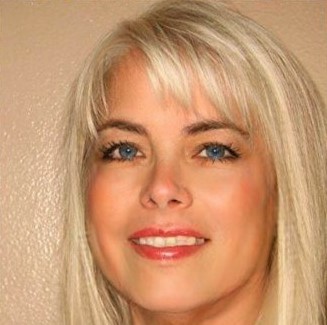 At a young age I found that I could detect an energy field around my body. I thought everyone could feel this energy as well as I always seemed lucky! I could roll "double sixes" any time I wanted, I won games and contests as well. I "really, really" wanted to win, and I always did. Now I can look back on this and realize that I was manifesting.

Coming from a family that enjoyed scary stories as well as science fiction, I always had my eye on the paranormal. I found as a young adult that I always knew "what to do". I could always tell people what was going to happen, what they should do and what the outcome would be. But my realization of any psychic ability lay dormant for many decades.

Later in life, after a serious illness, I was "hit" with extreme psychic thoughts, the "knowing" became populated with minute details. Giving me much more information than I had ever experienced before. So I decided to find out what was happening. I found a psychic to consult and thus began my path into the spiritual world.

After exploring metaphysical classes I found that I excelled with the Tarot. I pushed past the norm for Tarot reading. I developed quite quickly a method of putting timing to the Tarot to look at future events.

In pushing the envelope even further I was confronted with a question to "find" a missing person. Within one hour (with a new method of using the Tarot) I had pinpointed the crossroads to the exact whereabouts of the missing man. From there I now assist with missing persons cases along with homicide investigations.

I currently teach subjects such as Tarot, Energy Healing, Manifesting, and Earth Magic.

My goals include sharing my knowledge of communicating with the "other side", and to help others to manifest their wishes, as well as to help others learn to promote healing of their body, mind, spirit, finances, and relationships. In teaching the Tarot I hope to help others to gain insight into their future so that they get a "heads up", and also can change their paths by manifesting if they choose to do so. 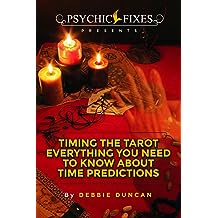 Timing the Tarot: EVERYTHING YOU NEED TO KNOW ABOUT TIME PREDICTIONS Aug 30, 2015
by Debbie Duncan, Rizwan Ashraf
( 15 )
$5.99
Timing the Tarot teaches readers to put a time frame on their readings. This book comes with specific diagrams to show the Tarot reader exactly how to put timing onto the cards, and give readings for future dates. This is a one-of-a-kind system has been thoroughly tested, and is one that you can’t find anywhere else. This easy-to-use method is a must have tool for all Tarot card readers!
Read more
Other Formats: Paperback 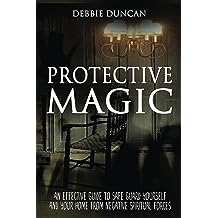 Protective Magic: AN EFFECTIVE GUIDE TO SAFE GUARD YOURSELF AND YOUR HOME FROM NEGATIVE SPIRITUAL FORCES Aug 10, 2016
by Debbie Duncan
( 5 )
$5.99
How to protect yourself and your home from negative forces as well as paranormal activity by using protective magic and natural elements. A book that is channeled by a spirit guide with the following message:
"Be not afraid of the things that slither, wriggle and crawl, as they are of no matter in the scheme of things of what to be wary of. Non-believer? Good for you, perhaps you will never know of the scrabblies and of the “large dark” that exist in this world. But for those of you that have wandered, even intentionally, into the dark corners of the unknown…then you had better heed the advice in this book, as it was written with channeled assistance to help you navigate through this indigo abyss of dangerous sharp edges. Use wisely and freely the information enclosed to keep protections at all times, but for some things…there will be no protection, so know that before going in."
Read more
Other Formats: Paperback 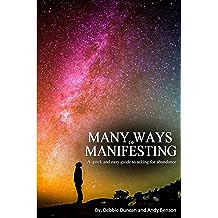 Many Ways of Manifesting: A quick and easy guide to asking for abundance Aug 2, 2016
by Andy Benson, Debbie Duncan
( 14 )
$5.99
Is manifesting “real” or even possible? Can you really manifest for yourself? Andy and I can attest that the answer to these questions is unequivocally “YES”! In both our experiences we have seen manifestation work not only in our lives but in the lives of others. Manifesting is truly an incredible ability!
Now is the time for YOU to grasp the Universal Energy that affects all of us and bring it into your own life to manifest your OWN dreams!
There are many ways to manifest what you truly want. It is difficult to find one place where you can get an overview of the “what”, the “how”, and the “why’s” of manifestation. This is our sole purpose in writing this book for you. We want YOU to be able to manifest for your own life and to show you how simple manifestation truly is!
This easy and quick reference guide will help you navigate through various techniques we have found and to help you find the method that is right and simple for you.
Andy and I suggest you try any or all of these methods to see what truly works for you! This is the most important part, right?
We want to take this time to remind you that manifesting works for the greater good of all. When you manifest
• Don’t be needy
• Keep it “real”
• Always Express Gratitude
• Include a Time Frame
• DO NO HARM WHEN SETTING YOUR INTENTIONS (Keep your Karma Clean)
Andy and I have been a part of this manifesting path for many years and have experienced things that are nothing short of miracles. Go out and create your own miracle TODAY!
Read more
Other Formats: Paperback