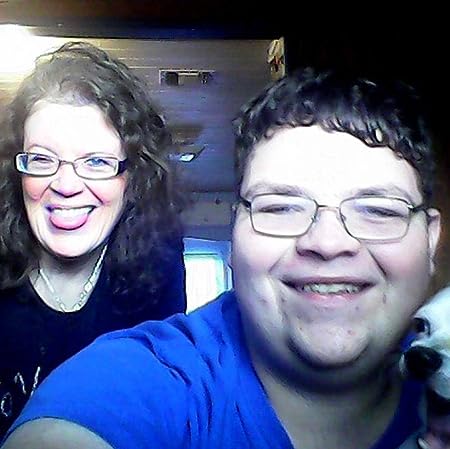 Award-winning humor author/award-winning children’s author Debbie Roppolo grew up in the Blackland Prairie region of Texas, where miles of grassland and her horse stimulated very imaginative adventures and served as writing fodder for later years. She had to do something with those memories; having tea parties with chickens was too good to keep to herself.

She has written for several of the Chicken Soup books in addition to various magazines and newspapers. Her children’s book titles include: Amelia Frump and her Peanut Butter-Loving, Overactive Imagination; Amelia Frump…is Cooking Up a Peanut Butter Storm (award-winning activity/cookbook); He’s My Brother.

Shortly after beginning her own family, Roppolo discovered the reason why her mother turned prematurely gray, and that a cell phone, toilets and toddler make a poor combination. Rather than sitting in a corner, whimpering, and eating her weight in chocolate, Roppolo wrote her first parenting humor book, The Toilet is Overflowing and the Dog is Wearing My Underwear, that was based on her family’s antics. The book contains the award-winning essay “Age is a State of Mind—Too Bad I Can’t Find Mine.” After her younger son was diagnosed with autism, Roppolo and her husband co-founded Central Texas Autism Network, a network for persons who may have a relative or friend diagnosed with Autism, or professional that may deal with Autistic persons. She serves as an advocate for people with autism through her writing, by speaking to groups, and spreading awareness as various health-related functions.

She is currently the editor-in-chief for a small publishing company.

Cooking is her second passion, and Roppolo holds the honor of being a seven-time award-winning baker.

Roppolo has participated in radio interviews, TV appearances, and has had extensive experience with school visits promoting literary awareness and her children’s books.

Married for over twenty-three years, she resides in the Texas Hill Country with her husband and two children. 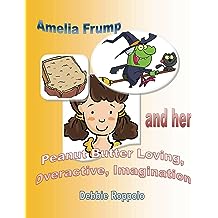 Amelia Frump & Her Peanut Butter Loving, Overactive Imagination Sep 2, 2020
by Debbie Roppolo
$0.99
Amelia Frump has a problem: an overactive imagination that sometimes gets her into trouble. One night, as the winds howl through the treetops, Amelia sees a spooky, bony finger tapping on the glass outside her bedroom window. Can her wild imagination save her in time, or will she be the final ingredient in a Grubby Sock Casserole?
Read more
Other Formats: Paperback 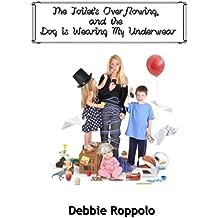 The Toilet Is Over-Flowing & The Dog Is Wearing My Underwear Sep 2, 2020
by Debbie Roppolo
( 2 )
$0.99
In the BC (before children) years, award-winning humor author Debbie Roppolo believed parenting would be a breeze. Had she known motherhood entailed fishing cell phones from toilets and pulling cocoa puffs out of noses, she might have become a nun. Armed with a sharp wit, her stories, and the realization that parenting is sometimes a contact sport, Roppolo enlightens the reader with the knowledge that parenting is a wonderful journey, especially if the path is edged with humor.
Read more
Other Formats: Paperback 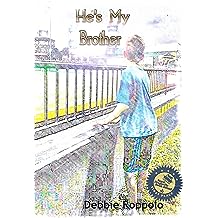 He's My Brother Apr 10, 2018
by Debbie Roppolo
( 1 )
$0.99
The diagnosis of autism devastates every member of a family, sometimes impacting siblings the hardest. Twelve year-old Jonathan Roper is no exception. Forced to move away from everything that he's familiar so that his younger brother Cameron can get better services, Jonathan feels alone and forgotten. Can he overcome his feelings of resentment and sadness, or will Cameron's autism drive a wedge between the brothers that can't be overcome? This book also contains answers to frequently asked questions, a resource page, and more.
Read more
Other Formats: Paperback