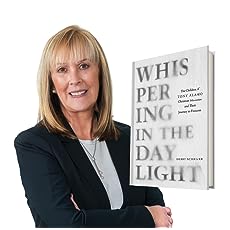 Debby Schriver is a cult expert, an author and a human rights activist whose projects connect us to common, core values that lift the human spirit.

A native of Chicago, Schriver earned undergraduate and graduate degrees at the University of Tennessee, Knoxville. Her major studies were in educational counseling psychology and early American literature.

Schriver's curiosity in the psychological and sociological ways that people develop, particularly during the formative years, found a professional home in higher education. At the University of Tennessee she served as Associate Dean of Student Conduct and Orientation for 13 years and Manager of Employee Training and Organizational Development for 18 years. Her responsibilities included counseling first-year students having difficulties in their transition to the university. In this role each year Schriver selected and supervised 22 students to serve as orientation assistants to approximately 3,600 incoming students and their parents. Her position required the ability to identify and understand the emotional stresses of students leaving home for the first time and entering an environment totally new to them. Throughout the academic year she counseled students to assist with their academic and social adjustments to an environment far different from their previous experiences living at home.

Her work in employee training and organizational development called on her research and writing skills to create and implement training seminars pertinent to faculty and staff at the university. She researched, wrote, developed, and presented more than 150 different programs to teach a broad spectrum of knowledge and skills including productivity, employee motivation, conflict resolution, supervisory development, and effective communication. Recognizing her outstanding work, the College and University Personnel Association (CUPA) honored her for innovative curriculum development and program presentation.

Schriver is nationally recognized as a leader in student development and has been honored by the National Orientation Directors Association (NODA) and the American College Personnel Association (ACPA). She is the first woman to be elected president of NODA; served as chair of the Commission for Admissions, Orientation, and Retention for ACPA; and served on the national committee for alcohol education. Alumni of the University of Tennessee have established the Debby Moberly Schriver Endowment to grant scholarships to students working with first-year students in their capacities as Orientation Leaders.

She is actively involved in civic organizations, particularly those which direct their services to children. She is a Girl Scout volunteer and president of the Girl Scout Board of Directors. Schriver is an American Red Cross volunteer, delivers first-aid classes, disaster shelter preparedness, and youth education classes in local schools. As a Rotary Club member she volunteers her time and reads to first, second, and third-graders at an inner-city school.

Schriver's child advocacy skills were put to work when she was appointed a member of the Foster Care Review Board by the Knox County Juvenile Court. This board meets monthly with Department of Human Services professionals, lawyers, social workers, children, and parents in the foster system to determine their progress toward goal achievement and reports the board's recommendations directly to the judge.

Schriver has lately been focusing her advocacy on aiding survivors of high-demand groups, and has become an expert on second-generation cult survivors and in in close association with, and has great esteem for, International Cultic Studies Association (ICSA). Her book Whispering in the Daylight, the Children of Tony Alamo Christian Ministries and Their Journey to Freedom is forthcoming in April 2017 from the University of Tennessee Press. Alamo's story is part of an upcoming Sundance TV docuseries "Ministry of Evil: The Twisted Cult of Tony Alamo," produced by NBC Peacock Productions and World of Wonder Productions, in which Schriver appears as an Alamo expert. Schriver is thrilled to have been able to set up a nonprofit through which the damage wrought by high demand groups may be dealt with and those seeking help may have ample resources and access to appropriate counseling.
Read more 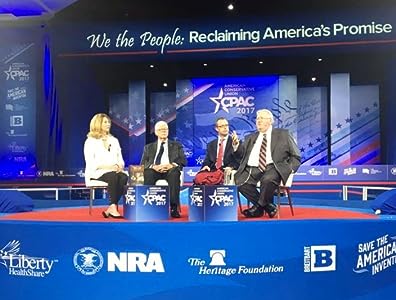 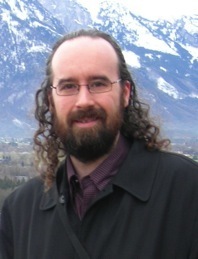 "The Journal of Rachel Van Dyke," a compelling primary document previously unpublished, offers insights into the life and mind of a seventeen-year-old young woman, while also providing a fascinating window into the cultural and social landscape of the early national period. Rachel was a thoughtful, intelligent, observer, and her journal is an important account of upper- and middle-class life in the growing city of New Brunswick, New Jersey. Her entries reveal her remarkably studied views on social customs, marriage, gender roles, friendship, and religion.

The journal is dominated by two interrelated themes: Rachel's desire to broaden her knowledge and her friendship with her teacher, Ebenezer Grosvenor. Since Ebenezer was both her teacher and her romantic interest, it is impossible to distinguish between the themes of education and romance that dominate her writings. On several occasions, Rachel and Ebenezer exchanged their private journals with each other. During these exchanges, Ebenezer added comments in the margins of Rachel's journal, producing areas of written "conversation" between them. The marginalia adds to the complexity of the journal and provides evidence of and insight into Rachel's romantic and intellectual relationship with him. The written interactions between Rachel and Ebenezer, together with discussions of friendship and courtship rituals provided throughout the journal, enrich our understanding of social life during the early national period.

To Read My Heart will be of interest to students of American history, women's studies, and nineteenth-century literature; all readers will be captivated by the rich expression and emotional experience of the journal. Whether she is relating the story of a young friend's wedding, the death of a small boy, or the capture of a slave in Guinea, Rachel's pages have universal appeal as she seeks to understand her own role as an emerging adult. 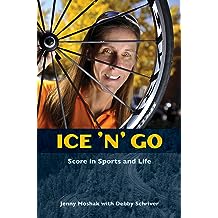 Ice ’n’ Go: Score in Sports and Life May 30, 2013
by Jenny Moshak , Debby Schriver
( 21 )
$28.45
The 1972 passage of Title IX, the federal law that prohibits sex discrimination
in education, was a gamechanger for women and girls in athletics. in the forty years since the law was enacted, participation in sports—especially of girls and women—has grown dramatically. With that growth have come challenges. in Ice-n-Go: A Perspective on Sports and Life, Jenny Moshak, celebrated trainer of the legendary lady Vols basketball team and associate athletic director for sports medicine at the university of tennessee, Knoxville, reflects on the role of sports in society and addresses the high stakes and costs of winning in sports today.

Ice-n-Go is a culmination of the breadth of knowledge and unique insight from Moshak’s more than twenty-five years of work in major college sports. in this highly readable new book, she covers social issues, medical concerns, motiva- tional techniques, gender roles and expectations, the impact of sports on our children, and how the body works, heals, and recovers. though she writes on serious subjects in a serious way, Moshak’s tone is always upbeat and positive with surprisingly simple strategies for improving the athletic experience for all, especially kids.

An outstanding athlete herself, she shares lessons learned on her own demanding coast-to-coast bicycle ride across the united states. in sharing her stories, sound advice and fresh ideas, Moshak seeks to do for us what she has always done for the players in her care: to help protect, nurture, and grow the athlete who is in each one of us.

Jenny Moshak is the celebrated trainer of the legendary Lady Vols basketball team and associate athletic director for sports medicine at the university of Tennessee, Knoxville. a frequent speaker at workshops and conferences across the country, Moshak is an adjunct professor in the exercise science department at the university of tennessee. the U.S.A. Olympic Committee cited Moshak for “Outstanding athletic training support” at the United States Olympic Festival.

Now retired from the university of tennessee, Knoxville, Debby Schriver was the first woman to be elected president of the national Orientation directors association. she is the author of In the Footsteps of Champions: The University of Tennessee Lady Volunteers, the First Three Decades.