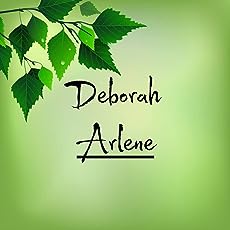 Deborah Arlene writes about her enduring passion - the beauty and wonder of life. Her pro-life views were formed early through her own experiences. She became pregnant with her son at the age of 14, and she and her son's father (the same age as Deborah) married after they both graduated from high school. Their second child, a daughter, was born eight years after their son, and Deborah and her husband are still happily married today. After high school graduation, Deborah worked for state government for 25 years. Her life was forever changed when she met the life-giver, Jesus Christ, and He began to direct her path.

After retiring from her government career early, Deborah attended college for the first time, earning a Gerontology Certificate and an Associate in Arts in Social Science at a community college. She continued her education at Liberty University where she earned a Bachelor of Science in Psychology/Life Coaching with a Minor in Christian Counseling. After graduation, she became the Executive Director of a pro-life pregnancy care center.

She retired again and is currently babysitting her first grandchild. Had she not chosen life for her son in 10th grade, this beloved grandchild would not exist. This is something she is keenly aware of, and Deborah longs for all people to view the life of an unborn child in the womb as irreplaceably precious, just as that child's mother and father are exceedingly precious.

Deborah also wants all people to know Jesus, their life-giver, personally. Doing so transforms life into beauty unspeakable, not just for now but for all of eternity.
Read more 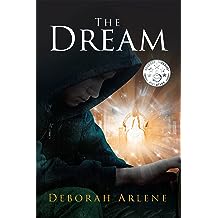 When Seth Siracke's sleep is haunted by a recurring dream for a year, he falls into a pit of despair. His girlfriend, Katy, refuses to talk to him about the dream and grows increasingly frustrated with his lack of interest in nearly anything else. Desperate to make the dream stop, he reluctantly begins an investigative journey to uncover the cause. As life's difficulties pile on, an unlikely friendship with an elderly gentleman brings Seth face to face with the devastation of abortion and the revelation of a loving God.
Though fiction, this book embraces the difficult topic of abortion in a way that mirrors real life. Through a story line with many captivating twists and turns, The Dream explores abortion from a biblical perspective and reveals its heartbreaking impact on the father, mother, grandparent, and unborn baby. In the midst of it all, our loving heavenly Father's desire for a genuine relationship with each one of us is tenderly demonstrated.

"The Dream is powerful in that it deals with the issue of abortion in a way that should encourage those on both sides of the issue to pause for a moment and take a look at the humanity involved...Deb's compassion for people comes through in a strong way, and you will find that your heart will look at people in much the same way...far more than just "statistics" to be calculated, but human beings that our Heavenly Father loves. Human beings that He has a plan for, regardless of their past."
""Pastor Norman Lawrence