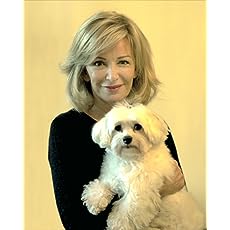 Debra Finerman is an American writer who lives part-time in Paris. She is the author of three novels. YOU LUCKY DOG, her latest book, is a humorous novel for animal lovers and human lovers.
SHADOW WAR, her second book, is a WWII novel inspired by plaques seen on walls throughout Paris dedicated to the brave Resistance Fighters who died on the spot, shot by Nazi patrols. Espionage is familiar to her as her uncle was a CIA agent. Her first novel MADEMOISELLE VICTORINE, published by Random House, has been translated into six languages worldwide. Debra is a former journalist for Capital Style, The Hollywood Reporter monthly magazine, Beverly Hills Today and Beverly Hills Magazine. Her articles about France are published in the online magazine, My French Life.
A graduate of UCLA, she earned her academic degree in Art History and Connoisseurship at Christie's, New York.
Read more 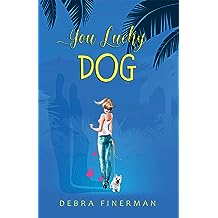 What do you do when you’re attending your own funeral but can’t tell the love of your life that you’re there, perfectly alive? Your wife doesn’t recognize you because you look slightly different. Well, more than slightly. You’re now a dog.

You Lucky Dog is the unlikely love story of Jake and Emma, a young couple thrown into a very unusual situation.

Jake and Emma appear to have everything going for them. A young married couple, they live with their dog in the leafy suburbs of Los Angeles. But after a horrible accident changes the course of their lives forever, Jake finds himself alive but living outside his body, and in the body of his dog.

What follows is a hilarious and heartwarming tale of misplaced identity. You Lucky Dog explores the mysteries of life and death, and the enduring power of love, in a heartwarming story for animal lovers and all lovers. 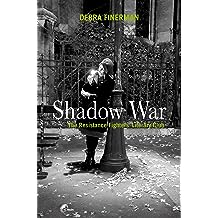 Shadow War: The Resistance Fighters' Literary Club Jun 10, 2014
by Debra Finerman
( 13 )
$3.99
We’re in Occupied Paris, June 1940. German tanks have rolled in, stylish cafes and nightclubs cater to Nazis now. France is crushed but the SHADOW WAR has just begun. A British S.O.E. spymaster teams with a Resistance leader from Burgundy to organize The Resistance Fighters’ Literary Club composed of blacklisted writers and artists. Their headquarters is the Balzac Bookshop in Paris. Two female agents, an American Embassy attaché and a beautiful French-Russian countess are sent by London on a dagerous mission to kidnap a top Nazi officer in Paris and help smuggle an iconic French art masterpiece to safety from the thieving Nazis. The characters are based on actual people and true events. The Resistance fighters carry a shadow self within as we all do, and battle existential crises while waging the SHADOW WAR.
Read more
Other Formats: Kindle , Paperback 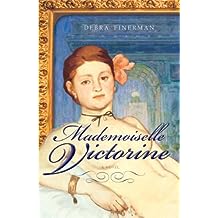 Mademoiselle Victorine: A Novel Jul 24, 2007
by Debra Finerman
( 8 )
$6.99
When Victorine Laurent joins the chorus of the grand Paris Opera ballet, she expects to become the mistress of a wealthy man; this is how young women without family survive in the decadent City of Light. Yet when the artist Degas introduces her to Edouard Manet, her life changes dramatically. She agrees to pose for him, and the result is a painting that shocks Paris. Overnight, Victorine becomes the city’s most sought after courtesan.

When she becomes the favorite of the Duke de Lyon, the power behind the shaky government of Emperor Louis-Napoléon, her continued attraction to Manet becomes dangerous for them both. And when an astonishing secret from Victorine’s past comes to light, her carefully constructed world may come crashing down around her.

Mademoiselle Victorine transports readers back to nineteenth-century Paris, a time when art, love, and commerce blended seamlessly together.
Read more
Other Formats: Paperback