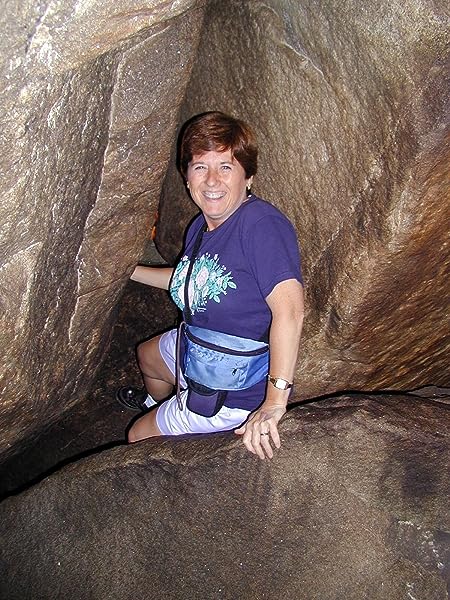 I am a retired teacher assistant and a graduate of Mitchell College in New London Connecticut. I was born in Cumberland, RI. I married my husband in 1978 and moved to Connecticut where I lived for eighteen years, working at Chelsea Groton Savings as the Supervisor of the checking account department. I wrote my first novel, Dark Night of the Soul, while recovering from brain surgery. During the six month recovery period, I was not allowed to drive or solely care for my son. The strength my main character exhibits, is the strength I hoped I could teach my son. After returning to work, I put the book aside. Moving with my husband I began working as a teachers assistant, not returning to my writing until retiring. Self publishing my first novel, I continued the series as my character grew, following his life experiences brought out in greater affect through the extraordinary circumstances of his life. All my books are meticulously researched using sources from emergency management specialists, physicists, attorneys and the FBI. I hope you enjoy my books, taking away the information I learned and the love of life I instilled on each page. 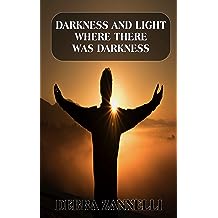 Where There Was Darkness (Darkness and Light Book 3) Nov 18, 2019
by Debra Zannelli
( 2 )
$2.99
The third book in the story of Marcus and his return to the world of the living.
Read more
Other Formats: Paperback 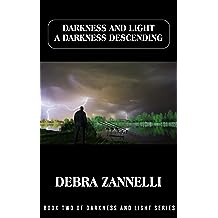 A Darkness Descending (Darkness and Light Book 2) Mar 19, 2018
by Debra Zannelli
( 2 )
$1.99
Marcus is taken prisoner by a centuries old vampire, Gregor, two weeks before his fifteenth birthday. In his suffering, Marcus holds onto the memories of his family’s love, using the strong ethics they taught him to keep him strong, a strength Gregor does not understand. It is this that helps him to survive. After thirteen years, deciding Marcus cannot be broken, Gregor decides to change him and Marcus is finally able to escape. Even as a vampire, Marcus remains true to his nature. With his memories fading, he returns to those who touched his life. In his journey, Marcus finds kindness in unexpected places. Through out the life he is forced to live, the terrible choices he has to make, Marcus determines that there are reasons to live and sacrifices worth making.
Read more
Other Formats: Paperback 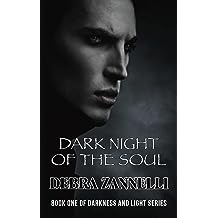 Dark Night of the Soul (Darkness and Light Book 1) Aug 13, 2017
by Debra Zannelli
( 9 )
$3.99
A centuries old vampire, Gregor, kills to sate his hunger for blood but also for the pleasure of the kill. Abused by his parents, Gregor hates anyone who reminds him of the weak and fearful child he once was. Gregor also has a son, Marcus, whom he took years ago, and attempted to make him into a creature like himself. But Marcus is nothing like Gregor. Trapped, painfully tormented by what he’s been forced to become, Marcus clings to the humanity Gregor has tried to erase. He needs to feed on blood, but Marcus cannot find it in himself to attack innocent prey. Even on the night he was to make his first kill, Marcus rescues his intended victim. He saves the little girl, Maddy, and makes his escape.Years later the two encounter each other. Maddy recognizes Marcus as the face in the nightmares that haunted her since the attack. She knows Marcus is a vampire, but she understands his special nature - that of a tormented creature at war with his own demons. Knowing that, she comes to love him.But Gregor lurks. He returns to the New England town where his son Marcus escaped him. Still angry, wanting to punish all those who stand in his way, Gregor begins a killing spree and leaves a chain of bodies in his wake, The town’s citizens hide in terror behind bolted doors.Gregor’s murders spur Marcus who teams up with Maddy and her brother Judson. The three work with the local police and have a singular goal: stop Gregor before he kills again. The battle that begins brings all of them face to face with the best and worst mankind can offer.
Read more
Other Formats: Hardcover , Paperback 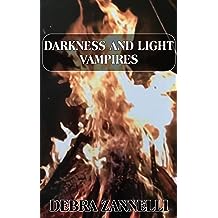 Darkness and Light, Vampires Jan 22, 2022
by Debra Zannelli
$3.99
Darkness and Light Vampires, is the fifth book in the Darkness and Light Series. Marcus having learned how to live with what he’s become, is struggling with how to live in the world that once rejected him. There are new monsters to hunt, new fears to face, but mostly old wounds to heal. His biggest fears in this seemingly never ending journey is, will he walk in the world once again alone, or will understanding only coming from the monster that changed him.
Read more
Other Formats: Paperback 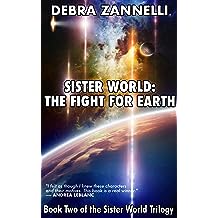 Sister World II - The Fight for Earth Sep 7, 2020
by Debra Zannelli, Robert Zannelli, David Zannelli, Nathaniel Zannelli
$3.99
This is the second of the Sister World Trilogy. The continuing fight for our world against Terah, a world much like Earth, existing in alternate universe. Frauliege, their cruel dictator, has been sending her people through the wormhole connecting our worlds, quietly replacing our leaders. Kahill and Becarra take the journey through the wormhole to warn us of the invasion. Outright war is not a solution, when the world is led by the invaders who look and sound like us. It is only through strong planning, a few brave people and the other animals that share this world with us, that the war can be won.
Read more
Other Formats: Paperback 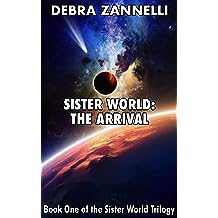 Sister World I The Arrival Jan 15, 2019
by Debra Zannelli
( 4 )
$4.99
Terah, a planet in an alternate universe is a mirror of Earth. Terah is at war. A war whose the final battle may be fought on Earth. Two children travel through the wormhole connecting both worlds. Kahill and Katuala search for their counterparts. With Peter and Becky's help a new army will arise and the Earth will fight for her freedom.
Read more
Other Formats: Paperback 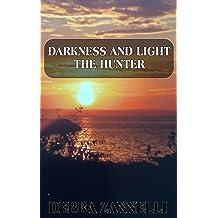 Darkness and Light The Hunter Aug 31, 2021
by Debra Zannelli
( 1 )
$3.99
Finally accepting his altered state, Marcus uses the part of him still walking in the shadows. Recruited by FBI agents Yother and Greyson, he is able to use the abilities he thinks of as both a gift and a curse, knowing he must hide who he is and with each success comes the fear he has not hidden enought. The shade of Gregor, the monster who captured him so many years ago, walks in the shadows beside him and Marcus must find a way to tame him. As Marcus' successes mount, so does the danger to the life he's trying to live. The terrorist attack on the President's family forces Marcus to make a terrible choice. Let them die, or do what he can to save them. Saving them brings him to the attention of the government where skills like his are more than needed. A new chapter in his too often changing life begins and his never-ending hunt for monsters crosses into other countries where he faces dangers to both the life he's leading and to life itself. Now more than ever he must hide some of what he is and his nemesis, Detective Brian Hawkins, is always watching. With Maddy by his side and the friendship of Chief Raymond Daniels, Marcus struggles to walk in the light while still being welcomed into the darkness.
Read more
Other Formats: Paperback