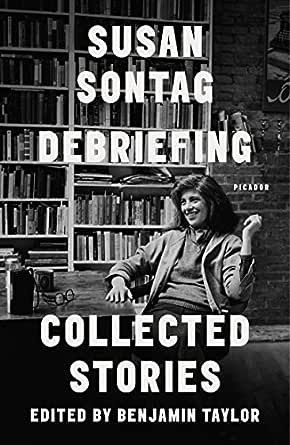 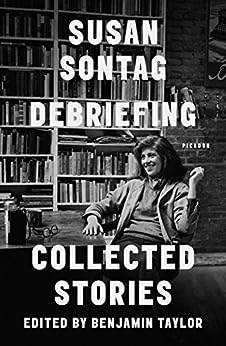 Susan Sontag (1933–2004) was the author of numerous works of nonfiction, including the groundbreaking collection of essays, Against Interpretation (FSG, 1966), and of four novels, including In America (FSG, 2000), which won the National Book Award.

Benjamin Taylor is the author of his family memoir, The Hue and Cry at Our House, as well as Proust: The Search in the Yale Jewish Lives series; Naples Declared, a travel memoir; and the award-winning novels, Tales Out of School and The Book of Getting Even. He edited Saul Bellow: Letters and There Is Simply Too Much to Think About, Bellow’s collected nonfiction. Taylor is a past fellow and current trustee of the John Simon Guggenheim Memorial Foundation.

“The cumulative effect of her writing is to stimulate the flow of argument. . .you might say she has diverted the mainstream; her private islands of thought now look like the territory on which we've always lived. . .She stands for what is articulate, independent, exploratory: for self as a work in progress. ―Hilary Mantel, The Los Angeles Times Book Review

Susan Sontag is a powerful thinker, as smart as she's supposed to be, and a better writer, sentence for sentence, than anyone who now wears the tag 'intellectual.' ―Adam Begley, The New York Observer

[Sontag is] one of our very few brand-name intellectuals. . .the bearer of the standard of high seriousness in a culture that has essentially capitulated to the easy lifting of the ironic mode or the ready clasp of pure entertainment. ―Sven Birkets, The Yale Review

Leigh F. Feather
3.0 out of 5 stars I might be one of maybe 9 people who have read this book
Reviewed in the United States on October 10, 2018
I don't even know why I got Debriefing as a gift. I don't remember putting it on a wish list or ever mentioning that I like Susan Sontag. I'd never read anything by her. This collection of fictional 'essays' was said to be unlike her other more well-known work. At first it seemed interesting. It was challenging and odd and artsy and weird which I really appreciated, but parts of it were so out there I couldn't even understand what I was reading or why. Since it is a collection of very different stories I could put it down for long stretches while I read other things. I finally pushed through to the end and hoped it was somehow character-building. I will say it was a good antidote to the mind-numbing boredom of suburban existence.
Read more
2 people found this helpful
Helpful
Comment Report abuse

darswordsTop Contributor: Knitting
VINE VOICE
1.0 out of 5 stars Not for me
Reviewed in the United States on April 3, 2018
Though I was grateful for the opportunity to read this, I am sorry I couldn't finish it. I found it stuffy and boring. I don't like anthologies or short stories. So I guess I shouldn't be surprised that I couldn't handle this.

Don't take my word for it. Read it for yourself as plenty love this book.

CAROL CUSTER
3.0 out of 5 stars BRILLIANT IN HER TIME
Reviewed in the United States on November 15, 2017
The author is obviously brilliant and a masterful writer but to me, the material seems too wordy and not especially interesting. I enjoyed her use of language and yet it has the feeling of trying too hard. Like - throw lots of words into the mix to sound more intelligent. Perhaps this is just because the stories were written years ago so seem somewhat dated but I found them a bit tedious to read.
Read more
8 people found this helpful
Helpful
Comment Report abuse
See all reviews

Kindle Customer
5.0 out of 5 stars Love The Form
Reviewed in the United Kingdom on August 20, 2019
Verified Purchase
I love the form of these stories. She was explorative, and while they (stories) may take getting used to, are rewarding.
Read more
Report abuse
See all reviews