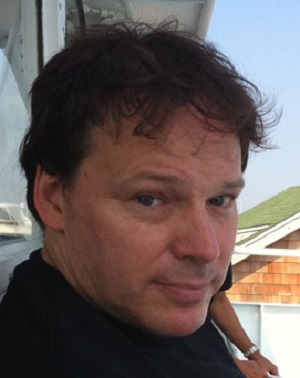 by David Graeber (Author)
4.4 out of 5 stars 362 ratings
See all formats and editions
Sorry, there was a problem loading this page. Try again.

“One of the year’s most influential books. Graeber situates the emergence of credit within the rise of class society, the destruction of societies based on ‘webs of mutual commitment’ and the constantly implied threat of physical violence that lies behind all social relations based on money.” —Paul Mason, THE GUARDIAN

“The book is more readable and entertaining than I can indicate... It is a meditation on debt, tribute, gifts, religion and the false history of money. Graeber is a scholarly researcher, an activist and a public intellectual. His field is the whole history of social and economic transactions.” —Peter Carey, THE OBSERVER

"An alternate history of the rise of money and markets, a sprawling, erudite, provocative work."
—Drake Bennett, BLOOMBERG BUSINESSWEEK

"[A]n engaging book. Part anthropological history and part provocative political argument, it's a useful corrective to what passes for contemporary conversation about debt and the economy."
—Jesse Singal, BOSTON GLOBE

"Terrific... In the best anthropological tradition, he helps us reset our everyday ideas by exploring history and other civilizations, then boomeranging back to render our own world strange, and more open to change."
—Raj Patel, THE GLOBE AND MAIL

"Graeber's book has forced me to completely reevaluate my position on human economics, its history, and its branches of thought. A Marxism without Graeber's anthropology is beginning to feel meaningless to me."
—Charles Mudede, THE STRANGER

"The world of borrowing needs a little demystification, and David Graeber's Debt is a good start."
—THE L MAGAZINE

"This timely and accessible book would appeal to any reader interested in the past and present culture surrounding debt, as well as broad-minded economists."
—LIBRARY JOURNAL

“I consider him the best anthropological theorist of his generation from anywhere in the world.”
—Maurice Bloch, Professor of Anthropology at the London School of Economics

“If anthropology consists of making the apparently wild thought of others logically compelling in their own cultural settings and intellectually revealing of the human condition, then David Graeber is the consummate anthropologist. Not only does he accomplish this profound feat, he redoubles it by the critical task—now more urgent than ever—of making the possibilities of other people’s worlds the basis for understanding our own.”
—Marshall Sahlins, Charles F. Grey Distinguished Service Professor Emeritus of Anthropology and of Social Sciences at the University of Chicago

David Graeber teaches anthropology at the London School of Economics. He has written for Harper’s, The Nation, Mute, and The New Left Review. In 2006, he delivered the Malinowski Memorial Lecture at the London School of Economics, an annual talk that honors “outstanding anthropologists who have fundamentally shaped the study of culture.” One of the original organizers of Occupy Wall Street, Graeber has been called an “anti-leader of the movement” by Bloomberg Businessweek. The Atlantic wrote that he “has come to represent the Occupy Wall Street message...expressing the group’s theory, and its founding principles, in a way that truly elucidated some of the things people have questioned about it.”
Tell the Publisher!
I'd like to read this book on Kindle

4.4 out of 5 stars
4.4 out of 5
362 global ratings
How are ratings calculated?
To calculate the overall star rating and percentage breakdown by star, we don’t use a simple average. Instead, our system considers things like how recent a review is and if the reviewer bought the item on Amazon. It also analyzes reviews to verify trustworthiness.
Top reviews

JagLover2006
5.0 out of 5 stars Clear and fun read full of odd historical facts and vivid vignettes
Reviewed in the United States on August 1, 2021
Verified Purchase
David Graeber presents a millennia spanning view of money and debt that is a clear and fun read and full of odd historical facts and vivid vignettes. Graeber treats the 5000 year span with congenial authority and escorts the reader with the calm assurity of a seasoned guide. Ages and their peoples seem to come alive before us. He strips economics of its mind numbing complexity and reveals it to be an area of human activity like any other; sometimes odd, but always understandable. This is a book for anyone who is curious about all this talk about debt and why some quarters of society are very comfortable with it and other quarters are encouraged to be very fearful. After reading "Debt: The First 5000 Years" you can't think of money the way you did ever again.
Read more
Helpful
Report abuse

Terrence N. McCann
5.0 out of 5 stars Jubilee anyone?
Reviewed in the United States on April 15, 2015
Verified Purchase
I had to read the first half of the book with many breaks. It was almost like a college class in its depth. So many things were being presented with a new perspective that it took time to absorb.

Many things that I had questioned in our current age were demonstrated as being "nothing new under the sun." The patterns of debt were/are foundational in the development of the modern world. And this not necessarily for the ultimate good if taken to the extremes which are the norm, unfortunately.

Banking and debt can help tremendously in creating a prosperous and broadly-people-benefitting economy. But as time goes on in the end the debt becomes extreme and the resultant predation have proved to ultimately destroy.

As pictured in the book the problem seems not to be in the process but in the time. The author advocates a Jubilee every 50 years, or some similar event, to permit the positive side of debt usage and reduce the negative. It seems that much of the negative aspects of debt seem to typically come at the end of such a period. Unfortunately, the process of unlimited debt creation occurs heavily at the end of a such a cycle. The debt becomes more artificial (hedge funds anyone) and onerous for all.

Mark A. Rayner
5.0 out of 5 stars A must read for troubled financial times
Reviewed in the United States on February 28, 2012
Verified Purchase
You only have to look at the length of the other reviews this book has generated -- and the deep thought and critique contained within them -- to realize that this is a book worthy of your time.

Graeber's examination of the history of debt and its role in civilization has forced me to re-examine everything I thought I knew about human history.

I won't claim this book is a quick read, but the prose is engaging and conversational, even when discussing difficult and heady concepts. It's the ideas that forced me to take my time, and allow this book to change my view of things.

Is capitalism a form of debt slavery? Maybe. Is it worth asking that question? Definitely.

Kindle Customer
5.0 out of 5 stars A genuine achievement of scholarship and clarity
Reviewed in the United States on April 5, 2014
Verified Purchase
...which is rare. This overview of the actual history of money through the ages, and the philosophy it comes from and generates, is one of those rare truly paradigm-altering books. It is like a look beneath the hood of civilization, showing how simple many seemingly complex tendencies can be. Graeber achieves this task with a clear, direct style which helps make rather intricate concepts very approachable to a financial layman such as myself.

Even when I don't fully agree with some of the author's conclusions, I am thinking about familiar topics in ways that are entirely new to me.

In short, read it. In my opinion, this and "The Master and his Emissary" are required reading for anyone who wants to understand our world.

Alexios Xifaras
5.0 out of 5 stars Masterpiece !
Reviewed in the United Kingdom on October 22, 2019
Verified Purchase
Τhis book is simply a masterpiece. Absolutely essential reading for those interested with the history of debt and money. It is one of those books that change the way you see the world. Graeber masterfully moves from the beginnings of money, on the basis of human societies, to the role of debt and money throughout the last approximately 5,000 years, to the implications of making money as a unique moral imperative, in what is capitalism, in relations of Adam Smith with Islamic theologians - philosophers such as the Ghazali of the 11th and 12th centuries and finally what to do today. In short it is a classic book.
Read more
3 people found this helpful
Report abuse

Skiamakhos
5.0 out of 5 stars Excellent piece of work
Reviewed in the United Kingdom on May 1, 2013
Verified Purchase
Inspiring, erudite, sometimes shocking stuff. Debt is normal, but being forced to pay it off is a relatively new thing & a thing of violence. Owing a debt to each other is the natural glue that keeps society together. Having to pay it off with money causes suffering & divides us. Graeber goes into the history of money, debt, all that, with loads of examples. Definitely worth a read.
Read more
3 people found this helpful
Report abuse

Tony Scott
5.0 out of 5 stars Once every ten years
Reviewed in the United Kingdom on December 5, 2013
Verified Purchase
Once every ten years you come across a book like this. Every page contains some fascinating new fact or insight. Afterwards you never look at anything in quite the same way again. I read it all through every week at first, then every month. Pretty well back to normal now a few months and six or seven readings later.
Read more
6 people found this helpful
Report abuse

Richard Atkinson
5.0 out of 5 stars Buy it buy it now.
Reviewed in the United Kingdom on October 6, 2014
Verified Purchase
"Once upon a time there was Barter. it was difficult, so people invented money. Then came the development of banking and credit"

Not true....and if you want to find out why is this remarkably well researched book then this is the book for you.

See all deals
Page 1 of 1 Start overPage 1 of 1
Previous page
Next page
Pages with related products. See and discover other items: debt management, crisis management
Back to top
Get to Know Us
Make Money with Us
Amazon Payment Products
Let Us Help You
EnglishChoose a language for shopping. United StatesChoose a country/region for shopping.
© 1996-2021, Amazon.com, Inc. or its affiliates