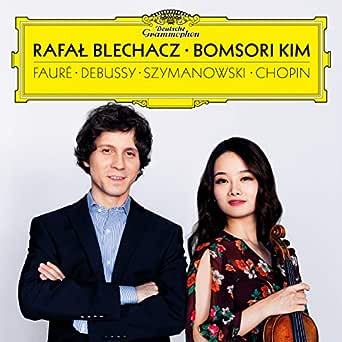 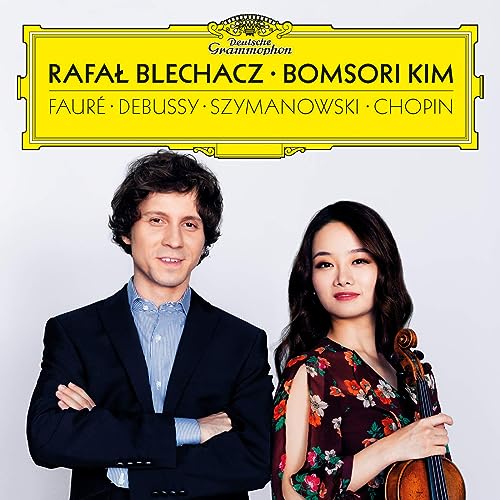 Bartek
5.0 out of 5 stars Superb!
Reviewed in the United States on May 30, 2019
Verified Purchase
One of the best records of the year, possibly of the decade. Bomsori Kim and Rafał Blechacz , both young, supremely talented, and famously accomplished musicians have brought us a record unique in its thematic scope, virtuosity, and, above all, emotional reach. I was moved to tears upon the first listening. I guess I could end my review right here. But the analytical part of my brain wanted to figure out why I had such an emotionally-charged reaction to this album.

I think this record is beautifully (and thoughtfully) put together. So much so that I consider it to be a rare example of an album that is greater than the sum of its pieces. The music flows effortlessly across time, following a path of musical discovery and sheer listening pleasure. The two musicians refrain from the urge to dazzle with their virtuoso prowess, and, instead, focus on creating an emotionally coherent album. In fact, the music communicates so well, so intimately, that it is very easy to forget that it's just a recording, and not a live performance right in front you.

Again, this album is best enjoyed in its entirety, as a singular musical piece, but, the final composition, Chopin's Nocturne No. 20 in C-Sharp Minor (arranged by Nathan Milstein) is a masterpiece. I grew up listening to Chopin, but this particular nocturne truly touched my heart upon watching the opening scene of Roman Polanski's The Pianist, proving to me (once again) that art in context can be that much more powerful. In the context of this album, the final piece completes this masterpiece of a record and helps elevate it above the purely technical, palpable musical realm where so many other recordings are forced to dwell forever.

J. B. McKibben
5.0 out of 5 stars It’s worth the time to listen to the first track!
Reviewed in the United States on February 4, 2019
Verified Purchase
Charming, vivacious pairing. Interesting repertoire.
Read more
3 people found this helpful
Helpful
Comment Report abuse
See all reviews from the United States