The Debutante Bride (Ladies of Mayfair Book 2) and millions of other books are available for Amazon Kindle. Learn more
Kindle
$0.00
or $3.99 to buy
Paperback
$10.99 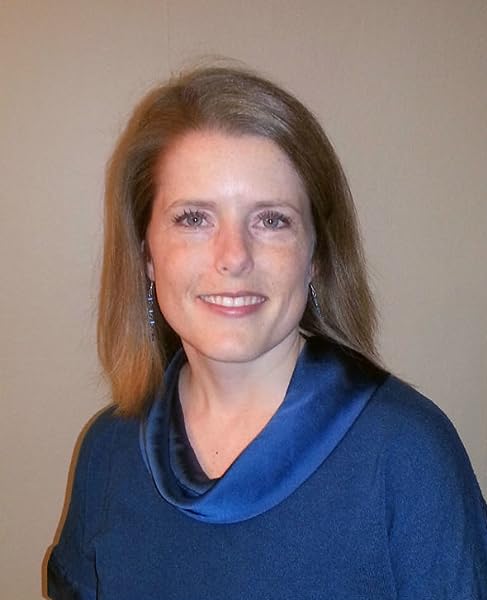 by Wendy May Andrews (Author)
4.1 out of 5 stars 18 ratings
Book 2 of 5: Ladies of Mayfair
Read more Read less
Previous page
Next page

Start reading The Debutante Bride (Ladies of Mayfair Book 2) on your Kindle in under a minute.

Ginger 50
5.0 out of 5 stars Unique but great!
Reviewed in the United States on February 3, 2020
Verified Purchase
I loved this story! It was a joy to read. It seemed like the first four chapters were the climax to the whole book, I expected the rest of the story to be boring. Was I wrong!
The true climax was the last chapter! It would ruin the story if you read the last chapter first. Trust me, there is enough going on in Beth's life you won't want to miss a word!

Any teen can read this story because it is clean, no foul language or gratuitous sex; just a few chasted kisses!

Patsy Chastang
4.0 out of 5 stars An Entertaining Story
Reviewed in the United States on August 9, 2020
Verified Purchase
Miss Elizabeth Dunseith (Beth) grew up with a weak mother and an abusive father. He also made an arranged marriage for his daughter. She married Justin Fulton, The Earl of Westfield. Afterwards the two travelled to the Earl's home. Elizabeth becomes very moody her husband doesn't know the reason and tries to figure out what is wrong during their early marriage.

This was an interesting and entertaining story. The characters were well described with the many parties and lunches they attended. I enjoyed the story. At the end everything came together.
Read more
Helpful
Report abuse

Amazon Customer
5.0 out of 5 stars Well written entertaining romantic story
Reviewed in the United States on March 7, 2020
Verified Purchase
This was a delight to read as it was a bit different than a lot of these type of novels. It had a unique story line and interesting twists and turns. A well written romantic story. I look forward to more from this author.
Read more
Helpful
Report abuse

Kindle Customer
2.0 out of 5 stars Needs More Story
Reviewed in the United States on June 11, 2020
This could have been very good, but it is more an outline of a story. None of the characters or the story lines are developed. Also, I was confused if this was supposed to be a regency period book or not until the end where there was a slight reference to the regent. That being said, it didn't match any other regency book I have read. I am all for women having a brain, but none of the other books of this type have women having heated political discussions. I think this needs an editor as well to clean up name mismatches and the like. Go back and put more details about Beth and how she was abused, how she feels about it, and how it affects her relationship with her husband. Research period customs and words. Let us know how the earl feels about his wife and how the relationship develops. I don't like how a character mentioned briefly at the beginning comes and fixes things. I really did enjoy the author's basic story idea. It is admittedly better than what I could write, but it just doesn't feel done.
Read more
One person found this helpful
Helpful
Report abuse

This was a unique idea for a story. The circumstances of their marriage are one that I've never seen before in my reading. I'll just say that Beth's father was despicable and her mother not much of a protector. Not sure that I blame the mother though.

The relationship is such that much could have been resolved with just a little communication instead of just letting things ride but I was okay with that. I was frustrated by the groom's inattentiveness though he seemed to want to care about his wife. I think he should have been far more worried for her in her naivety as the ton would love to tear her to pieces. As it is written only a couple women were horrible toward her. Too bad one of them is his sister.

The biggest problem I had with the story is that it wrapped up too quickly. I found their declarations of love to be unbelievable since they had spent so little time together and really didn't know or understand each other. So, maybe a little less time setting up their situation and a little more time resolving it would have been better for me. Still I was glad to see them move into their happily ever after.

I loved the hero’s sense of honor as well as the secondary characters but I was going crazy with the hero's inaction to strengthen his relationship with Beth. I mean, he constantly notices his bride is nervous around him but doesn't act on her insecurities til the very end of the book!

Kindle Customer
2.0 out of 5 stars Disappointing
Reviewed in the United States on December 16, 2020
I really liked the premise for this story and wanted to love it. However it was sadly lacking.The ending was so abrupt and left so many loose ends. Also the fact the H declared his love for her was ridiculous as they barely interacted with each other. The story never wrapped up the h odd behavior around others nor did it address how their relationship with the H sister was resolved. The way the characters talked to each other was very one dimensional making the story feel lacking and flat.
Read more
Helpful
Report abuse

Linda
5.0 out of 5 stars Great book!
Reviewed in the United States on March 31, 2019
The story is about two people who were quickly married but they just never seem to know about the other person. It takes the appearance of a childhood friend to help them finally find each other. I really enjoyed this book and I'd certainly recommend it.
Read more
One person found this helpful
Helpful
Report abuse
See all reviews

LifeCoach
2.0 out of 5 stars What a muddle of a story
Reviewed in Germany on September 16, 2020
Verified Purchase
The story could have been interesting if it wasn't so badly maligned by its writer. One has to wade through endless teenage angst of the "countess" and the hero is so shallow and stupid, one wants to scream at both of them. If one uses such a difficult childhood background as was used here and builds it up and up and up, then one has to come up with some better ending than this one. After we wade through every anxiety of a young girl, the whole story is "healed" with 3 sentences at a picknick. There, done that. As if the writer herself could not be bothered anymore to create a decent finish that is more credible than that drivel that has been presented. Really, a very disappointing tale.
And, in 1805 definitely no housekeeper worth her salt would have said to her countess "come dearie" ... actually, it's not done nowadays either.
And, even as a countess she would never ever have survived in society when she was (sorry spoiler) bought at an auction and the story got out. No way; they would have had to retreat for many years from the social scene and the earls political career would have been terminated instantly.
What is it with american writers? Either the period is badly researched (or not at all) or some harebrained story line is dreamed up that would never have been possible. I'm sorry, but the whole book keeps on being so irritating, that it's really not worth reading it.
Read more
Report abuse