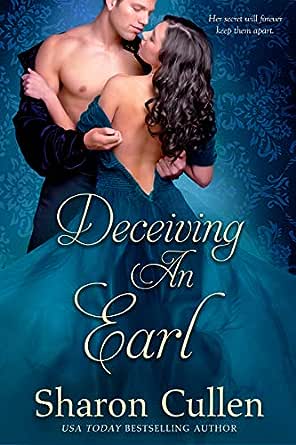 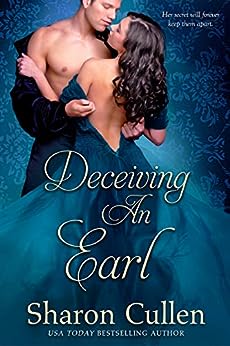 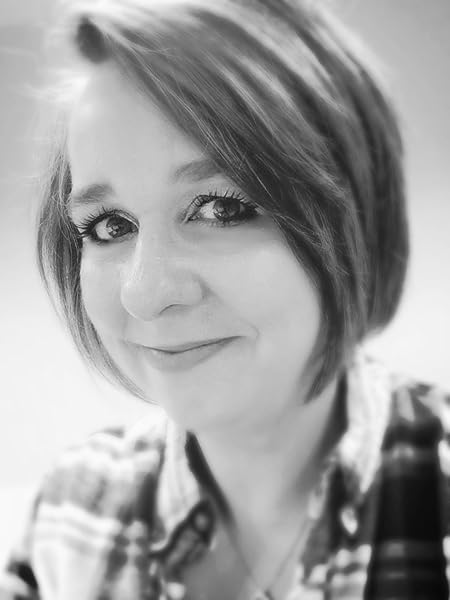 TracyJane
3.0 out of 5 stars Maybe 3.5 stats - Really should have trigger warnings in the blurb!
Reviewed in the United States on September 24, 2019
Miss Ellen Hillgrave and Oliver McCaron, Viscount Fairview met and fell in love when they were both 17, they made plans to run off and marry, but in the end, Ellen married the man her parents betrothed her to, the much older Earl of Fieldhurst. Oliver was heartbroken and spent the next several years drinking and trying to forget Ellen, before settling into his responsibilities as Earl of Ambruster when his father died.

17 years pass before they meet again at a literary salon hosted by Ellen, who is now widowed and the mother of a 16 year old son, Philip. Oliver is at the salon at the behest of Sgt O’Leary of Scotland Yard to investigate a possible threat to the crown. Oliver is talking to the daughter of his target when Ellen approaches him. They speak for a few minutes when she is approached by Sir William Needham, the Royal Surgeon and her unofficial suitor. Later Oliver asks O’Leary about Sir William and learns his is respected and famous, Oliver tells himself it doesn’t matter who she is with, that he is over her, but deep down, he knows it isn’t true and he vows to stay away from her.

His plan is almost immediately shot when O’Leary sends him an urgent summons, once he gets to O’Leary’s office he is shocked to find out that Ellen’s son Philip is there and is rip-roaring drunk, O’Leary asks Oliver to take him home. Which he does and learns that this is not the first time Philip has been in trouble, he was recently kicked out of Eton and at her wits end, Ellen asks Oliver to speak to the headmaster. Oliver does and ends up agreeing to vouch for Philip and sets out to get the boy on the straight and narrow, which brings him in proximity of Ellen.

They both know the love they shared never died, but Ellen has a secret that she is sure will destroy her son’s life and refuses to consider reconciling with Oliver, not to mention she has a blackmailer who will stop at nothing to control Ellen and uses her secret to win her hand. And for his part, Oliver admits that she is the only woman he has ever and will ever love and refuses to give up. And so it begins…

I thought this could have been an outstanding story, but there were just things that bothered me, the first and most important being Ellen’s secret, I absolutely despise this trope and had a hard time getting past my dislike for her, especially when her reason for keeping the secret is so ridiculous and an incorrect. The second thing: this book has some very violent and graphic physical abuse scenes that may be upsetting to sensitive readers and there really should be a trigger warning in the blurb. Finally, I wasn’t thrilled with the way the villain was dealt with, his punishment was too mild considering what he had done. This is the second book in the series, but it can easily be read as a stand-alone and if you have read the first book, you will love catching up with Jacob and O’Leary!

*I am voluntarily leaving a review for an eARC that was provided to me by NetGalley and the publisher.*
Read more
6 people found this helpful
Helpful
Comment Report abuse

Angel's Mommy
5.0 out of 5 stars Deceiving an Earl
Reviewed in the United States on September 30, 2019
I received a complimentary copy of this book from Entangled Publishing via NetGalley and I am voluntarily reviewing it.

I was thoroughly enchanted with this story of two star-crossed lovers. Ellen and Oliver met when they were 17. They quickly fell in love and promised to marry. Oliver's father took Oliver to their estate to further his education of becoming an earl someday. Unfortunately during those few days, Ellen's parents entered her into a betrothal with an much older Earl of Fieldhurst. A week before the wedding, Ellen and Oliver become lovers. They are both virgins. They agree to run away to Scotland to marry. Unfortunately those plans never come to fruition.

It is seventeen years later when the story basically begins with flashback to their prior assignation. There is murder, mystery, blackmail and more entanglements in this historical romance. The road that these two face is just full of strife and discord. Ms. Cullen really put these two characters through so much that it was impossible to not fall in love with them. This story just took my emotions and pulled them all around and wrung my heart out. I really hated to put this down as I was so intrigued by these two.

This book was written in a multiple POV format. I love getting into the characters' thoughts to really understand them so much better. Here we get more than just the two main protagonists.

There are some scenes that may trigger issues for some here by way of violence. It is not highly descriptive (as murder mysteries and thrillers) but it may not be suitable to all. I highly recommend this story to anyone over the age of 18.
Read more
Helpful
Comment Report abuse

Candy b
5.0 out of 5 stars Will they ever have happiness?
Reviewed in the United States on March 26, 2020
Ellen Hillgrave married Lord Fieldhurst. She was seventeen years old and wanted to Marry Oliver but that was not to happen. She had one son, Phillip, She adored him and had come to care for Arthur Fieldhurst. Fourteen years later he dies and she is a widow with a thirteen-year-old boy. She has had a good life with Arthur and been fairly happy. But her son is acting out from the death of his father and is very naughty and also was suspended from Eton.
Oliver McCaron, Earl of Armbruster, Has spent seventeen years alone but has made the estate so rich it would take more than three lifetimes to spend it. He is a good guy and takes care of his estate. He is asked by his friend O'Leary of Scotland Yard to check out a Chartist in the form of Antonine Bertrand, they were afraid he might be a cause of hurting the crown. A long time ago, he knew Lady Fieldhurst, she was his love and lover.
There are so many twists to this story. It is written well, easy to understand and is well-plotted. The characters are wonderful and engaging. I read this excellent book in one sitting. and was totally entertained. The interactions between the characters was amusing, witty, and seemed so realistic. I love it. I highly recommend this novel.
I received this ARC from Net Galley and voluntarily reviewed it.
Read more
Helpful
Comment Report abuse
See all reviews