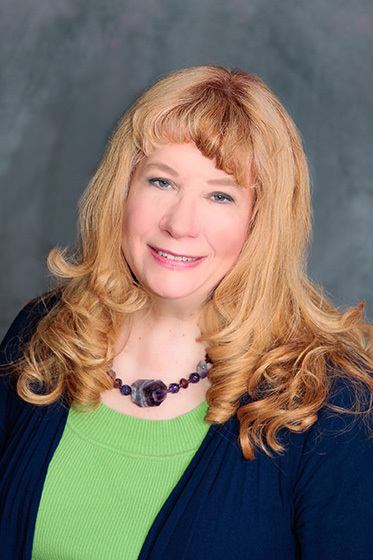 3.7 out of 5 stars
3.7 out of 5
10 customer ratings
How does Amazon calculate star ratings?
Amazon calculates a product’s star ratings based on a machine learned model instead of a raw data average. The model takes into account factors including the age of a rating, whether the ratings are from verified purchasers, and factors that establish reviewer trustworthiness.
Top reviews

irene
5.0 out of 5 stars Couldn't put it down!
Reviewed in the United States on September 13, 2012
Verified Purchase
This story kept me on the edge of my seat. I really wanted things to work out for Carrie Daniels. She's the sort of character you keep rooting for -- she's trying to do the best with what she has, but life's been getting her down lately, and just when she thinks things are starting to look up a little, everything starts to tumble down again. Carrie's reputation, career and safety are threatened.

Lawyers and the FBI get involved. Events unfold one-by-one at a breakneck pace. There's never any time to catch your breath. Just when you think this is finally Carrie's lucky break, another twist occurs and you groan and will her to hang in there. It's not a mystery, as we are given the identity of the antagonist pretty early on, but what kept me reading was wanting to find out how they were going to corner that person, hoping that the person wouldn't be able to get away with what they were doing, wishing I could get my hands on the person myself and strangle them...

I was so happy that Carrie had Alex to fight her corner. I loved that they had been best friends since fourth grade, and had now found each other again. The caring is already there, and then their friendship deepens into something more. It's beautiful to watch.

The supporting characters were equally fantastic. Everyone should have friends like Steve and Allison, who are willing to stand by you all the way. Then there was the subplot about Carrie's father, who had left her and her mom when Carrie was very young... but I'm not going to say anything more about that! It would spoil the story!

There's only one thing I didn't like. I thought the end of the Nasty Person (not the main antagonist) was too convenient. There was already so much drama that the way the author ejected the Nasty Person from the story just seemed a bit over-the-top. It was obviously an attempt to tie up a lose end so that the story could end cleanly, and I appreciate that, but I don't know... it was the one thing that didn't ring true for me, and was a bit jarring. Despite this, I still finished the book with the immense sense of satisfaction you get at the end of a good read, and a smile on my face.

I think I'll be reading this book again. And I'd definitely buy other books by this author.

Lilang
4.0 out of 5 stars The deception
Reviewed in the United States on October 10, 2012
Verified Purchase
This book greatly surprised me Before I purchased it the reviews swayed me to try its story. I don't tend to let reviews guide me too much unless they are mostly negative or if the story is too short .the author let me live the plot vividly.
I enjoyed it thoroughly with all its chapters.i would recommend readers to try it . They will not be disappointed.
Read more
Helpful
Comment Report abuse

Sharon L Emrick
5.0 out of 5 stars A Deceptively Great Read
Reviewed in the United States on September 18, 2012
Verified Purchase
Marina Martindale delivers a great story that really had me turning the page thinking "what could possibly be in store for Carrie next?". The story hooked me from the first chapter until the very last page. Marina Martindale creates strong believable characters, some good, some not so good & others are just evil & twisted and the story line flowed seamlessly. I truly enjoyed The Deception & cannot wait to read more of this author's works.
Read more
2 people found this helpful
Helpful
Comment Report abuse

melinda
5.0 out of 5 stars Page turner
Reviewed in the United States on November 5, 2016
Verified Purchase
Great read but would like to of had more of a suspense of who could've been doing the deceiving. A little predictable.
Read more
Helpful
Comment Report abuse

avid reader
1.0 out of 5 stars weak
Reviewed in the United States on October 7, 2012
Verified Purchase
Just didn't hold interest too well. The part where the photographer was taking pics of the lady shooter was so silly, she took pics of everything the lady did as she followed, then when she came to the car license plate number she took out paper and wrote it down?.....Is that weird.....her mind must have taken over of usual accounts, but as a photographer she would have snapped a pic of that.....just was not that great in my opinion
Read more
2 people found this helpful
Helpful
Comment Report abuse

OSUCandace
3.0 out of 5 stars Great Twists & Turns!
Reviewed in the United States on April 23, 2013
The Deception, by Marina Martindale, is an entertaining novel filled with romance, suspense, and surprising twists. The Deception begins as Carrie is celebrating her 10 year anniversary with her boyfriend, Doug. Aware of her biological clock ticking away, Carrie is more than ready to 'put a ring on it.' However, instead of a happy anniversary, Carrie finds herself single and homeless as Doug reveals he is in love with another woman. She quickly moves out of their shared home and takes up residence in her photography studio.

Things for Carrie steadily go from bad to worse. With her ill mother's escalating medical bills and little money coming in, Carrie is forced to take a modeling job with an old mentor. Uncomfortable with that fact that she has to pose nude for several private photos, the only thing that gets Carrie through the session is the promise, in ink, that her privacy will be protected. What happens next no one could see coming. Carrie meets Scott, whom at first seems to be on the up and up. However, Carrie's suspensions arise that there may be another woman in Scott's life and she breaks things off after two dates. Sadly, it is too late as Scott's wife, Maggie, finds out about Carrie and vows to not only make Carrie's life miserable, but to make her suffer.

Throughout the novel there is the theme of 'everything happens for a reason.' Had Carrie not posed for the risque pictures she would never have gotten involved with Scott. This means that Maggie would have stayed out of Carrie's life, which in turn means that Carrie would not have had to hire Alex as her lawyer, who turned out to be the love of her life.

Marina Martindale did an excellent job of filling The Deception with twists, turns, and many shocking outcomes. I was most shocked at the length Maggie went to make Carrie pay for sleeping with her husband. She didn't focus on making Scott miserable, instead Maggie took her vendetta out on Carrie. At first I thought she would just try to make Carrie uncomfortable, but she went FAR beyond a little revenge. I was also surprised at the addition in Carrie's family (that's all I'm saying without giving anything away!)

I really enjoyed seeing the relationship between Carrie and Alex unfold. From the moment he made an appearance I could tell there was a special history between the two. Martindale did a great job in creating a relationship that began as best friends and evolved into a love story.

The Deception, by Marina Martindale, is a great read that I definitely recommend to those who love suspense and romance! The character of Carrie is well developed and grows tremendously from the time the novel starts until it ends. If you are looking for a novel to keep you entertained, this is for you!

*The author has provided me with a complimentary copy of her book, The Deception, for the purpose of review.*
Read more
Helpful
Comment Report abuse
See all reviews from the United States