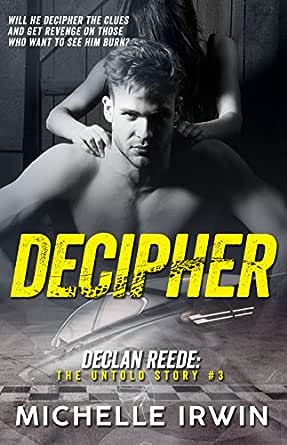 You've subscribed to Declan Reede: The Untold Story! We will preorder your items within 24 hours of when they become available. When new books are released, we'll charge your default payment method for the lowest price available during the pre-order period.
Update your device or payment method, cancel individual pre-orders or your subscription at
Your Memberships & Subscriptions
There was an error. We were unable to process your subscription due to an error. Please refresh and try again. 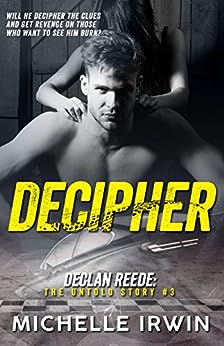 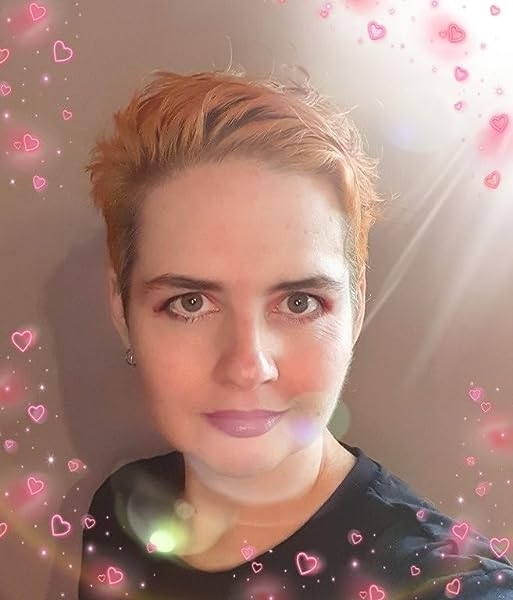 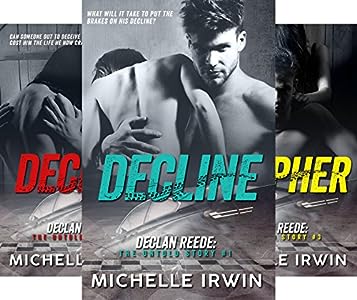 4.5 out of 5 stars
4.5 out of 5
33 customer ratings
How does Amazon calculate star ratings?
Amazon calculates a product’s star ratings based on a machine learned model instead of a raw data average. The model takes into account factors including the age of a rating, whether the ratings are from verified purchasers, and factors that establish reviewer trustworthiness.
Top reviews

Kristy Heinicke
5.0 out of 5 stars How does Declan handle the fallout from the magazine??
Reviewed in the United States on March 13, 2016
Verified Purchase
After how 'Deceive' book 2 of "Declan Reede: The Untold Story" finished, that cliffhanger had me almost landing on Michelle Irwin's door step begging to either know what happened next or to just chuck the series out all together. I'm so glad I did neither of those, for obvious reasons, Unsure how 'Decipher' was going to start, thinking to myself, there's no time like the present, I jumped right into the emotional termoil that Declan finds himself in. The magazine article that lost him EVERYTHING he loves most in his life. 'Decipher' is book 3 (book 4 in the reading order) of Michelle's "The Untold Story of Declan Reede" series, it's a MUST that this series is read in order.

After learning about the article that ruined his career & then finding out that Alyssa had left Declan finds himself in the darkest days of his life. When the bottles are calling & promising oblivian to his problems, he finds srength in his memories... hoping for a way to explain to Alyssa about the lies within the article but she's no where to be found has Declan falling apart.

I'll be stopping there, OH MY that start was heart breaking! I can't spoil anything for you, but if you've read & LOVED the previous books in the series, you HAVE to read this. Once I'd started I couldn't put it down, that is until I had to drive for 6 hours, I was riveted to what I was reading & now I can't wait to read the final book in Declan, Alyssa & Pheobe's story.
Read more
One person found this helpful
Helpful
Comment Report abuse

Rebecca Barber
5.0 out of 5 stars After losing his prestigious position as a driver for Sinclair Racing and the love of his life and mother of his daughter
Reviewed in the United States on March 12, 2016
Verified Purchase
Does anything ever go to plan in Declan's life?

After losing his prestigious position as a driver for Sinclair Racing and the love of his life and mother of his daughter, Alyssa going AWOL Declan is on the verge of losing it. But he promised he wouldn't. And he couldn't let Alyssa and Phoebe down, not again!

When Alyssa shows up on his doorstep Declan finally allows himself to breathe again. Seeing Alyssa's strength and her brave spirit, she suggests she fights this with unity and Declan has never felt better. He might have been a god behind the wheel but with Alyssa by his side he is untouchable. While he battles the panic attacks, and the never ending paparazzi tracking their every movement, and his own compulsion for revenge stronger than ever, it's time to test their relationship and see just how strong they are.

This book didn't let you stop, just when you thought you could look up and breathe again, Michelle had something else happening. A great read!
Read more
One person found this helpful
Helpful
Comment Report abuse

Turbo
4.0 out of 5 stars Great continuation....
Reviewed in the United States on January 15, 2020
Verified Purchase
The love between Dec and Alyssa is a push and pull some jealousy and everything in between type of relationship. You wonder if they’ll make it through it all! I’ve really enjoyed the reading these two this is been a great series to be reading I can’t wait to see how the ending is going to happen.
Read more
Helpful
Comment Report abuse

Kindle Customer
5.0 out of 5 stars Revenge Is Best Served Cold
Reviewed in the United States on March 19, 2019
Verified Purchase
This book is very much like the other in the series. Declan and Alyssa are more cemented in their relationship. Getting to trust eachother more. It is more one sided. It is more getting Alyssa to trust Declan after all the heartache. Declan has grown up lot. While his family is falling apart being his parents, he and Alyssa and Phoebe are getting closer.
Read more
Helpful
Comment Report abuse

Stephanie
5.0 out of 5 stars This series just keeps getting better
Reviewed in the United States on March 14, 2016
Verified Purchase
I cannot wait for the next book! What is going to happen next? These characters have been through so much already. It feels like there is this strong attraction to know what happens next!!
Read more
One person found this helpful
Helpful
Comment Report abuse

Elizabeth Haslam
5.0 out of 5 stars Good Story
Reviewed in the United States on May 6, 2017
Verified Purchase
I loved this story and how it held you in suspense all the way to the end loved it very much
Read more
Helpful
Comment Report abuse

Danny
5.0 out of 5 stars It just gets better and better
Reviewed in the United States on December 21, 2019
Wow... after the last book and that huge and crushing cliffhanger, I imaged I'd find Declan trying to win Alyssa back in this book. But, after the first chapter, everything changed. I felt so relieved when I saw that not everything went burning in his life. I now understand why he has so many panic attacks, his life is a spiral of chaos, gossip magazines trying o hurt him and his past coming back to bite him.

It was really good to see that Alyssa was really starting to trust him again and decided to give him the chance to explain after everything went down in the previous book. I actually almost screamed when I started this one, imagining Declan, once again, lost it all. But I was surprised to see otherwise and I had a smile on my face instantly.

**spoiler**
Also, while reading and hating the characters that tried to set that beautiful family up, I found it quite good to see a revenge plan in motion. The only part I disliked about that was that he left Alyssa in the dark. He definitely should have told her about everything and trusted her to act like she didn't know anything. I bet that would've been way better than to think he could've lost her again with that stunt. But it was so worth to see those b*tches getting what they deserved.
**spoiler**

I find it quite amazing that the story is still being told by Declan's pov. Despite wanting to know what was going through Alyssa's head sometimes, I found it really amusing how everything was from his perspective. This really shows how much he struggles with the stuff life throws his way and how much he is changing for his girls.
I'm quite anxious and nervous for what's to come.

Also, Phoebe is the cutest little thing ever! I love her! <3

"My gaze slid between my two girls. Despite the interruptions during the weekend, it had been helpful. It had helped solidify a few things for me - namely the lengths I would go to in order to keep my girls happy, safe and healthy.
I would walk to the ends of the Earth over broken glass just to make either of them smile."
Read more
Helpful
Comment Report abuse
See all reviews from the United States

Brake hard, jostle for position, and watch for the blind corner.

In a swirl of controversy, Declan Reede lost everything important to him. Now old temptations resurface, old battles reignite, and he has nothing left in reserve.

When a glimmer of hope is offered, Declan has to stand and fight for what he wants or he might just lose it all forever.

How can he decipher the clues and get revenge on those who want to see him burn?
Read more
Helpful
Sending feedback...
Thank you for your feedback.
Sorry, we failed to record your vote. Please try again
Report abuse

Kindle Customer
5.0 out of 5 stars Hot, sexy, heartbreaking
Reviewed in Australia on January 5, 2019
Verified Purchase
Wow will they ever get there happiness Declan wants to find out who it is that's setting him up with the articles will Alyssa and Declan get through it.

And when the plan goes down what will happen?

Wicked loving them go get your copy
Read more
Helpful
Sending feedback...
Thank you for your feedback.
Sorry, we failed to record your vote. Please try again
Report abuse

WB
5.0 out of 5 stars Great read
Reviewed in Australia on June 26, 2016
Verified Purchase
Wow a great continuation of Book 2. Download now you will not want to put this down.
Read more
Helpful
Sending feedback...
Thank you for your feedback.
Sorry, we failed to record your vote. Please try again
Report abuse