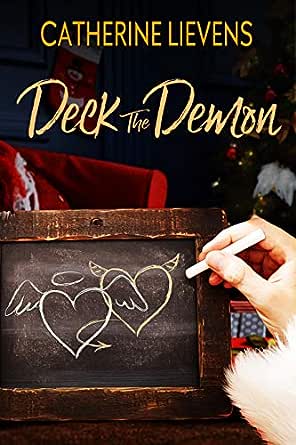 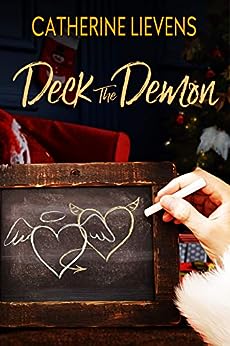 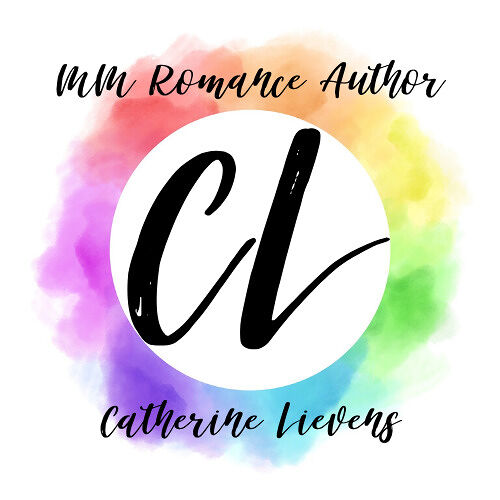 Melaine Thompson
5.0 out of 5 stars Very fun
Reviewed in the United States on January 7, 2021
Verified Purchase
One very persistent archangel and one reluctant guy from hell, a match made in, somewhere. The story is very good and I loved that you couldn't get much more 'opposits attract' than this. It has a really good balance between smiles, wanting to say it will be okay and wanting desperately to see how hard you could hit a certain someone. It is definitely an enjoyable read.
Read more
Helpful
Report abuse

Love Wins
5.0 out of 5 stars Loved Gabriel and Jasper
Reviewed in the United States on December 10, 2020
I really enjoyed the first book, Satan Claus Comes to Town, so I was delighted to see Gabriel's story in Deck the Demon which picks up a year after the events between Satan and Riley. Gabriel is Satan's angelic brother who briefly appears in the the first book. He meets Jasper, a demon or so he thinks, when he visits Hell and develops a crush on him. He wants to pursue a relationship with Jasper so he summons demons to try and find Jasper so he can join him for dinner. Unfortunately, he keeps summoning the wrong demons.

Jasper is a dead spirit and Satan's personal assistant in hell and has spent 200 years in hell for his crime on earth. He will never be redeemed. He has to figure out who keeps summoning demons and why they keep re-appearing. Finally he tells Satan about the problem and Satan figures out that it's his brother that's doing all the summoning.

Events and mishaps occur as Jasper and Gabriel go on their first date. But luckily they're able to work through everything and realize that they should give the relationship a chance even if one partner is dead and the other is an angel :) Lovely follow-up story to Satan and Riley's story from the perspectives of Gabriel and Jasper :) Loved the title and it was such a cute and hilarious read!
Read more
Helpful
Report abuse

wynter sage
5.0 out of 5 stars ...and they call it puppy love?
Reviewed in the United States on December 2, 2020
This is so much different then any other Christmas story you've read in the past. This has it all. Mystery, drama and even a bit of horror thrown in the mix. (Then again, any story with Satan in it would have just about all of those there.) My absolute new favorite within this series is now Gabriel. The way he see's the world around him along with the many expressions that the man gives out. He seriously just makes you want to reach in and love on him. The path he and Jasper takes to find love on there own turns out to be an interesting one. With quite a few dips and turns tossed within the mix. In my humble opinion this just show's how two people, from completely different sides of the tracks). In this case one is from Heaven and the other from Hell. Somehow these two find themselves and the path they are supposed to take. Making you think that maybe there's not two sides of one track. But, just one track in general. I would fully suggest this story to anyone and everyone! Just would also recommend reading the first book in the series too. You might get a little confused if you jump on this one first.
Read more
Helpful
Report abuse

Daniel Bowen
3.0 out of 5 stars Title is Totally Misleading
Reviewed in the United States on December 3, 2020
Jasper has spent 200 years in hell for his crime on earth. He will never be redeemed. Oddly enough we don't know much about his life on earth or what age he presents himself in Hell, only that he was human and is NOT a demon as the title states. He caught Archangel Gabriel's eye and for the last year Gabe's been in pursuit.

So Gabriel is all in, wanting to know Jasper, and start a relationship. He still has doubts, wondering if the attraction goes both ways. Another major hurtle is interfering family.

Jasper dithers on and on for chapters, which was odd coming from a soul from Hell. His thoughts range from I'm not good enough, it won't work, we're too different, Gabriel is an angel and I can't leave Hell. The dithering was just tiring, taking over the story, when more important issues should've been addressed. Like how a soul from Hell can manifest in a 'body' on earth -- Eat and drink, see and feel, and be seen by immortals and humans alike.

I've bought and read many Catherine Lievens' stories over the years and unfortunately this one wasn't on par. Read on Kindle Unlimited. - Dan's Wife
Read more
Helpful
Report abuse

Kristen Burns
4.0 out of 5 stars Cute Paranormal Christmas Romance w/ a Bit of Angst
Reviewed in the United States on December 17, 2020
I think I enjoyed this one a little more than the first (Satan Claus is Coming to Town)! It had a bit more angst and build-up of the feelings and felt a bit more believable to me. It felt a little less Christmas-y, but it still took place around the holidays and Christmas celebrations. Gabriel, the angel, was cheery, hopeful, and energetic. Jasper, the dead soul condemned to Hell, was more grounded and angsty. They were cute together. Satan and Riley had a big presence in the book since Satan and Gabriel were trying to work on their relationship (they're brothers), which was also sweet. Overall it was another cute paranormal Christmas romance!

Babs
5.0 out of 5 stars A sweet read
Reviewed in the United States on December 5, 2020
This is a story that makes Satan more likeable and Archangels not so much. Gabriel is trying to develop a relationship with his brother, Satan. He goes to hell to help with a problem and runs into Jasper, a ghost who died two hundred years ago. Satan has a boyfriend and lives with him at night and works in hell during the day. Jasper his his personal assistant. Gabriel falls in love. Now all he has to do is figure out how to work things since he lives in heaven and Jasper in hell. A sweet read with some mild angst. An epilogue that is moving along nicely and then ends abruptly. Oh well, still a good story.
Read more
Helpful
Report abuse

Amazon Customer
4.0 out of 5 stars A great little Sunday afternoon read!
Reviewed in the United States on November 24, 2020
This book had me hooked from the moment Michael attempted to summon a demon for a dinner date.

About:
For Michael is was love @ first sight. For Jasper, not so much.

Archangel Michael has been intrigued by Jasper since the moment he spotted him in Hell. Jasper has been confused about why Michael even wants to talk to him. He’s in Hell for a reason & Michael is an Archangle!

Leslie Kniskern
5.0 out of 5 stars Perfect... Light, funny, and sweet
Reviewed in the United States on November 24, 2020
Lived this follow up! Gabriel and Jasper are a hoot! From summoning a non-demon to "you have a date..." It was a rollicking, light, funny Christmas read!
Read more
Helpful
Report abuse
See all reviews