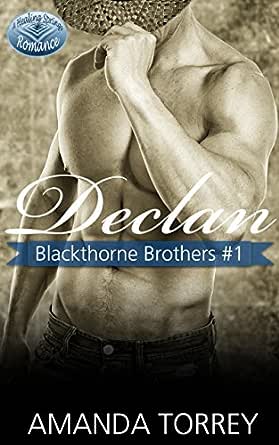 You've subscribed to Blackthorne Brothers! We will preorder your items within 24 hours of when they become available. When new books are released, we'll charge your default payment method for the lowest price available during the pre-order period.
Update your device or payment method, cancel individual pre-orders or your subscription at
Your Memberships & Subscriptions
There was an error. We were unable to process your subscription due to an error. Please refresh and try again. 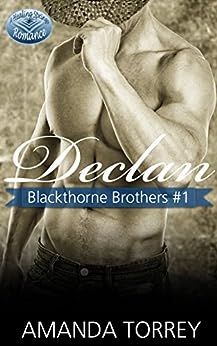 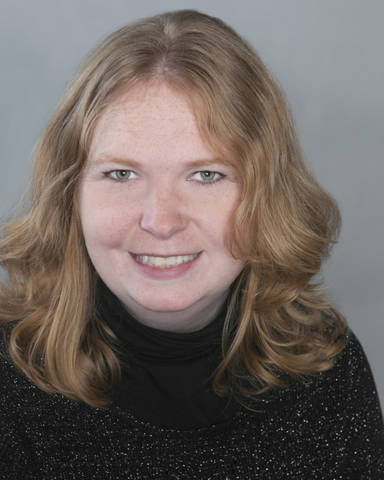 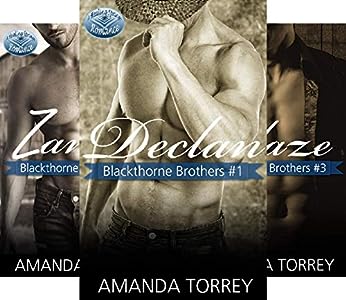 4.0 out of 5 stars
4 out of 5
94 global ratings
How are ratings calculated?
To calculate the overall star rating and percentage breakdown by star, we don’t use a simple average. Instead, our system considers things like how recent a review is and if the reviewer bought the item on Amazon. It also analyzes reviews to verify trustworthiness.
Top reviews

ktscoup
2.0 out of 5 stars Cliffhangers.........hate them
Reviewed in the United States on March 13, 2018
Verified Purchase
This is not a bad book but the mystery of where the father, which is why all 4 bothers come home is not answered in this book.

Their Aunt calls them (4 brothers) to tell them their father is missing and asks them to come home. When they get into town they don't even bother to check in with her first. The boys take over the farm and house but where is the step mother. We never hear from step mother but have a few scenes with the step sister. Confusing. Towards the end of the part of the story we are told that the aunt has had a stroke and is in the hospital unable to talk.

He's a dairy farmer at heart, she's a vegan activist. The idea that they can so easily compromise in the the end is far fetched. If she had just been against the abuse of the animals sure, but she is against all people eating any animals. I ended up skimming the steamy parts, so I can't say whether they were or not.

Guy Reviews Romance and MoreTop Contributor: Pets
TOP 1000 REVIEWER
3.0 out of 5 stars Man back to run the family ranch falls for the vegan protest leader who stalked the barns looking for signs of animal abuse
Reviewed in the United States on April 27, 2018
Verified Purchase
Declan is the first book in the series, and has a lot of world-building to do. As a result, the characters were left a bit thin, and relied on the "enemies to lovers" trope. It also left a lot of the big mysteries hanging for the other books in the series.

Declan and his brothers are back on the farm where the family got its start. They each made a name for themselves, but they hadn't been back for eight years. News of their father's disappearance brought them all back... Only to encounter mystery upon mystery. Why were vegan activists protesting their organic dairy farm? Who was the intruder with a camera that stalked their barns? What do their stepmother and stepsister have to do with everything? What really happened to their father, as there are signs of foul play? As Declan deal with the camera stalker, who turned out to be Rylee, the protest leader, they can't help but feel some intense chemistry between the two, but with them on separate sides of dairy industry issue, is there any room for love?

This book, as the start of a series, has to leave a lot of big mysteries unsolved. Though I admire the way the "enemies to lovers" angle was handled. It actually does make some sort of sense. I do feel the characters, however, just falling for each other is a bit on the insta-lust trope.
Read more
2 people found this helpful
Helpful
Comment Report abuse

R. J. Sorretto
4.0 out of 5 stars Remember, a cow has rights. And wicked stepmothers do exist.
Reviewed in the United States on November 13, 2017
Verified Purchase
This is the first book in the Blackwell Brothers series, and as such, there is a slightly difused story-line for Declan. But the author handled it well, and the story flowed along. Each of the brothers found a voice in this first book, and left me intrigued to find out more about each of them… even the insufferable Kaden, who had me rolling my eyes more than once.

After eight years, Declan comes home to find the dairy farm in disarray. His dad is missing and he and his brothers must solve the mystery and try to save the farm. Meanwhile, the animal rights protesters, led by a spitfire activist named Riley, are bent on shutting it down.

There were some really funny interactions between Riley and Declan… and some not-so-funny ones. And of course, the inevitable, reluctant draw of attraction and then, love.

MLS Kindle Customer
3.0 out of 5 stars Ok
Reviewed in the United States on August 12, 2019
Verified Purchase
This book is an average rating for me. It is not bad and I know that it is fiction but I just can't see a rancher falling for an over zealous vegetarian who is trying to put him out of business. I don't have any patience with vegans or any other type of people who think they have the right to force everyone else to live their same lifestyle.
Read more
One person found this helpful
Helpful
Comment Report abuse

Lori Shankle
5.0 out of 5 stars Holy Cow Loving
Reviewed in the United States on November 13, 2017
Verified Purchase
This is my first book from this author and Ms. Torres did not disappoint. The story grabbed me from the first page and didn't let go not the last word was read. The characters where well defined and plotted out well. I would definitely recommend this book to readers who love a HEA. I voluntarily read this advanced readers copy. This review is my own and is my honest opinion.
Read more
One person found this helpful
Helpful
Comment Report abuse

Chmoee
5.0 out of 5 stars Another good novel by this author
Reviewed in the United States on November 1, 2020
Verified Purchase
This story had you guessing which way it would turn after each chapter. It had a good ending that worked out for both of the main characters !
Read more
One person found this helpful
Helpful
Comment Report abuse

legolas007
5.0 out of 5 stars Completely hooked.
Reviewed in the United States on December 13, 2018
Verified Purchase
I picked this up on a lark mostly because of the Blackthorne name as I'm aware of another series with the same character last name. LOL But I'm glad I did. This was a really great read! I thoroughly enjoyed it and the author has me hooked so I picked up the next one. ... ... wait, there was a prequel to this? LOL Got that too!
Read more
Helpful
Comment Report abuse

RV
1.0 out of 5 stars Semi Cliffhanger
Reviewed in the United States on January 20, 2018
Verified Purchase
*Spoilers interspersed*
The “romance” was completed, kinda, but an important part of the storyline was left hanging and will probably be dragged out through all the other brothers’ books. The writing seemed juvenile, and if it hadn’t been explicit in spots I would have thought I’d accidentally gotten a YA book. The other brothers had horrid attitudes, and didn’t seem concerned about their missing father. They also made the assumption that they can do whatever they want with he property, but hello! The father remarried and may have changed his will! The h was self centered and mean, and the H was a doormat. The stuff about the dairy and the activists was way too long and preachy. An issue should be brought up and mentioned a few times, but let the main idea flow around it. Don’t beat it to death. The analogies were way overdone. (If I could remember where to find one I’d post it.)

I really don’t understand how this got so many good reviews. If it hadn’t been for the partial cliffhanger I might have given it one more star, but the way it’s written it certainly doesn’t deserve more. I (think) I liked the story idea itself, and if it was reworked by a more mature writer it would be tons better. Even if it was better, unless there’s an exceptional circumstance, I’ll never give a cliffhanger book more than one star.
Read more
5 people found this helpful
Helpful
Comment Report abuse
See all reviews

Dawn M
1.0 out of 5 stars Boring
Reviewed in the United Kingdom on May 21, 2018
Verified Purchase
Unfortunately I found this to be a boring read. No depth to the characters and I didn't really warm to them. Read it to the end to see if it improved but feel I've wasted two hours of my life :(
Read more
One person found this helpful
Report abuse

NN
2.0 out of 5 stars Doormat "hero" vs. selfish brat "heroine"
Reviewed in Germany on October 30, 2020
Verified Purchase
Not quite sure what I just read... Maybe a book about vegan lifestyle? Maybe a YA romance?
Fact no. 1: The h walked all over the H several times and he just nodded his head. I could hardly believe the H was in his thirties.
Fact no. 2: Obviously, the author is a vegan activist and tries to win over her readers by wrapping the major vegan theories up in what she thought was romance. I suggest, Ms. Torrey rather write a vegan cookbook instead of romance, since said "romance" was a mega-fail!
Fact no. 3: IMHO, there was absolutely zero connection between the H and h. The h was mean and had anger issues, while the H was a doormat. He never stood up for himself. Whatever the h threw at him, he just lapped it up.
I finished the book just because I wanted to know if the H grows some bawls at some point but unfortunately that didn't happen.
Needless to say, I won't be reading another book in the series.
Thanks but no thanks!
Read more
Report abuse

Casey Leigh
4.0 out of 5 stars Family dynamics fun
Reviewed in Australia on November 12, 2017
Verified Purchase
An enjoyable tale of scattered family pulling together in the face of adversity. Four very diverse brothers called back home to help solve a mystery, save the family farm from ruin and hopefully survive each other. This was a great first instalment of a truly intriguing story.
Read more
Report abuse
See all reviews