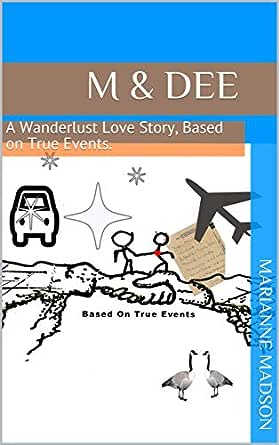 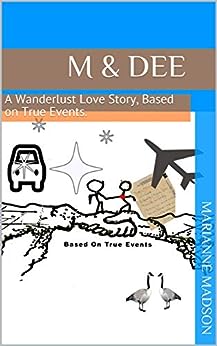 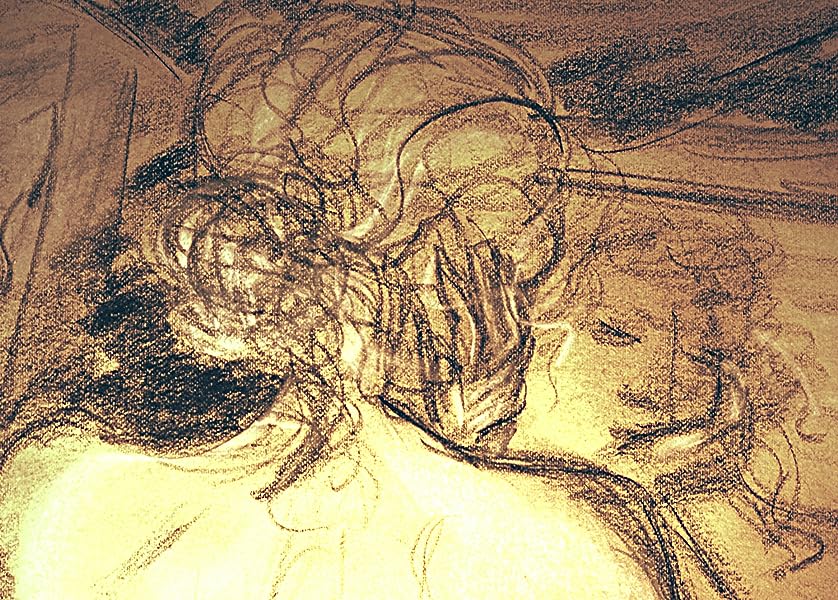 Super thrilled my book has sold internationally.
A reader posted this message to me.
Marianne, your book reads like a movie. Very adventurous. I absolutely love it. I'm almost halfway through.

4.5 Star Rating on Good Reads.
--This text refers to the paperback edition.

4.0 out of 5 stars
4 out of 5
4 customer ratings
How does Amazon calculate star ratings?
Amazon calculates a product’s star ratings based on a machine learned model instead of a raw data average. The model takes into account factors including the age of a rating, whether the ratings are from verified purchasers, and factors that establish reviewer trustworthiness.

DocRoc
4.0 out of 5 stars Ah, the 70's
Reviewed in the United States on February 4, 2020
Verified Purchase
This book captures well the free spirited, hitch-hiking, back-packing, train riding, grass smoking, free loving, relationship developing era of the early to mid-70's. I would often stop and ask myself, "What was I doing while she and Dee were doing so and so?" While her redacted memoir is told in the first person, Marianne's main character is Dee, her male traveling companion and lover. The story contains humor, insights, quirks, and romance but in the end it is a tragedy of the most unusual kind. Don't try to figure out the ending. You can't. And the best way to read it? Finish the last chapter and then re-read the first one.

I know Marianne. She married a classmate of mine and the three of us are FB friends. It was easy to hear her voice and inflections throughout the story. And as much as I would like to give this five stars I cannot because of the terrible and often confusing punctuation in the Kindle edition that I read. So consdiering that, I give it a strong 4+ rating. In the future I would like to read it again and see if I can catch some of the foreshadowing that I previously missed.

Brian L Jackson
5.0 out of 5 stars A modern day retelling of the classic starcrossed lovers tale
Reviewed in the United States on April 27, 2019
I received this novel as a gift from a friend and I wanted to talk about why I enjoyed it. M & Dee is the story of a young man and woman who become friends and on a whim decide to backpack across Europe. As their adventure unfolds M & Dee find themselves falling in love and living as man and wife although they insist they are only "friends". After experiencing tragedy and unfaithfulness, M & Dee drift apart and pursue seperate lives all the while longing for one another. After some time has passed Dee attempts to reconnect with M but ultimately fails to rekindle their relationship. Then after sevceral years have passed M decides to reconnect with Dee only to learn that he has died of a terminal illness. This tragedy is compounded by a second revelation. (Not going to post a spoiler here. You really should read this book!)

Miss Madson has painted a vivid picture of life in the mid to late 70s and early 80s which fully transports the reader into the time period. Both caracters are likeable and believeable young adult characters who are still more kid that grownup. I found myself smiling and laughing along with M & Dee's happy moments and hurting for them as they experienced loss and drifted apart. While not completely sad this novel has a certain air of tragedy that makes it feel bitter sweet. While an easy read, this novel is one you will want to slow down and savor, like a box of German chocolates or a fine glass of scotch. Lastly I want to congradulate the author on writing a powerful romance without having to resort to a cliched happily after ending. The twist at the conclusion of this novel surprised me. I would not have guessed it and neither will you.

I recommend this novel to anyone looking for a good love story that is real and not saccrine.
Read more
Helpful
Comment Report abuse

David Fitzgerald
5.0 out of 5 stars A TRULY "WANDERFUL" LOVE STORY!
Reviewed in the United States on March 2, 2019
Loved reading this adventurous and very descriptive story of young love and the beautiful changes that evolves during a passionate relationship between two young adults as they meander through parts of western Europe.
Read more
Helpful
Comment Report abuse
See all reviews from the United States

Cat Lady
3.0 out of 5 stars Ok but not gripping
Reviewed in the United Kingdom on July 10, 2019
Verified Purchase
A 'nice' story but didn't grip me like I'd hoped. The characters are somewhat bland, not particularly interesting. Nevertheless I read it all, however I think the ending didn't do it justice.
Read more
Helpful
Sending feedback...
Thank you for your feedback.
Sorry, we failed to record your vote. Please try again
Report abuse