Deep Breath Hold Tight: Stories About the End of Everything and millions of other books are available for Amazon Kindle. Learn more
Share <Embed>
Have one to sell?
Sell on Amazon 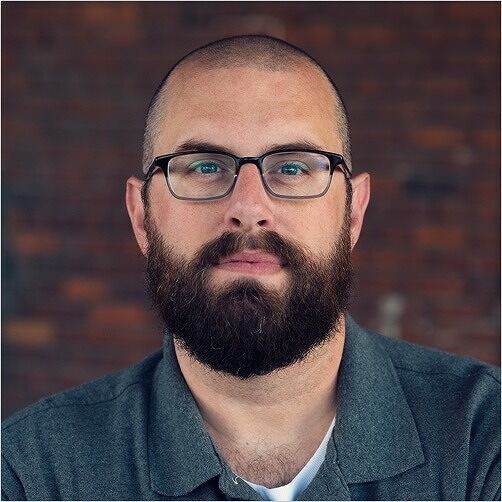 Jason Gurley is the author of The Man Who Ended the World, Eleanor and the bestselling novel Greatfall, among other books and short stories. His work has appeared in a number of anthologies, including John Joseph Adams’s Help Fund My Robot Army. He lives and writes in the Pacific Northwest.

Start reading Deep Breath Hold Tight: Stories About the End of Everything on your Kindle in under a minute.

4.3 out of 5 stars
4.3 out of 5
57 global ratings
How are ratings calculated?
To calculate the overall star rating and percentage breakdown by star, we don’t use a simple average. Instead, our system considers things like how recent a review is and if the reviewer bought the item on Amazon. It also analyzes reviews to verify trustworthiness.
Top reviews

Philip Harris
5.0 out of 5 stars Superb short story collection from a great author
Reviewed in the United States on May 22, 2014
Verified Purchase
As a thank you for being a member of his mailing list, Jason Gurley sent me a free copy of his first short story collection - Deep Breath Hold Tight : Stories About the End of the World. I bought a copy anyway - that's how much I enjoyed it.

Deep Breath Hold Tight contains seven stories, all loosely connected by the end of the world theme. These stories were all previously published either as standalone ebooks, in anthologies or as part of a full length novel.

Wolf Skin
Wolf Skin is the story of someone who becomes a member of one of those murderous roving gangs so popular in post-apocalyptic fiction. It's the darkest of the stories in the collection. The opening few pages in particular are quite graphic, more so than the rest of the stories in the book. My preferences lean towards horror anyway so I was pretty comfortable with the content but it might not be everyone's cup of tea. But the story quickly moves beyond the violence into more thought provoking territory and I enjoyed it.

The Caretaker
One of my favourite pieces in the collection, this is the story of Alice, a woman living alone aboard a space station who discovers she may be the last human alive. Another powerful story with an ending that I loved.

The Winter Lands
Originally published in From the Indie Side, this story of an elderly veteran and aspiring author attending an open mic night to read his story is a quiet, thoughtful tale that deserves a second read through.

Nebulae
Another out and out science fiction story and a standalone chapter from The Colonists. It's the story of Ansel, a man on a deep space mission to investigate a missing persons case. This was my least favourite story in the collection but given the quality of the other stories, that's not much of a criticism. I didn't quite connect with it as well as the other stories and the ending fell flat for me.

Onyx
Another standalone chapter, this time from The Settlers. Micah, for reasons that become clear as the story progresses, reluctantly moves to a huge space station to begin a new life. This is another quiet, moving story that has stuck with me since I read it.

The Last Rail-Rider
I don't want to say too much about this one (no spoilers here) but this story of post-apocalyptic rail rider, Henry, is probably the most off beat of the seven. Somewhat surreal in places, it's another one that deserves a second reading.

The Dark Age
This was the first Jason Gurley story I read and it had lost none of it's impact when I re-read it as part of this collection. This examination of the impact of a deep space mission is moving and thought provoking. Fantastic stuff.

As the title suggests, the stories in Deep Breath Hold Tight : Stories About the End of the World are not happy-go-lucky, all is bright and cheerful tales. There's some darkness, some sorrow. But there's optimism too. If you look for it hard enough.

All in all, a fantastic collection that I'll definitely be reading again. Jason Gurley is a great writer. It doesn't seem fair that he's such an amazing cover designer as well.

BirdieTracy
5.0 out of 5 stars Lessons In Holding On
Reviewed in the United States on May 14, 2014
Verified Purchase
I've looked at some of the other reviews and many of them give good information about the book, and of course there's the blurb, so I'm going going to just add a couple of thoughts and leave it at that.

The stories in the collection are horrendous and beautiful. They all revolve around the end of the world we know, yet are hopeful. Sending a group of explorers into the unknown as a sort of human vanguard. They must go into hibernation and therefore leave everyone on Earth behind. They leave, knowing that family members, parents, spouses, even their children, will be long in their graves by the time they wake up. Heartbreaking and hopeful.

There is always the notion of a higher purpose and a refusal to let go. The main characters in these stories are thinkers, dwellers, people seeking answers. They find it impossible to leave the past behind but refuse to let it stand in the way of the world as it is, or will be. A woman, alone in the brutal new apocalyptic world meets a man who ends up protecting their most treasured belonging, a notebook filled with memories of life as it was.

Jason Gurley has a gift for dialogue. There are no large flowery musings here, just people honestly saying what they think. I have yet to read anything by him that wasn't thought provoking, and even stories with dark subject matter were, in their way hopeful and poignant. At this point he has become one of a small handful of writers that I would buy work from without hesitation. He is that good.
Read more
2 people found this helpful
Helpful
Report abuse

Clayton
5.0 out of 5 stars An extraordinary collection of world's ends.
Reviewed in the United States on October 23, 2015
Verified Purchase
Jason Gurley's story collection isn't your typical apocalyptic, sci-fi anthology. While the stories all center around the end of the world--the end of SOMEONE'S world, if not the actual world itself--it's the heart and passion that we see in the characters' actions and reactions that fuels the tales in Deep Breath Hold Tight. The futuristic settings almost appear as little more than sturdy backdrops for Gurley's explorations of human emotion and endurance. This is a science-fiction collection for readers who are wary of science-fiction. Gurley's prose is tight and well-composed, in every sense of the word. His descriptions envelop you in the various settings, and it becomes, at times, difficult to remove yourself from the story as you begin to feel the weight of the world that settles on the characters' shoulders.

This collection was truly a delightful surprise, and I'm looking forward to reading more by the author.
Read more
One person found this helpful
Helpful
Report abuse

Dr Peter Davies
4.0 out of 5 stars impressive new author
Reviewed in the United States on July 25, 2014
Verified Purchase
I read a ton of books every year, many by writers I had never heard of until I found their books on Amazon. I don't write reviews unless I really like the book or story. I figure that if I don't like it, some one else might. Digging through the SF I came across Jason Gurley and bought this collection of his stories for next to nothing. I loved them all. They are stories about the end, in some the end of the world, in some just an individual termination. Wolf skin is a brutal, scary apocalypse tale, while The Winter Lands is light, almost whimsical. Both grabbed my attention and held it from the first to the last word. It is not all Hard SF, but it is not soft either. Two of the stories, Nebulae and Onyx are set in a compelling solar space, and apparently are from the Universe of Gurley's Movement trilogy. I am downloading that trilogy ( The Settlers, the Colonists, the Travelers) and anything else he has written as soon as this review is submitted. I hope the novels are half as good as the short stories.
Read more
One person found this helpful
Helpful
Report abuse
See all reviews