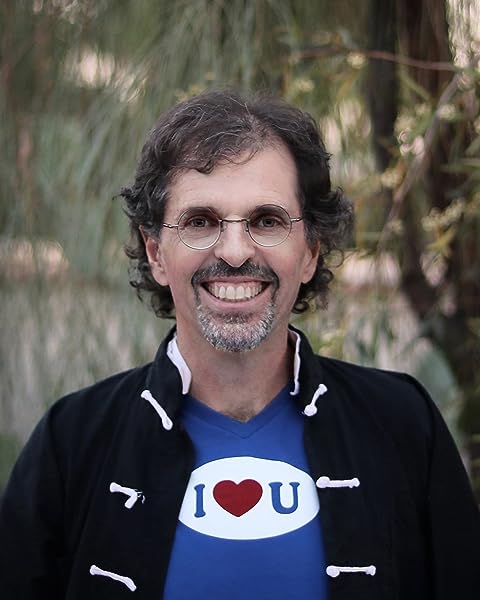 Victor Shamas, Ph.D., is the Executive Director of PlayHaven, a charitable organization that promotes creative play for people of all ages. In 2016, he retired from the Psychology Department at the University of Arizona after a 22-year teaching career. His lifelong investigation into the role of consciousness in the creative process is chronicled in Deep Creativity: Inside the Creative Mystery. This work challenges fundamental assumptions concerning the nature of human creativity, including the way creativity is defined, the source of new insights and ideas, and the dynamics of the creative process. Shamas’ research is based on documenting both the verbal reports of creative individuals and his own first-person exploration of the creative process.

The effectiveness of Shamas’ approach to creativity is reflected in his own prolific creative output. He is the author of three other books, including Repose: The Potent Pause, co-authored with Jhan Kold. The Repose technique described in that book has direct applications to human creativity, as detailed in Deep Creativity. Shamas has also written several hundred musical compositions; recorded a music CD and over 200 instructional videos; started an international network of chanting circles called Global Chant; developed and taught 25 university courses, including an honors’ seminar on creativity and innovation; organized a global event called WAVE1 that involved approximately one million participants in 40 countries; designed multimedia materials on the neuroscience of addiction; invented a solar water distiller; created an anti-inflammatory health program, called Victor’s Inflammation Mend (VIM), to lower the risk of chronic illness; and directed the Intuition in Pregnancy study, which has been featured in the national media, including USA Today, Pregnancy magazine, and NBC’s Today show. Shamas currently resides in Tucson, AZ.

Start reading Deep Creativity: Inside the Creative Mystery on your Kindle in under a minute.

3.2 out of 5 stars
3.2 out of 5
3 customer ratings
How does Amazon calculate star ratings?
Amazon calculates a product’s star ratings based on a machine learned model instead of a raw data average. The model takes into account factors including the age of a rating, whether the ratings are from verified purchasers, and factors that establish reviewer trustworthiness.
Top Reviews

Natalya
1.0 out of 5 stars One Star
Reviewed in the United States on April 11, 2018
Verified Purchase
Total waste of money, unless you are into mystical texts, Buddhist and other new age nonsense.
Read more
Helpful
Comment Report abuse

Y. V. Policar
5.0 out of 5 stars What happens when art and mysticism collide?
Reviewed in the United States on March 19, 2018
I love a book that challenges my assumptions. Deep Creativity makes me question everything I ever believed about creativity: what it is, where it comes from, and how it works. If Shamas is right, all creativity comes from a single source; the process matters more than the product; the role of thinking in creativity is overrated; and the process itself is cyclical. Shamas tackles enormous questions and draws in ideas from everywhere: ancient mysticism, quantum physics, fractal geometry, and even the philosophy of Bruce Lee. This is the only creativity book I have ever read that ends with a discussion of unconditional love. Clearly, Deep Creativity deviates from the orthodoxy of scientific research. But Shamas makes a convincing argument that the scientific community has made limited progress in understanding the creative process because of its failure to acknowledge the importance of basic elements like passion, intuition, imagination, and inspiration. If you want to read about neural networks and brain imaging research, this is not your book. But if you are open to the idea that creative inspiration might be a type of mystical experience, then you will love it, as I did!
Read more
8 people found this helpful
Helpful
Comment Report abuse
See all reviews from the United States