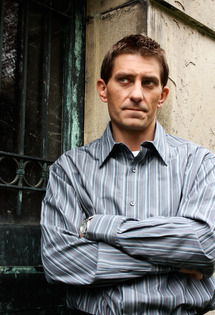 by Ty Schwamberger (Author)
2.4 out of 5 stars 48 ratings
See all formats and editions Hide other formats and editions
Read more Read less
Inspire a love of reading with Prime Book Box for Kids
Discover delightful children's books with Prime Book Box, a subscription that delivers new books every 1, 2, or 3 months — new customers receive 15% off your first box. Learn more.
click to open popover

2.4 out of 5 stars
2.4 out of 5
48 global ratings
How are ratings calculated?
To calculate the overall star rating and percentage breakdown by star, we don’t use a simple average. Instead, our system considers things like how recent a review is and if the reviewer bought the item on Amazon. It also analyzes reviews to verify trustworthiness.
Top reviews

Kindle Customer
1.0 out of 5 stars Not a Bigfoot story that's a rouse to get people into a sick sex book.
Reviewed in the United States on January 3, 2020
Verified Purchase
Totally not a good read. Started off good for a couple chapters then went to crap. Used Bigfoot as a rouse for making a very unappealing R rated sex story. This sucked. I did not finish it, skipped around to see if it got any better but it didn't. Don't waste you money or your time on this trash.
Read more
Helpful
Comment Report abuse

Tim D.
4.0 out of 5 stars Interesting and inventive.
Reviewed in the United States on October 18, 2014
Verified Purchase
Solid writing and an interesting and inventive take on the Bigfoot myth. I think the author did an effective job of building up suspense, and in defying time-worn tropes. I think the book delivers exactly what it promises to deliver. I'm a little confused by all the torpedo reviews lambasting the author and the book for sexual content. First, it's a work of fiction, so disparaging an author for fictional content is a little ridiculous. Second, I've always been mystified by readers who buy an obvious horror book, and then complain about sex and language. Where's the umbrage for violence? Utter hypocrisy. Deep Dark Woods is exactly as advertised, gritty, visceral horror framed within a popular American mythology.
Read more
2 people found this helpful
Helpful
Comment Report abuse

Gregory B. Dam
4.0 out of 5 stars Enjoyable
Reviewed in the United States on August 1, 2014
Verified Purchase
So bad it's good. I'm not sure if this was a serious horror book or a spoof, I'm thinking spoof, but it was good entertainment for a slow afternoon. Over the top scenes and cheesy lines will have you rolling your eyes as you read on. I liked it.
Read more
3 people found this helpful
Helpful
Comment Report abuse

Suzanne
2.0 out of 5 stars I disagree
Reviewed in the United States on August 12, 2014
Verified Purchase
I saw a couple of reviews that compared Schwamberger to Richard Laymon, which is really what caused me to pick up this book. Sadly, it's not even close. Although it's clear that this author was influenced by Richard Laymon (as though the characters from the Island met the baddies from Beast House), this book lacks the depth and punch that Laymon was so good at. It's a story of something akin to Bigfoot and the havoc it wreaks on a whole host of campers and other characters. Unfortunately, there's no need to go further, because there's not much else that's memorable. The characters are shallowly drawn; some exit the story with no explanation whatsoever (other than that they're dead.... Who knows how?)

For me, the biggest letdown, though, was Schwamberger's attempt to mimic Laymon's ability to create hybrids between protagonists and antagonists. Although that was clearly one of the goals here, it wasn't well fleshed-out and it never becomes clear whether the human baddie is a bad guy who never got to express himself, or a good guy who became overly opportunistic. Ultimately, he too exits the story without us knowing who killed him, or how, or why, so really.... Who cares?

Hunter
4.0 out of 5 stars Bigfoot Rules!
Reviewed in the United States on October 19, 2014
Verified Purchase
I love a good Bigfoot story. Deep Dark Woods fed my cryptid loving brain, adding some strange twists to the story that have left me wanting more. If the Bigfoot in this tale is actually lurking in the woods, I'm glad I live in the city.
Read more
One person found this helpful
Helpful
Comment Report abuse

S. B. Murphy
5.0 out of 5 stars Five Stars
Reviewed in the United Kingdom on March 17, 2015
Verified Purchase
Enjoyed reading. Though it was a bit suggestive in places.
Read more
One person found this helpful
Report abuse

Grant Prairie
1.0 out of 5 stars Waste of time
Reviewed in Canada on April 9, 2015
Verified Purchase
What an awful read this was. I'm a big fan of horror novels but this book was far more perverted than scary. I mean how many times do you need a description of Bigfoot's manhood? Can't figure out if this book was written as a joke or the author is just obsessed with depravity involving animals and underage girls
Read more
Report abuse

Fran Cannon
5.0 out of 5 stars Great Read
Reviewed in Australia on July 19, 2014
Verified Purchase
This story held me until the end. Nothing like I have ever read before, and I have read alot of horror.I loved it...
Read more
Report abuse
See all reviews