You've subscribed to Norse Sea Dragons! We will preorder your items within 24 hours of when they become available. When new books are released, we'll charge your default payment method for the lowest price available during the pre-order period.
Update your device or payment method, cancel individual pre-orders or your subscription at
Your Memberships & Subscriptions
There was an error. We were unable to process your subscription due to an error. Please refresh and try again. 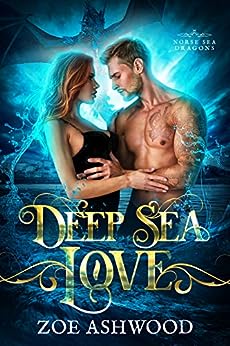 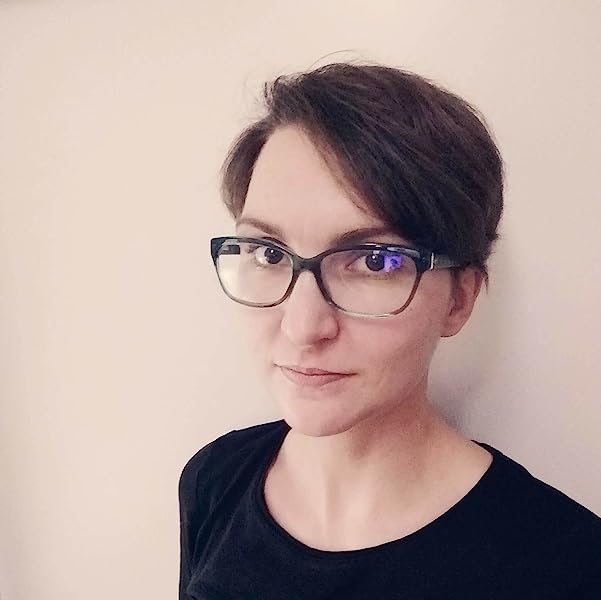 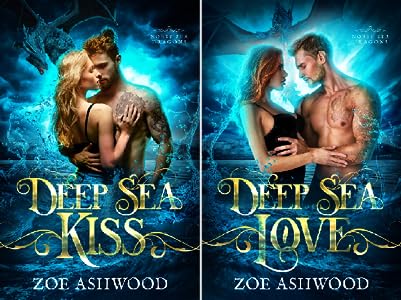 lifeisbetterwithbooks_
4.0 out of 5 stars Enjoyable HEA with no action.. 4 stars!
Reviewed in the United States on May 26, 2021
Ever since I read book one of this duet, DEEP SEA KISS, I've been anxious to read Magnus's story to see who would scale the walls around the growly sea dragon King's heart. When we first met Magnus in book one, he was the surly and uptight ruler of the sea dragons, determined to clean up his father's mistakes and protect his clan. So of course when a witch comes to his tiny Norwegian safe haven looking for her brother and the sacred grimoire's of her coven, he is immediately in over his head and flees.

And although this novel had some really sweet and steamy moments between Magnus and Nia, I have to admit that I didn't love this one as much as the first mostly because there was no action! As Nia and Magnus continued to grow closer and let their guards down, I kept waiting for one of their secrets to be unleashed and bring hell down on them, bursting their bubble of peace--but that never happened. All of their problems were solved by talking and a simple spell performed by Nia, while Magnus's biggest hurdle was flying. I was disappointed by the lack of danger and action toward the end, but if you're looking for a simple forbidden love story with a Beauty and the Beast vibe, then you'll love this one ♡
Read more
Helpful
Report abuse

Jennie K.
5.0 out of 5 stars Masterfully and beautifully written
Reviewed in the United States on May 26, 2021
Nia and Magnus' story was every bit as captivating - actually more - than Lottie and Eirik from book 1. I love the dynamic here and how they were brought together, and while keeping secrets sometimes leads to unnecessary drama, I loved how both reacted when the other's secrets were revealed - like real people who understand others are flawed. It wasn't Magnus' fault his father killed Nia's father, or his mother killed her brother. I could easily have seen another author create unnecessary drama from that. Likewise - Magnus could have gone over the top upon learning Nia was a witch but again, that wasn't a necessary plot point.

MystySinclair
5.0 out of 5 stars Can I please have more books like this?
Reviewed in the United States on June 8, 2021
I absolutely loved this book. It's the second and final book of the duology that Ashwood has fro the Norse Sea dragons and I have to say that the way the story ended leaves possibilities for anything to happen. I was captivated with the characters and how they dealt with the expectations they had placed on them and the expectations that they place on themselves. The book may be a romance novel but it has some seriously thought provoking tones that shock you to read because this is a romance novel. But that was what made it even more enjoyable.

I received a free copy of this book via the author and am voluntarily leaching a review.
Read more
Helpful
Report abuse

Jolie Vines
5.0 out of 5 stars Such a swoony, grumpy, delicious hero
Reviewed in the United States on May 31, 2021
I've been waiting for this book with huge excitement, and boy, did it deliver. A grumpy sea dragon king and the fierce woman who'd melt his heart - who could resist?
But Ashwood outdid herself, and I spent most of the book hugging myself in delight.
Nia, a Welsh witch, is on a mission to discover the whereabouts of her missing brother and their coven's spell books. Magnus knows all about the brother - that dastardly villain met a sticky end at the jaws of one of his dragon kin. Not that it makes an easy telling to the woman who gets under his skin.
Nor is she welcomed by the dragon shifter residents of the secret island she stumbles upon. Their only exposure to witches have not been positive.
All which makes for an uneasy romance. Yet true love can't be denied.
I loved the Nordic descriptions, I swooned hard for tender-behind-the-growls Magnus, wanted to hug Nia, and I adored the careful way the plot unfolded without need for big drama. The hero and heroine communicate and sort out their differences. It was refreshing, heart warming, and such fun.
I couldn't recommend Deep Sea Love more.
Read more
Helpful
Report abuse

Emily Pennington
TOP 500 REVIEWER
5.0 out of 5 stars Norse Sea Dragons
Reviewed in the United States on May 26, 2021
Nia’s half-brother disappeared in Norway. He could be hiding or he might be dead. Nia’s coven wants the grimoires he took, so she is trying to find out what happened to him. Magnus, the sea dragon clan’s king, knows all about her brother and the fact he is dead. But what happened to the spell books?

This author’s books make me want more. I enjoyed the characters and the story line was easy to follow. This book is exciting, romantic and intriguing on all levels.
Read more
Helpful
Report abuse

Ashley A. Carr
VINE VOICE
5.0 out of 5 stars Nia and Magnus
Reviewed in the United States on May 30, 2021
I’m loving these Sea Dragons!! Nia and Magnus have this undeniable chemistry from the start but Magnus just has to get out of his own way. Nia’s half brother has disappeared and her coven wants the grimoires he took. Magnus knows that he is dead but what happened to his books? Magnus will do whatever it takes to protect his clan. Secrets are revealed and unexpected twists kept me on the edge of my seat. Will they be able to work together?
Read more
Helpful
Report abuse

Livinintechnicolor
4.0 out of 5 stars Sweet & Spicy Enemies to Lovers
Reviewed in the United States on May 27, 2021
This was such a great read. I love the world that Zoe has created with the Sea Dragons. Magnus is such a tortured soul and Nia is the soothing balm to all his angst, once he gets out of his own way. The chemistry and build up was amazing and the spicy scenes were delicious.
Read Deep Sea Kiss first! It’s a duet you won’t regret. I also strongly recommend her Sea Dragons of Amber Bay series. It’s an RH set in the same sea dragon 🐉 world 🔥🔥🥰🥰

Miche1e24
5.0 out of 5 stars Crazy mixed up connections
Reviewed in the United States on May 26, 2021
Nia and Magnus are struck by the connection the first time they see each other but it takes a sunken boat, near drowning and lots of secrets revealed to finally have them coming together. Overcoming history and learning secrets from the past help them to both make the right decisions. I thought it was well written with mentions of characters from the other sea dragon books which was nice.
Read more
Helpful
Report abuse
See all reviews