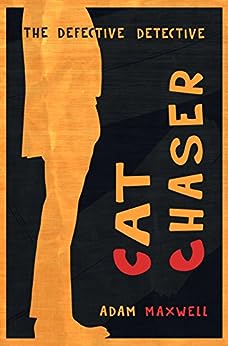 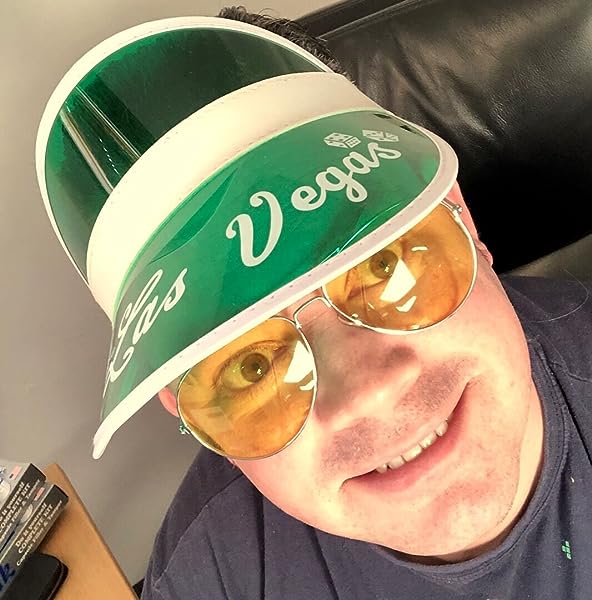 by Adam Maxwell (Author) Format: Kindle Edition
See all formats and editions
Sorry, there was a problem loading this page. Try again.

Funnier than The Silence of the Lambs... scarier than Monty Python...

Clint is keen to impress on his first case as a private investigator. Unfortunately his narcolepsy gets the better of him and he falls asleep during the briefing, so the first thing he’ll have to figure out is exactly what he's supposed to be investigating.

Following the only lead he has, Clint finds himself locked inside a department store, but who is in there with him? And is there really a cat prowling the shop floor? Or is there something a LOT bigger? All of these and literally twelve other questions will be answered in The Defective Detective : Cat Chaser.

"Funky scooby-doo pacing ... one of the web's best indie-published writers."
The Guardian

Adam Maxwell lives in the wilds of Northumberland where he writes darkly funny crime novels. His fast-paced writing style tears along at breakneck speed and is littered with memorable characters.

To find out more you can visit his website www.adammaxwell.com

suziqn6
5.0 out of 5 stars Humorous and clever!
Reviewed in the United States 🇺🇸 on March 20, 2017
I received a free copy of this book from the authors' website. I voluntarily chose to review; this is my honest review.

This is a short read with more than meets the eye. The defective detective has narcolepsy. It was only when a sentence straggled off only to commence mid-sentence a few lines down the page, did I realize the author was denoting a time period the detective had fallen asleep. It was jarring reading; the first instance had me thinking nothing made sense, maybe a poor editing job was to blame. Then it struck me how effectively this was used to educate readers how disorienting this condition must be for persons living with it. What a subtle manner to make one a bit more aware that all persons do not live,or experience life, as we ourselves do. Masterful!

Adam Maxwell may proclaim his books are all just fun, and they are quite humorous, but the perspicacity of his defective detective is not to be lightly dismissed. There is a definite flavor of Sherlock Holmes in the reasoning displayed by Sidney; however Sidney is humbler than Holmes is prideful. He has a wicked sense of humor and is ready to make his fellow man live through some disgusting moments when he feels they themselves have displayed behavior he finds digusting in itself. I like that! He can set up a trap lickety-split. The results are truly side-splitting!

This was a delightful read. Not only is Maxwell clever in setting up and solving a mystery, he presents it with panache. His whole style of writing is brilliant from his ability in plotting, description, conversation, characterization, formatting, and spelling resulted in a smooth reading experience.

I enjoyed this on many levels. I highly recommend it to anyone who likes a well-written and humorous break between other reading choices, or a time-out from the day, to get this! I will be rereading this on a regular basis and adding more to my library, as well. Outstanding!
Read more
One person found this helpful
Helpful
Report abuse

The Lost Bookshop
The Mystery of the Missing Monkey: A Detective Mystery Adventure 1 - The Search for the Sheriff's Star: A Lost Bookshop Adventure 2 -
The Witch With The Glitch: A Fairy Tale Adventure 3 permafree? The Lost Bookshop Box Set:A Middle Grade Fantasy Series Kids Age 6-11
The Perilous Present Predicament: A Kids Christmas Book Full Of Adventure 4
The Defective Detective
1 Murder on the Links - 2 Cat Chaser - 3 The Curious Case of the Kilchester Courier
NOT FOR KIDS
A Kilchester Caper
The Dali Deception 1
Read more
Helpful
Report abuse

Carole Beasley
4.0 out of 5 stars ITS A HOOT
Reviewed in the United States 🇺🇸 on August 8, 2011
I am not used to Brtitsh humor, it is a little different. But I enjoyed this book as light reading. It was definitely funny. At parts I would laugh out loud forgetting my hubby was watching television and he would say what's so funny and I would re-read. It is a fun read for a nice day to relax. Different from the type of book I usually read, but I would read this author again.
Read more
2 people found this helpful
Helpful
Report abuse

john garrett
5.0 out of 5 stars WONDERFUL FUN READ
Reviewed in the United States 🇺🇸 on May 11, 2017
I received a review copy of this book through a contest I entered and
am so glad I did.
With thousands of books available it is easy to miss a good author and Adam Maxwell is a very good author.
with a very well timed sense of dark comedy.
I honestly did not know if i should laugh or shiver.
Will absolutely be checking out the rest of his books
Read more
Helpful
Report abuse
See all reviews