$29.95
& FREE Shipping on eligible orders. Details
Sold by: Amazon.com
$30.07
+ Free Shipping
Sold by: Publisher Direct
Have one to sell?
Sell on Amazon 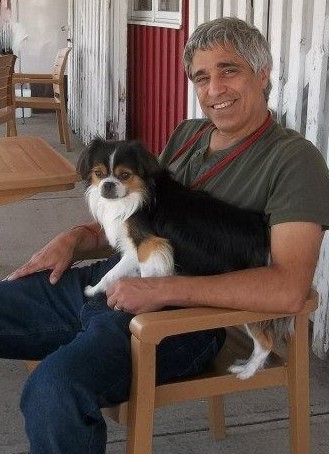 Start reading Defending Marriage: Twelve Arguments for Sanity on your Kindle in under a minute.

4.7 out of 5 stars
4.7 out of 5
51 global ratings
How are ratings calculated?
To calculate the overall star rating and percentage breakdown by star, we don’t use a simple average. Instead, our system considers things like how recent a review is and if the reviewer bought the item on Amazon. It also analyzes reviews to verify trustworthiness.
Top reviews

M. F. Crowl
5.0 out of 5 stars A clear and solid defence
Reviewed in the United States on November 5, 2015
Verified Purchase
I don't suppose the people who need to read this book will read it. That's a pity, because Esolen undermines every foolish argument for the current muddled situation we're in regarding marriage, sex, gender, family and a host more. He has no qualms about offending anyone who's point of view is pro the kind of society we're living in.

His twelve arguments, though swathing back and forth across some similar ground, are each cogently clear about what their main point is. Just when you feel as though he might be being rather old-fashioned in his point of view (and in his style of writing) he bangs in something that could only be said in the 21st century. He's well and truly up with the play, even though his language may sometimes seem that he's not.

Though he obviously comes from a Catholic background, his arguments are for all Christians - and for all sane people. If ever you feel that we're in a deep mire in Western society, pick up this book. You won't necessarily be comforted, but you will be challenged, and within that challenge you'll see more clearly what is truth and what is lies.

thoughtadventure
5.0 out of 5 stars Unlike any other I've read
Reviewed in the United States on November 27, 2020
Verified Purchase
If you have any thoughts about currents conversations about marriage, this book is mighty food for thought. It engages the cognitive, the affective and the imagination. If enough people read and understood these ideas whether they agreed or not, it would profoundly change the conversation.
Read more
Helpful
Report abuse

James G. McAlister
5.0 out of 5 stars Respendent Beauty contrasted with Evil Banality. Beauty Wins
Reviewed in the United States on May 24, 2015
Verified Purchase
Dr. Esolen writes of marriage what in the not-too-distant past would have been commonplace good sense (though in prose so lovely as to lift the heart and bring to tears); now it is a fierce, determined war-cry against the forces of darkness that have clouded the minds of our age, even "Christian" minds. Having read, dog-eared and annotated scores of the best books on this subject, in hopes that I might be able to love my neighbor by better articulating the positive reasons for rejecting the zeitgeist, I can now say I have found the most penetrating, thorough, inescapable and beautiful argument both for the scriptural family as the non-negotiable foundation for society and against every form of sexual "progress" that would necessarily undermine its foundations. Beautiful in its evocations of true family, childhood innocence and God-designed love, horrifying in its frank depiction of the darkness of sexual sinfulness, both heterosexual and homosexual. Thank you, Dr. Esolen.
Read more
9 people found this helpful
Helpful
Report abuse

Tom Jones
5.0 out of 5 stars Thorough, Urgent, and Sound
Reviewed in the United States on May 12, 2015
Verified Purchase
“So God created man in his own image, in the image of God he created him; male and female he created them. And God blessed them. And God said to them, “Be fruitful and multiply and fill the earth and subdue it, and have dominion over the fish of the sea and over the birds of the heavens and over every living thing that moves on the earth” (Genesis 1:27-28).

“Then the Lord God said, “It is not good that the man should be alone; I will make him a helper fit for him…” So the Lord God caused a deep sleep to fall upon the man, and while he slept took one of his ribs and closed up its place with flesh. And the rib that the Lord God had taken from the man he made into a woman and brought her to the man. Then the man said, “This at last is bone of my bones and flesh of my flesh, she shall be called Woman, because she was taken out of Man.” Therefore a man shall leave his father and his mother and hold fast to his wife, and they shall become one flesh. And the man and his wife were both naked and were not ashamed” (Genesis 2:18,21-25)

This is the cultural mandate. God created man and woman, woman for man – “a helper fit for him” – they leave their parents, marry, and start a new family. Culture is not made of autonomous individuals, but families – men, women, and children. And through families culture is made. Throughout the history of the world all cultures believed this, understood this and supported this. However in the last half-century a new idea has been planted and taken root, the idea that men can marry men and women can marry women. Far from comical, this idea is now mainstream and soon to be heard by the highest court in the land. It’s with this on the horizon that Anthony Esolen, Professor of English at Providence College, raises his voice for sanity in this conversation.

1. We Must Not Give the Sexual Revolution the Force of Irrevocable Law 2. We Must Not Enshrine the Law the Principle that Sexual Gratification is a Personal Matter Only, with Which the Society Has Nothing to do 3. We Should Not Deprive a Deeper Wedge between Men and Women 4. We Must Recover the Virtues of Modesty and Purity 5. We Should Not Foreclose the Opportunity for Members of the Same Sex to Forge Friendships with One Another that are Chaste, Deep, and Physically Expressed. 6. We Must Not Condone All Forms of Consensual Activity among Adults 7. We Must Not Seal Ourselves in a Regime of Divorce 8. We Should Not Normalize an Abnormal Behavior 9. To Celebrate an Abnormal Behavior Makes Things Worse, not Better, for Those Inclined to Engage in It 10. We Should not Subordinate the Welfare of Children to the Sexual Predilections of Adults 11. We Should not Give Godlike Powers to the State 12. The Beauty of the Country of Marriage

There’s far too much to engage with in this review so let me just add a couple of thoughts. Aside from the provocative title, this book is a source of commonsense and a well of knowledge. Anthony’s observations on families making cultures was eye opening, and something I’ve never considered in our western individualistic culture. We elevate the self over the community, the individual over the family. But that concept is deeply flawed and indeed part of the problem we face. Families have been replaced by the individuals, and we’ve given the State the power to define marriage. Never has a culture questioned who can be married. For it is commonsense, and all cultures know that men marry women. Whether that person is black, brown, green or yellow, if you’re a woman and he’s a man than you can marry.

More than just a polemic argument against same-sex marriage, Mr. Esolen’s arguments are profoundly prophetic about what happens to the cultural that accepts the reality that a man can marry a man in the same sense that a man can marry a woman. You won’t find this book to be Bible-Thumping, but you may not appreciate his tone at times. I feel he could have been a bit more kind in tone to those who are practicing homosexuals, but I understand his urgency.

In a time when the subject of same-sex marriage has become our sacred cow, Mr. Esolen’s book resolutely stands facing the wind. I would recommend this book for anyone looking to learn more about same-sex marriage, the ills that follow, not only to the person, but the culture that accepts this false-idea.

Rus Meister
5.0 out of 5 stars Spot on
Reviewed in the United States on December 12, 2017
Verified Purchase
It is very difficult to expound on what was once common sense to a people that are losing it. Yet Esolen does it patiently and thoroughly in terms understandable to moderns. Interesting and engaging, the book winds up with a side-by-side comparison of what living by the ideal would mean next to what we do in fact live with. We were born into an environment we did not even understand has lost vital things. Esolen's vision helps us to see, and to hope.
Read more
Helpful
Report abuse

Mark J. Schuberg
5.0 out of 5 stars Beautifully argued
Reviewed in the United States on September 26, 2017
Verified Purchase
Absolutely compelling, loving and rational argument for true marriage. I love the depth of the author's knowledge and his ability to bring it to bear on this crucial subject. Do yourself a favor - read this book. This thorough thrashing of the current madness that passes for "enlightened" thought needs to be spread far and wide.
Read more
Helpful
Report abuse

jackib
5.0 out of 5 stars A great read.
Reviewed in the United States on November 21, 2015
Verified Purchase
Anthony Esolen is a great writer. Since our culture is suffocating in sentimental, ill-considered ideas Esolen's arguments for marriage sanity are like slapping an oxygen mask on someone who needs air.
Read more
Helpful
Report abuse
See all reviews

Dr. Okon Edet Edeke
5.0 out of 5 stars Five Stars
Reviewed in the United Kingdom on October 12, 2015
Verified Purchase
A book every human from teenage through adulthood should read.
Read more
Report abuse

Neil Foster
4.0 out of 5 stars brilliant and moving
Reviewed in Australia on November 23, 2014
Verified Purchase
A brilliant defence of marriage between man and woman as the only true form of marriage. The author writes not only with impeccable logic, but with great emotion and wonderful imagery. A moving and inspirational book,
Read more
Report abuse