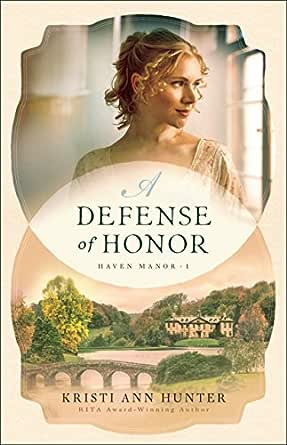 You've subscribed to Haven Manor! We will preorder your items within 24 hours of when they become available. When new books are released, we'll charge your default payment method for the lowest price available during the pre-order period.
Update your device or payment method, cancel individual pre-orders or your subscription at
Your Memberships & Subscriptions
There was an error. We were unable to process your subscription due to an error. Please refresh and try again. 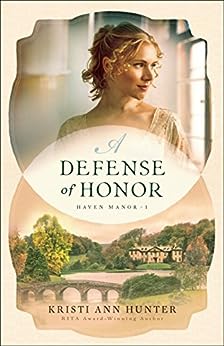 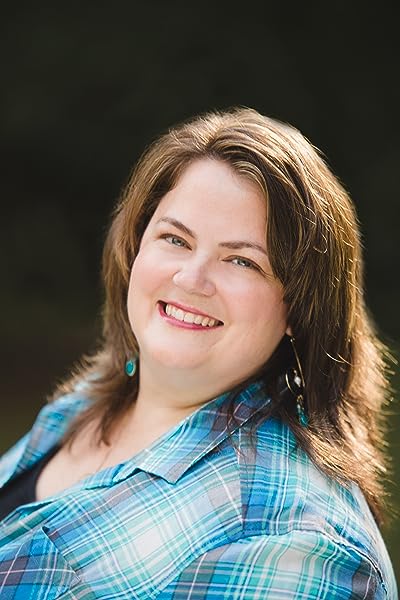 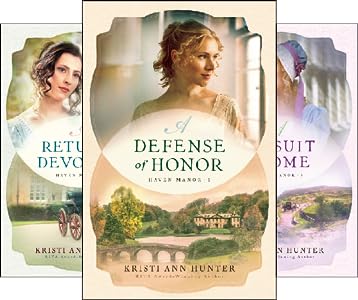 "Regency romance at its best."--Library Journal
"A lovely addition to the Regency genre."--Publishers Weekly starred review
"Hunter once again proves she has the key to inspirational-romance and traditional-Regency readers' hearts."--Booklist

When Katherine "Kit" FitzGilbert turned her back on London society more than a decade ago, she determined never to set foot in a ballroom again. But when business takes her to London and she's forced to run for her life, she stumbles upon not only a glamorous ballroom but also Graham, Lord Wharton. What should have been a chance encounter becomes much more as Graham embarks on a search for his friend's missing sister and is convinced Kit knows more about the girl than she's telling.

After meeting Graham, Kit finds herself wishing things could have been different for the first time in her life, but what she wants can't matter. Long ago, she dedicated herself to helping women escape the same scorn that drove her from London and to raising the innocent children caught in the crossfire. But as much as she desperately wishes to tell Graham everything, the risk of revealing the truth may come at too high a price for those she loves.


"The first novel in Hunter's new Haven Manor series is both gripping and heartwarming at the same time. . . . Hunter communicates her storyline with such grace and passion, showing light on God's mercy and how He can restore any broken situation for His glory."--RT Book Reviews Top Pick

"With her usual flair for nuanced characterization and an abundance of heart-tugging emotion, RITA award winner Hunter launches her new Haven Manor series with a beautifully crafted tale of love and faith."--Booklist

"Kit and her friends are delightful people with simple, homespun faith. They learn valuable spiritual lessons as our story progresses . . . . A Defense of Honor is peopled with charming characters and contains delightful prose." --All About Romance --This text refers to the paperback edition.

Kristi Ann Hunter is the author of the Hawthorne House series and a 2016 RITA Award winner, an ACFW Genesis contest winner, and a Georgia Romance Writers Maggie Award for excellence winner. She lives with her husband and three children in Georgia. Find her online at www.kristiannhunter.com. --This text refers to the paperback edition.

4.6 out of 5 stars
4.6 out of 5
227 customer ratings
How does Amazon calculate star ratings?
Amazon calculates a product’s star ratings based on a machine learned model instead of a raw data average. The model takes into account factors including the age of a rating, whether the ratings are from verified purchasers, and factors that establish reviewer trustworthiness.

Jenny
4.0 out of 5 stars Enjoyable story...inaccurate language for the period
Reviewed in the United States on August 27, 2018
Verified Purchase
I have enjoyed all of This author's books and I found that this story took hold of my attention. It focuses on a complicated subject, particularly for the era. I would have liked to give the book five stars, however I had two issues with the book. Having worked as a Social Worker, I don't believe that the children's universally happy reaction to the conclusion of the book is realistic. I think it a vast oversimplification of a complex emotional, and even potentially traumatic, life-event. My other issue is that there are a number of instances in the book of language that is historically inaccurate. Some of it is phrases, some, single words. Sometimes it is a word or phrase that did not exist at the time, other times it something used with it's contemporary meaning, but it was used differently in the a Regency era. Some instances of historically inaccurate language are the use of "wow", "guy", "kids", and "nanny". At the time of this novel, children had "nurses" and/or governesses. "Nanny" was a title that came into use decades later. Further, the dialogue employs an excessive amount of contractions for the period...another speech pattern that is too modern. I don't remember noticing as many issues with the language in the author's previous work, but I did find it distracting in this novel. Many readers won't care, or will be able to overlook it. Beyond the aforementioned issues, I truly did enjoy this book.
Read more
18 people found this helpful
Helpful
Comment Report abuse

Daysong Reflections
VINE VOICE
4.0 out of 5 stars Not Your Usual Regency Novel
Reviewed in the United States on October 7, 2018
Verified Purchase
A Defense of Honor is an entirely different Regency novel than what I usually encounter. Many novels are a series of fancy balls and flirtations as the heroine hopes to find a proper husband. In this tale, readers see another side of the wealthy society – the women taken advantage of by men who abandoned them and did not acknowledge the children produced by the relationship. Under most circumstances the women were left in disgrace and often children were doomed to a life of servitude if not death. Determined to make a difference, Kit FitzGilbert and two friends take it upon themselves to provide a home and education for as many of the unwanted children as possible and perhaps saving their mothers from scandal. Despite their personal sacrifice, providing for these children required funding and Kit’s unconventional methods of acquiring money came close to landing her in trouble more than once. When Lord Wharton enters her life, Kit finds it difficult to keep her secrets but the children’s future could depend on her silence.

I loved everything about this book. It was fun watching the relationship develop between Kit and Graham and gratifying to witness her change of heart about her methods of collecting funding and learning to depend on the Lord to provide. An excellent plot with wonderful characters and several unexpected twists, A Defense of Honor held my attention throughout. I look forward to more titles by this author.
Read more
6 people found this helpful
Helpful
Comment Report abuse

Stephanie McCallTop Contributor: Harry Potter
4.0 out of 5 stars She Provides a Haven for Others, But Can She Find One for Her Heart?
Reviewed in the United States on October 11, 2019
Verified Purchase
More a 3.6 or 3.7, Kristi Ann Hunter's first book inspired skepticism in me. However, the book itself is a pleasant surprise. Kristi unites one of my favorite periods, Regency England, with some unusual circumstances and tropes. For instance, Kit's mission as the Governess, and the unconventional purpose of Haven Manor, kept me reading at a pretty good clip. I also enjoyed the unusual nature of Kit and Graham's romance. It turns not on the typical "rich suitor, poor debutante" trope, but an uncommon variant, which inspires deeper interest.

Speaking of that uncommon variant, I applaud Kristi Ann for dealing so frankly with unwed mothers and illegitimate children in Regency England. The stigma surrounding these groups still exists, but in Kit and Graham's time, it was so much more prevalent. Although Kit comes to the correct conclusion that blackmail is not the way to deal with this problem, it's hard not to sympathize and empathize with her choices. But the fact that she, Graham, and other characters must learn to deal with a world where justice is imperfect, makes for some good spiritual threads.

Kit's spiritual arc is again unusual, but perhaps one of the best and most unique I've seen lately. That is, Kit is a believer and respects God with all her heart. At the same time, she has fallen into the human trap of trusting her own devices for everything, because painful experience has taught her she has no choice. So many times Christians, especially modern ones, are taught, "Christians do not think this/act this way/have this problem, so therefore, you are a bad Christian or were never one at all." Kit's journey in grace and a new level of belief gives readers both hope and perhaps the courage to seek new levels of grace themselves.

Some fairly significant flaws exist. Narrative summary pops up a lot, such that it often seems the book depends on an outside narrator almost entirely. Information and characterization is told, not shown, and repeated (the biggest example is probably Graham's boredom and disillusionment, which informs his character so much he seems two-dimensional). Some threads, like the romance, are thin, and as another reviewer noted, some of the language is inaccurate for the period (kid, mess this up, hassle, and so on).

By rights, I should not have enjoyed this book. I can think of at least three things that would've made it better, such as deeper characterization and more time with the children. That said, something in Kristi Ann Hunter's style is so winsome, homey, and comforting that flaws are more easily forgiven. Some of them, such as narrative summary, feel more stylistic than grating. And this book passed the biggest test, in that it made me want to read the next one in the series. It doesn't get a glowing recommendation, but I find it pretty enjoyable.
Read more
3 people found this helpful
Helpful
Comment Report abuse
See all reviews from the United States

Ellen O'Donnell Shanks
5.0 out of 5 stars Interesting
Reviewed in the United Kingdom on November 6, 2019
Verified Purchase
It was captivating from start to finish. Graham was a bit hard on Kit though when he figured out the truth.
Read more
Helpful
Sending feedback...
Thank you for your feedback.
Sorry, we failed to record your vote. Please try again
Report abuse