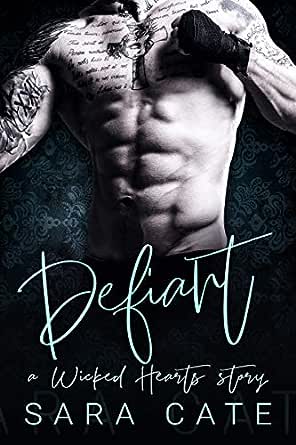 You've subscribed to Wicked Hearts! We will preorder your items within 24 hours of when they become available. When new books are released, we'll charge your default payment method for the lowest price available during the pre-order period.
Update your device or payment method, cancel individual pre-orders or your subscription at
Your Memberships & Subscriptions
There was an error. We were unable to process your subscription due to an error. Please refresh and try again. 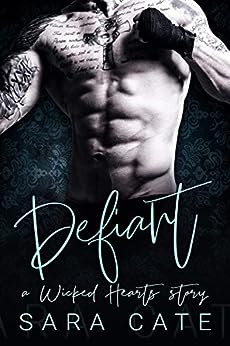 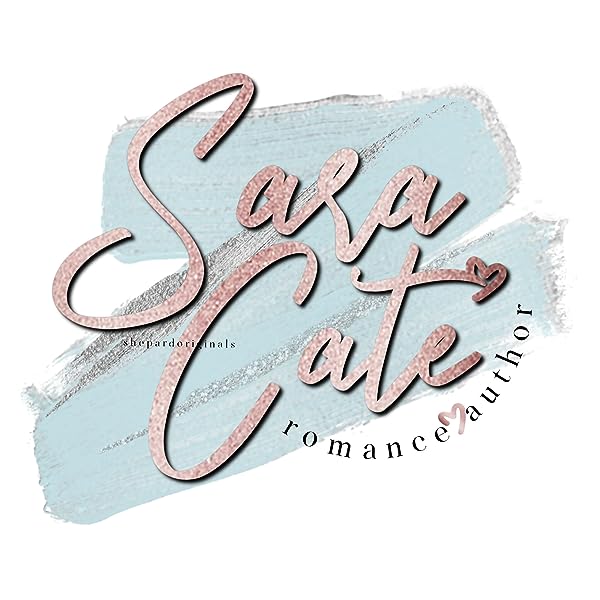 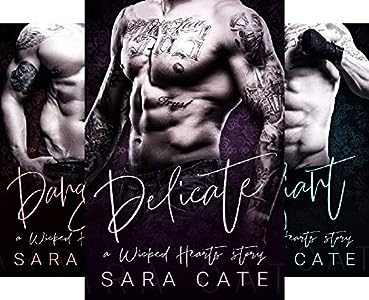 "A 5+ Star powerhouse read with sizzling chemistry and searing emotions as Rafe and Shelby fight for their HEA!" -★★★★★ Book Haven Book Blog

"I absolutely loved it and I couldn't stop reading." -★★★★★ Katharina, Goodreads reviewer

"First and foremost ONLY start this book if you have nothing else to do for the next 4 hours or so, trust me when I say you will NOT what to put this down... " -★★★★★ Goodreads reviewer, Jessica

"Wow, just blown away with this book, Sara Cate absolutely brilliant, this book gives you all the feels, anger, sympathy, empathy, love you go through a range of different emotions." -★★★★★ Goodreads reviewer, Michelle

4.8 out of 5 stars
4.8 out of 5
38 global ratings
How are ratings calculated?
To calculate the overall star rating and percentage breakdown by star, we don’t use a simple average. Instead, our system considers things like how recent a review is and if the reviewer bought the item on Amazon. It also analyzes reviews to verify trustworthiness.

Kristina Waible
4.0 out of 5 stars Defiant
Reviewed in the United States on September 8, 2020
Verified Purchase
Rafe is a cop who ten years ago for his friend arrested It broke him up with Shelby the guys sister. Now they are all living in the same town. In fact Shelby lives in the same apartment building across the hall from Rafe He has lots of baggage he hasn’t faced from his childhood. She can’t understand how he could do what he did to her brother. They all have to face down demons to move forward
Read more
Helpful
Comment Report abuse

Kindle Customer
5.0 out of 5 stars Excellent
Reviewed in the United States on September 8, 2020
Verified Purchase
This book you won't put down. You will wonder what torture this cop has gone through. You'll wonder if he can learn to love.
Read more
Helpful
Comment Report abuse

Jennifer Pierson: The Power of Three Readers
TOP 500 REVIEWER
5.0 out of 5 stars #WOWJUSTWOW
Reviewed in the United States on August 18, 2020
There are times that I come late to a new author's party which leaves me kicking myself in the aftermath because I could have been there earlier, and Sara Cate's party is a great example that I'm talking about.  I mean HOLY HELL WHERE HAS SHE BEEN MY WHOLE LIFE?!  Rafe had a horrible childhood that he really hasn't faced yet, though he became a police officer to help other young kids.  Shelby is a hospice nurse who has history with Rafe, and not a good one either, so she was shocked when she came face to face with him at her apartment building since he's living close to her, and while the chemistry is shooting sparks everywhere & fate stepping in as they keep running into each other, it's not all fun and games.  This story took me through so many emotions that I was totally book hungover when I was done.  There's so much more going on & I devoured it in one sitting to see how it all ends up.  So, if you want to see how it all plays out, and trust me you want to, hit those one click buttons immediately!  HIGHLY HIGHLY HIGHLY RECOMMEND!
Read more
One person found this helpful
Helpful
Comment Report abuse

Lori the Bookaholic
5.0 out of 5 stars ANGSTY, GRITTY, EMOTIONAL, TRAUMATIC AND A BEAUTIFUL SECOND CHANCE
Reviewed in the United States on August 18, 2020
Absolutely amazing and captivating story between Rafe and Shelby. This book is a mix between a second chance romance and an enemies to lovers story that will grab you and refuse to let go.
Rafe is a cop just trying to bring down criminals and help kids on the verge of making bad life decisions. He has been through a horrific childhood and on a daily basis those memories haunt him.
Shelby is a Hospice nurse who loves her job and just wants to live her life as peacefully as possible. Her twin brother Ezra, however definitely keeps her on her toes and since he was arrested and put in jail years ago Ezra holds a deep seated loathing for Rafe. Shelby always feels like she needs to keep an eye on Ezra because his life choices are not always the best.
Ten years ago the three of them were thick as thieves and stayed friends after graduating high school. A terrible decision was made between Rafe and Ezra to commit a crime. Rafe had a last minute emergency come up and he couldn't go with Ezra; however Ezra was going to go through with the plan and in order for him not to be killed Rafe decides the best course of action is to throw Ezra under the bus to the police. Now all that lasts between the three is a deep seated hate for each other.
Shelby accidentally runs into Rafe in her own apartment building and can't believe she has to live so close to him.
Things start to heat up when the chemistry and circumstances keep pulling them back towards each other. Both Rafe and Shelby have their own sketchy plans that involve each of them to get close to the other but it completely starts to backfire when the feelings start to turn real between them. Scenes heat up to molten levels and the fire between the two is burning bright when all hell breaks loose and Shelby realizes she needs space from both Rafe and her brother.
The book ends with a fantastic HEA and a beautiful future for the two to look forward to.
This story was extremely riveting and hard to stop once I started it.
I received an ARC of Defiant for an honest review.
Read more

Texas Customer
4.0 out of 5 stars Good Read
Reviewed in the United States on August 17, 2020
*Spoilers*
Shelby is sweet, caring and a hospice nurse, Rafe is a cop with anger issues due to childhood abuse and he holds a personal grudge against Shelby's twin Ezra, a ex convict turned business owner who in turn wants revenge against Rafe. Shelby is always caught in the middle off them and tends to end up on the receiving end of their attitudes. Shelby and Rafe have a love hate relationship and the author did an amazing job highlighting and describing the emotions and feelings between Shelby and Rafe and their growing attraction to each other.

Rafe was the reason Shelby's twin brother Ezra went to jail for attempted robbery, something he and Rafe worked on together and when Rafe was called away, he called the cops on Ezra for the attempted robbery. As Shelby lived with Ezra and the plans were in their apartment she nearly ended up in jail as well. Rafe walked off scott-free and became a cop, and holding on to his personal grudge against Ezra ,instead of investigating he believes Ezra is dealing drugs and gets a search warrant to search his business and ransack his inventory. This triggers Ezra's grudge and they end up in a fight with Ezra being arrested again this time for assaulting a cop and Shelby washing her hands off both of them.

The characters have depth and growth tangled with realistic array of emotions ranging from mistrust, disgust, disappointment, hatred, sorrow, protection and love. The supporting characters and relationships between them were realistic and well done. A well written emotional story,