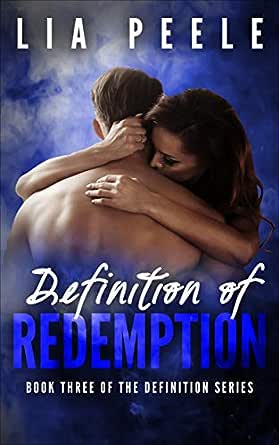 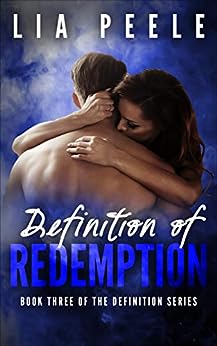 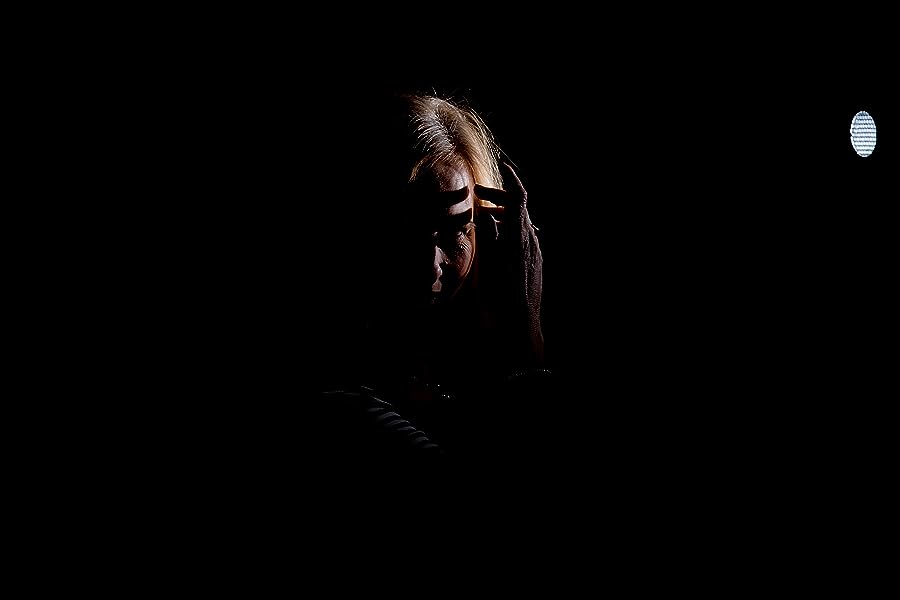 Robin C
5.0 out of 5 stars One True Love
Reviewed in the United States on October 2, 2018
Verified Purchase
Six years, six months, six days, six hours, six minutes, six seconds- how long does it take to heal a soul broken into halves? How much pain and punishment can two people endure before they completely break apart? The love story of Dev and Scarlett has been a journey filled with raw heat, the highest highs and the lowest lows. I have loved this couple through it all.

I have to say that Definition of Craving shattered my heart and I held my breath while waiting for this book. Lia Peele did not disappoint and the sparks started to fly right from the beginning. Dev and Scarlett are like a flame and lighter fluid with a huge combustion being the only possible outcome. There is still so much left to become clear with the next and final book in this series. There are so many secrets that I am itching to find answers to as their story progresses.

This love story is like poetry and pain on paper. It brings to mind a line from one of my favorite poets, William Blake- " And throughout all Eternity, I forgive you, you forgive me". I highly recommend this entire series.
Read more
Helpful
Comment Report abuse

wendy s hodges
5.0 out of 5 stars Loved It
Reviewed in the United States on October 2, 2018
Verified Purchase
For the first time I felt these two characters had grown up and become adults, he wasn't using sex as an answer for everything. So many changes for both of them all for the good. I really enjoyed them not winding me up as much, it gave me hope for the future. This author has really improved with her writing over this series, there is a lot more content now and in this one not quite as many twists so you can breathe and enjoy the story. The flow through the chapters is great and the characters are interesting. This series as a whole has frustrated me at times with the on, off relationship and lies, all the twists and unexpected revelations just occasionally became a bit to much I am glad that now things are starting to smooth out. I feel the author has accomplished what she set out to do with her readers and I have lost myself in reading each one and enjoyed it as a whole, I think if I was a new reader being able to read the whole set one after another is a better idea, I had to wait in between each book which meant losing some of the thread and motivation. I just need the conclusion now.
Read more
Helpful
Comment Report abuse

KCM
5.0 out of 5 stars Whats next
Reviewed in the United States on October 22, 2018
Verified Purchase
This book was good, but a little bland compared to the first two. Can't wait for the next book to come out though to see what finally happens with Dev aka Rob and Scarlett.
Read more
Helpful
Comment Report abuse

Debra P.
5.0 out of 5 stars Amazing 3rd in the series!
Reviewed in the United States on October 3, 2018
Verified Purchase
Dev and Scarlett are back for another part of their story and I love it!
They are strong, powerful and believable and the need I have for them to succeed as a couple is strong!
Read more
Helpful
Comment Report abuse

Luisa Rivas-Martinez
5.0 out of 5 stars Riveting!
Reviewed in the United States on October 11, 2018
The last book, Definition of Craving, had a very sad ending. Scarlett and Dev broke up, over Dev’s many deceptions. On his defense, his heart and his intentions were good; he wanted to protect Scarlett. However, his practice of omitting truths from Scarlett came to a disastrous end this time, and Scarlett ended things definitely. I hurt for them both, because I knew their love was true, but understood that Dev had bad habits, accustomed to concealment of his many issues.

This book starts six years after Craving, and both Dev and Scarlett have risen to the pinnacle of their careers. Both have cover corporations that shelter many related enterprises. In Dev’s case, the devastation of losing Scarlett took him to move from Newcastle to Brighton and start a new business, using his savvy as a stripper and managing Taboo. He embarks on several enterprises, the main star of which are his hotels, part of a line of Devil’s Playgrounds. He’s now rich beyond his dreams, a very serious and private man who broke away from all his previous liaisons.

Scarlett is now a workaholic who lives a mostly solitary life, sharing weekends with Rhys with whom she has a sex-only arrangement. Rhys wants more, and proposes marriage every Friday and Scarlett turns him down every time. The scars left from her failed love with Dev run deep. She has moved on, but only on the surface. Deep inside, her love for Dev runs deep.

One day, there is a business meeting to present a business proposal to an important company and Scarlett had to take charge in the absence of a sick employee. To her surprise, the owner of the company is none other than Dev, now called Rob Jackson. The surprise meeting shatters them both, and renews their craving for each other. Scarlett is extremely reluctant to go there again with Dev, because when they broke up six years ago, she also suffered a huge loss, went into a deep depression and it took a long time and hard work to get well and move on. Dev is determined to win her back, feels this is fate that brought them back together and they are soulmates, fated to be together. We get to enjoy a book with two much more mature individuals, they share more open communications and delve into their pasts to achieve closure. There is a little back and forth because sometimes they get defensive and Dev acts a little douchey at times. However, now we see a Dev who is up front and center, truthful and direct, no secrets and no hidden agenda. This time Scarlett is the one running scared, but has the help and support of her friends.

This book is riveting, passionate, and entertaining. I loved the new version of Dev and that he is now a man, mature and professional. He’s now on the same status as Scarlett, not that she ever cared that Dev was a stripper, she loved him completely and without limitations, except for his lies. This time the one who tried my patience is Scarlett but she was justified in her reluctance. And now, the author is so cruel that we still get another cliffhanger, but with the promise to finally get our HEA next time. I loved the book and am rooting for Dev and Scarlett to finally have their happy reunion, can’t wait for the next book!
Read more
Helpful
Comment Report abuse
See all reviews

mel
5.0 out of 5 stars So So Loved It
Reviewed in the United Kingdom on October 2, 2018
Verified Purchase
OMG I love this book, We pick up the story 6 years later from when Dev and Scarlett broke up, we get to see what they have been up to a part but when they meet again you can feel the chemistry still thriving hot between them. An emotional and sexy read. All the characters are great. I want more Dev and Scarlett.
Read more
Report abuse
See all reviews