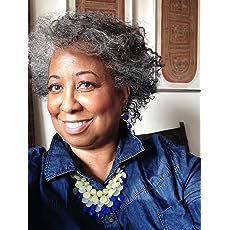 I've been enchanted with books from my earliest days; one of my first memories is of sitting on the floor in the golden motes of dust flying around the booklined porch my father used as his office. Second grade found me crafting a pastiche on the great Walter Farley novel,"The Black Stallion." I sold that story, with original cover painting, for .02 cents at our school's spring book fair.

My writing took a turn from animal lore when I discovered Sherlock Holmes in seventh grade. Agatha Christie, Langston Hughes, Margery Allingham, P.D.James, Walter Mosley, Ralph Ellison,so many fine practitioners of detective and other fiction influenced me over the years. Perhaps the biggest single influence, however, was my long-standing love affair with newspapers. I worked for professional papers in the rough-and-tumble news town of Chicago since my late teen years.

Pursuing a doctorate in African history and a career in the United States Foreign Service reinforced my interest in people, places, and writing. Though the settings were not quite so exotic as West Africa, my subsequent career as a university administrator took me to Texas, New Jersey, and right around the world recruiting international students and promoting study abroad programs. I jumped into the world of fiction writing through the stimulating and fun adventure of fan fiction. To date, I've published over sixty fan fiction stories since 2012.

My wonderful husband, who's travelled this journey with me, has been a source of insight and common sense for decades. And our twin sons --smart, sensitive, and fun --are the inspiration for everything I do.

I am active in Sisters in Crime and Crime Writers of Color. I enjoy hearing from readers. So drop me a question or comment by email at pittsdelia@gmail.com. And visit my web site, "Neighborhood Noir,' at www.deliapitts.com. Follow me on Instagram at deliapitts50.
Read more 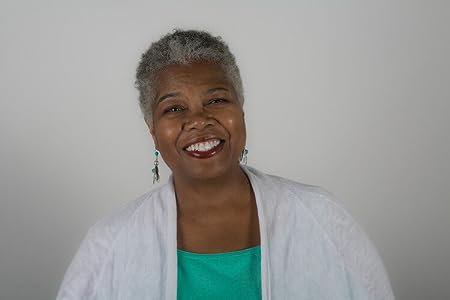 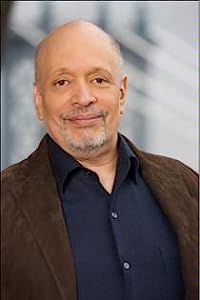 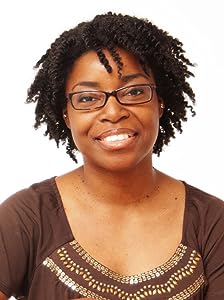 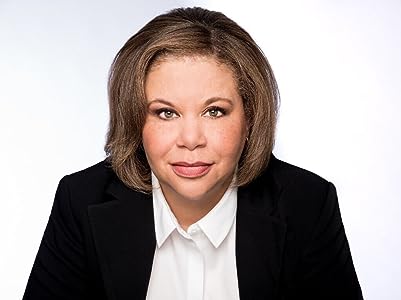 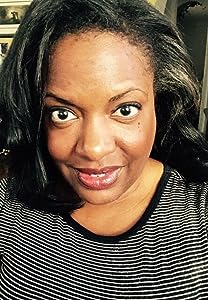 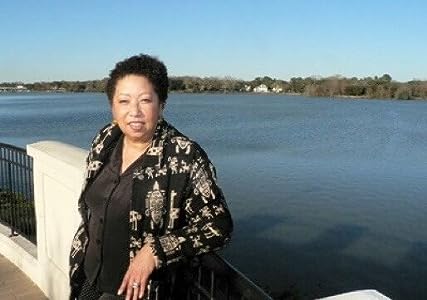 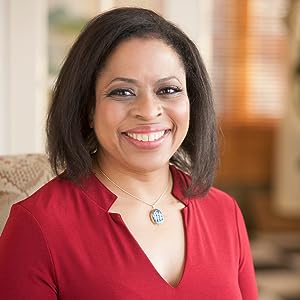 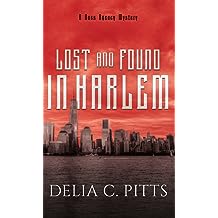 When Shelba Rook’s home burns down, he realizes he has nothing left. What’s a jobless, homeless private detective to do? He’s feeling more than a little lost.


Shelba Rook’s “home” was in fact a room in a Harlem brothel. Not only does the catastrophic fire at Auberge Rouge take the few items he could call his earthly possessions; it ends up killing an innocent woman.


As Rook struggles to find a job, his thoughts keep returning to the woman at the Auberge Rouge. Who was she? Did someone set the fire intending to kill her? As Rook ponders these mysteries, he stumbles on one of Harlem’s best-kept secrets—the Ross Agency.


The detective agency, run by the magnanimous Norment Ross and his far more practical daughter, Sabrina, takes tiny neighborhood cases the police are too busy to solve. They’re looking for a new agent, and Rook knows a job is a job. Rook may look down on the types of cases Norment and Brina take, but the two will prove to be invaluable allies as he searches for an arsonist and a murderer. From tiny cases to huge investigations, the Ross Agency is ready for anything! 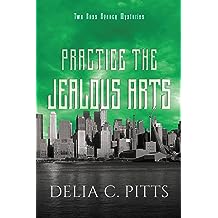 The private investigators at the Ross Agency in Harlem specialize in tracking down lost checks and missing relatives and solving other mundane mysteries. Murder isn’t normally on their plate, but when it is, they rise to the occasion.


Practice the Jealous Arts continues the adventures of private eyes S J Rook, Sabrina Ross, and her father Norment, who made their debuts in Lost and Found in Harlem. First, Rook is asked to help his NYPD buddy Archie Lin investigate the murder of an elderly math teacher at the prestigious Harlem Select School. Someone hated the mathematician enough to try to divide her head in two. Lin’s stumped and hopes Rook and the Rosses can find a motive in a tangled web of suspects that includes teachers, students, and parents.


After Rook cracks the first case, he accepts an out-of-town assignment with Sabrina. A celebrated artist has asked the agency to provide security on his farm. Caught up in the artist’s troubled, twisted family dynamic, Rook and Sabrina quickly discover rural life is long on drama and violence.


Welcome back to the Ross Agency. If you’ve got a mystery, they’ve got a solution— whether you approve or not. 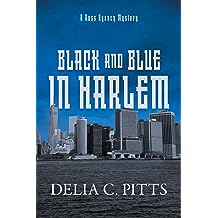 Black and Blue in Harlem: A Ross Agency Mystery (Ross Agency Mystery Series Book 3) Feb 10, 2019
by Delia C. Pitts
( 21 )
$3.99
SJ Rook came to Harlem to re-build a life. You hit bottom, the only way out is up, right? Nice home, nice job, nice girl. With a few breaks, a hard-luck private eye can land on his feet, even if his balance is still shaky. But now that cozy home has turned deadly.

Harlem is frigid the night Rook arrives home to find his own apartment building is a crime scene. With his pal NYPD Detective Archie Lin working the case, Rook joins the investigation into the death of his neighbor. Nomie George was a gentle, unassuming city bureaucrat, with few friends and no apparent enemies. Minding her own business, following government rules, and hoarding her skimpy paycheck were Nomie’s chief pleasures. But a frosty fifteen-story plunge ended her life. Could her lonely death be a suicide? Or might a brutal murderer be on the loose?

As winter nights pile up, Rook’s investigative leads turn as murky as black ice. Then he and Lin are stunned when another gruesome murder lands even closer to home: in the backyard of Rook’s own detective agency. His bosses, the father-daughter duo of Norment and Sabrina Ross, run a local fix-it service with Harlem as their beat. Ross Agency cases usually involve those neighborhood events or personal affairs where tensions run high and violence bubbles just under the surface. This quirky team of private eyes handles intimate matters and little mysteries the police consider beneath their interest or beyond their abilities.

Murder isn’t his beat, but the second death draws Rook even deeper into the investigation of Lin’s frozen cold case. With Archie distracted by a budding love affair, Rook’s romance with Sabrina Ross stumbles, as old habits cause new problems. Adding to his troubles are a wily gangster who’s greedy for power, a storefront preacher digging for earthly rewards, and a baffled roommate who knows too much… and too little. Rook races against time to solve this case before the ruthless killer strikes again. Must he compromise his friendships to protect a neighbor? Will he sacrifice his own happiness to catch a serial murderer? Or will the mountain of blues rising around Rook bring disaster to everyone he knows?

In this third novel in the exciting character-driven mystery series, Rook learns the hard way that in Harlem, security is a sometime thing. One minute you’re cruising, with a roof over your head, a warm drink in your hand, and the woman of your dreams beside you. But in a single deadly twist, tragedy can strike: your luck is frozen and your fate is on ice. Slip up in Harlem and you could find yourself black and blue all over again.
Read more
Other Formats: Hardcover , Paperback 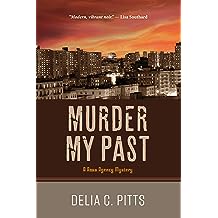 A memory-plagued widow. A detective on the edge.


Harlem private eye SJ Rook wants to forget his past. Ex-soldier, ex-drunk, ex-tramp are titles he's eager to bury. He's building a new life at a neighborhood detective agency. And he's working on a solid relationship with his crime-fighting partner, Sabrina Ross. But without warning, Rook's past returns with a vengeance in the enticing form of his ex-wife. Visiting New York for a convention, Annie Perry is a self-made millionaire with more than business on her mind. She's confident, alluring, and ready to rekindle feelings Rook thought he'd left far behind.

When Annie is murdered shortly after their reunion, her death sends Rook over the edge. To find her killer, he must delve into her past, even if it hurts. There's the oily vice president and the angelic business associate, plus the three thousand people who attended the conference. But Rook's suspicions focus on a clutch of university professors who buzzed around his ex-wife. Driven by grief and distracted by jealousy, Rook digs into fraught campus politics and buried scholarly history in his search for the truth. Violence and betrayal dog his investigation. Rook learns that envy, greed, and fraud are not merely academic.

As he hunts Annie's killer, Rook's relentless quest uncovers clues to another mystery from the past, a case that strikes even closer to home. His boss's wife was talented, volatile, and troubled. She vanished without a trace twenty-five years ago. Her disappearance stunned veteran detective Norment Ross and devastated their daughter Sabrina. If Rook solves this ice-cold missing person case, can he restore peace to Norment and closure to Sabrina? Rook wants the truth, for his boss and for his lover. But the only clues to this strange puzzle are hidden in the addled mind of a lonely widow. As the old woman's memory blurs, Rook is running out of time to solve the case of the detective's lost wife.

Faced with old grudges and buried lies, unsettled desires and secret promises, Rook races to untangle the threads of these twisted cases. Can he bring the killers to justice before the past fades forever?
Read more
Other Formats: Paperback 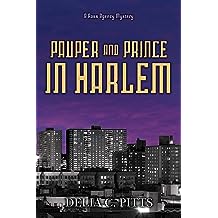 Blood runs cold on Harlem's hottest summer night when drive-by assassins shoot up a crowded playground, killing the teenaged friend of private eye SJ Rook. Only fourteen, the kid was smart, affectionate, and alive with potential. His sudden death strikes Rook through the heart. Was this boy the victim of a cruel accident or was he targeted by gang hitmen in a ruthless display of power?

To find the killers, Rook must enlist the help of another teen, Whip, a mysterious runaway witness. Whip is a transgender boy whose life on the streets has drawn him into the realm of a violent mob kingpin. Bruised and discouraged by his mother's rejection, Whip doesn't want to be found. Not by the cops or by community do-gooders. And certainly not by Rook, a resolute stranger with vengeance on his mind. Rook's search for the elusive kid requires persistence, street-level diplomacy, and guts. The quest becomes a dangerous trek through the meanest corners of his neighborhood. Racing from desolate homeless camps to urban swamps, from settlement houses to high-rise palaces ruled by greed and corruption, the determined Rook pursues his quarry. An unexpected twist in the detective's relationship with his crime-fighting partner, Sabrina Ross, threatens to derail his mission while deepening their personal connection.

In this fourth book in the Ross Agency Mystery series, Rook confronts his toughest assignment yet. Noble tramps, vicious thugs, and a pint-sized trigger woman complicate Rook's efforts to protect Whip. When a crime prince and a hobo hold the boy's life in the balance, will Rook's grit and imagination be enough to save Whip and bring the killers to justice?
Read more
Other Formats: Paperback