You've subscribed to Wanda Woe Cozy Mystery! We will preorder your items within 24 hours of when they become available. When new books are released, we'll charge your default payment method for the lowest price available during the pre-order period.
Update your device or payment method, cancel individual pre-orders or your subscription at
Your Memberships & Subscriptions
There was an error. We were unable to process your subscription due to an error. Please refresh and try again. 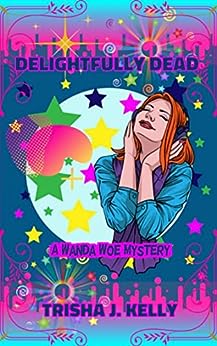 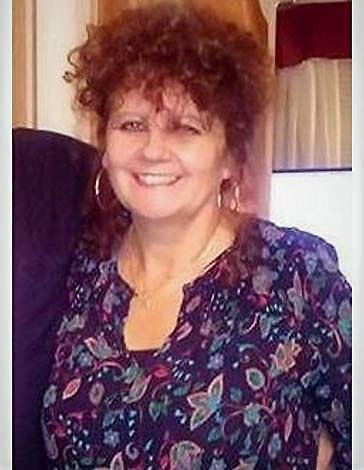 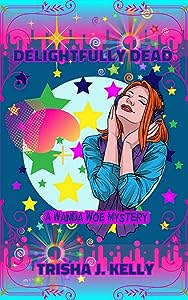 garden mom
5.0 out of 5 stars Delightfully Dead~~Delightfully different!
Reviewed in the United States on October 11, 2021
This story grabs you right from the beginning. Wanda is a selfish, indulgent rich young woman who must trade her old ways to have the chance to live a new life. The cast of characters is wonderful. From a guardian angel, who is a bit of a trickster, to the housekeeper, who has no pity on Wanda when she agrees to change. Snarky and a bit of a bully, the housekeeper pushes Wanda to be the new person she is meant to be. Out with all her riches-they are to be used to help the poor. Even if it's to dress up the scarecrows in jewels and finery. And if that's not enough, there is a murder to solve. And in a bit of romance and time-travel and you've got a great book. A must-read to the last page to tie up all the ends. Looking forward to reading the next book in this series.
Read more
Helpful
Report abuse

Nadine Vrijhof
5.0 out of 5 stars A drastic change of life for Wanda! And I do mean a 180 degree turn!
Reviewed in the United States on October 12, 2021
The book is in the tricky first person present tense, but that worked really well. A great start, which drew me in, and I loved the whole storyline. Some awesome twists, especially those regarding Ama, and that was well done! This author’s storytelling skills are good, really good!

The story was interesting and very exciting! A pleasant read. With some intriguing twists! Nice to follow Wanda on her journey in becoming a better person, a caring person.
Read more
Helpful
Report abuse
See all reviews

Adi92x-uk
5.0 out of 5 stars Captivating read!
Reviewed in the United Kingdom on October 13, 2021
Verified Purchase
Thoroughly enjoyable read from the wonderful Trisha j kelly. Wanda woe in a complex character and the story has many twists and turns. It had me hooked and I didn’t see the final twist coming.
Read more
Report abuse
See all reviews
Back to top
Get to Know Us
Make Money with Us
Amazon Payment Products
Let Us Help You
EnglishChoose a language for shopping. United StatesChoose a country/region for shopping.
© 1996-2021, Amazon.com, Inc. or its affiliates