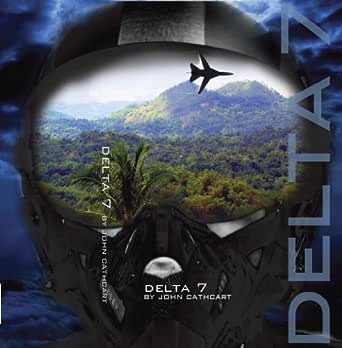 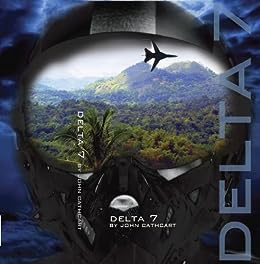 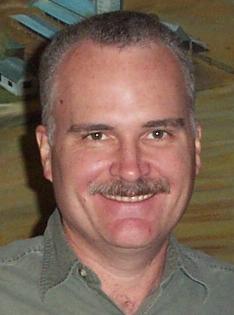 John Cathcart spent 20 years in the USAF as a pilot. In those 20 years, Cathcart and his family moved 15 times--including four overseas tours. In addition to training aircraft (T-37 & T-38), Cathcart piloted the B-52 (D and H models), FB-111A and the F-111F. His last military flying was in the C-12, which he flew while serving as a military attaché in Colombia and Venezuela. For the remainder of his military career, Cathcart worked in a series of staff assignments, including the Office of the Secretary of Defense (Special Operations & Low-Intensity Conflict) at the Pentagon and the US Southern Command (both in Panama and in Miami).
Shortly after retiring from the Air Force in 1998 (at the rank of Lieutenant Colonel), he was hired by American Airlines. He spent most of the next 16 years flying 737s out of American's pilot base in Miami.
In 2015, he traded in his airline uniform for much more casual clothing befitting a fully retired person. He now devotes most of his time to scaring--not catching--fish in the lake behind his house, spoiling his grandchildren, driving his wife crazy, and dreaming of new books to write.
His novel, Delta 7, is a fictional thriller based loosely on his experiences as a military attaché in Colombia and Venezuela. Delta 7 won the Military Writers Society of America's 2009 President's Award and the the Gold Medal for Fiction in the 2009 Branson Stars and Flags Book Awards. --This text refers to the paperback edition.

Valerie A. Ormond
5.0 out of 5 stars Fast-paced, Impeccably Researched, and Well Written
Reviewed in the United States on January 5, 2020
Verified Purchase
Author John Cathcart developed a spellbinding novel filled with intrigue, suspense, and figures from the past. Set in the shady underworld of drug trafficking and terrorists, main character John Carter unwittingly begins to unravel a plot gaining the attention of those in charge of a major operation about to unfold. Carter, an airline pilot retired from the Air Force, relies on his former military attaché contacts from his time in Colombia to help him understand the strange happenings in his life that he knows are more than coincidence. Cathcart keeps readers on the edge of their seats for the takeoffs and landings in this outstanding novel. Highly recommended for anyone who likes a fast-paced, impeccably researched, and well written book.
Read more
Helpful
Report abuse

Carter's adventure begins when he makes an innocent inquiry to a bar tender in St, Georges, Granada. An inquiry that draws Carter back into his former life as assistant military attaché in Columbia and drug enforcement, and sends him searching for answers in Columbia, Miami, and Washington, DC.

The author weaves a complex and realistic plot centering around a major drug shipment. He also paints a troubling and vivid picture of how the huge amounts of money generated by illegal drug sales can corrupt officials, police, and the military, including America's military. The story ends with a twist few will see coming.

It always a pleasure to read a well written and plotted story penned by a person who has been there and done that. Will John Carter have more adventures? I hope so.

Fair Reviews
5.0 out of 5 stars Wonderful Story
Reviewed in the United States on October 25, 2017
Verified Purchase
The author's research was evident throughout this book, which added immensely to the authenticity of the story. Delta 7 is full of action, suspense, and surprises.
Read more
Helpful
Report abuse

pam
5.0 out of 5 stars impressed
Reviewed in the United States on July 26, 2008
Verified Purchase
A great summer read - I finished it in one day - I just couldn't put it down. You enter the very realistic world of drugs, big dirty money and beautiful women. I certainly hope John writes another novel before my next vacation - I will be first in line to buy it.
Read more
3 people found this helpful
Helpful
Report abuse

Joyce Faulkner
5.0 out of 5 stars Move over M. Night Shamalan, John Cathcart has arrived!
Reviewed in the United States on July 17, 2009
Airline Captain and new widower John Carter casually mentions the name of an acquaintance at a bar in Grenada. This simple act throws him into the middle of an international plot filled with mad business men, beautiful and intelligent Latinas, governmental alphabet soup groups and bad guys of all persuasions. Like Cary Grant's character in Hitchcock's North by Northwest, everyone but John seems to know what's happening - but in the end, he must take the situation in hand and solve the puzzle that his life has become.

DELTA 7 is a flashy new entrant into the crowded world of literary mystery and intrigue. Author John Cathcart's first chapter describing the attack on Libya by the USAF in 1986 is a breathtaking hook. The chapter ends with, "Captain John Carter was now a combat veteran." The parenthetical second chapter follows a young Columbian boy from the moment that he is kidnapped by revolutionaries through his introduction to battle and ending with, "Carlos Hernandez was now a combat veteran." With these first fourteen pages, the author establishes himself as a clever and intuitive novelist.

Then he takes you on a wild ride through the complex and violent under-society of Columbia. The chapters are basic one or two scene presentations - a series of flipping perspectives, action sequences, and romantic interludes. This stylistic device gives the book a sense of movement and direction - like a spinning aircraft that generates excitement even though it's really controlled by the pilot. It also is an excellent technique for dropping clues that the reader picks up intuitively. When at last the tale unfolds and the good and bad are identified, the real surprise at the end is satisfying because the reader knew it all along but just didn't know she knew it.

Kevin Joseph
VINE VOICE
4.0 out of 5 stars Solid Military Thriller
Reviewed in the United States on March 31, 2009
John Cathcart's Delta 7 is a well-constructed thriller, employing short punchy chapters and multiple points of view to tell the story of a Colombian drug deal for the ages and its impact on a wide cast of characters. Air-Force-Captain-turned-commercial-jet-pilot John Carter stumbles upon the plot during a stopover in Grenada, when he inquires about an old acquaintance who heads the Grenadian Coast Guard. It turns out this old friend, and several others in Carter's former military circles, have cashed in their morals and joined forces with Colombian drug dealers. As these old friends begin to die under questionable circumstances and Carter's own life is threatened, he scrambles to find the truth before he too becomes a casualty.

Cathcart's work exudes authenticity, and his inside knowledge of military and homeland security agencies, as well as the drug trade, make it easy to buy into this thriller. Like many first novelists, however, some of the writing has a mechanical, workmanlike feel to it, as Cathcart too often feels the need to tell the reader what a character is feeling or point out when a joke has been told. The oscillating points of view also disrupt the flow of the narrative and create a predictability to some of the plot since we usually know what the other characters are doing and planning. The ending, however, is extremely well executed, injecting a couple of powerful twists, one of which I did not see coming at all.

At bottom, this is solid military thriller that should appeal to fans of the genre and those with an interest in the Colombian drug problem.
Read more
3 people found this helpful
Helpful
Report abuse
See all reviews