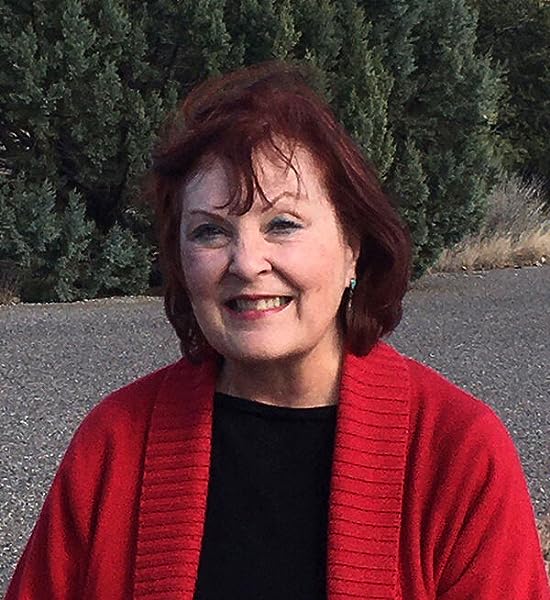 by Kris Neri (Author)
4.6 out of 5 stars 9 ratings
See all formats and editions
Sorry, there was a problem loading this page. Try again.
Read more Read less
Previous page
Next page

Start reading Dem Bones' Revenge (Tracy Eaton Mysteries Book 2) on your Kindle in under a minute.

Shushan
5.0 out of 5 stars very exciting sequel!
Reviewed in the United States on February 22, 2013
Verified Purchase
This was one exciting mystery! It had my attention from the first pages and didn't let up the pace until the very end. I was surprised not to get a particular announcement by the end of it though. Tracy certainly sounded like she was expecting changes. :)

Book 1 was largely about her husband Drew's family. This time the action centers on Tracy's mother who is inexplicably found standing over the murdered body of an old Hollywood hack who just happens to have been in a lawsuit with one of Drew's clients. It doesn't look good for her, especially since she is clearly hiding something, or perhaps quite a few things! Tracy's difficulty in relating to her mother is slowly explained as we see Martha pretty much turn Tracy's household on its ear while her daughter tries to find the real killer and keep her elusive diva mother safe at the same time.

It turns out Tracy can't remember clearly much of her earliest childhood, but its been haunting her dreams and even her daydreams. She finally finds out why by the end.

Amazon Customer
5.0 out of 5 stars A really well written and exciting mystery
Reviewed in the United States on September 5, 2000
Perkins and Pimm editor Carolyn simply informs writer Tracy Eaton that she has three days to fix her latest Tessa Graham mystery, "Deadly Shadows" or kill the series. Tracy is stunned because she felt the novel was great. She expects no sympathy from her spouse Drew the lawyer who has a case that will end his chances of obtaining a partnership.
Although Tracy is tight for time, she finds her clock squeezed even tighter. The police believe her mother, legendary actress Martha Collins, killed screenwriter Vince Sperry, who coincidentally was the plaintiff being sued by Drew's client for plagiarism. As Tracy makes inquiries, no one including her mother seems willing to cooperate. Martha strongly feels that Drew killed Vince. Other evidence points towards Tracy's dad, Hollywood legend Alec Grainger. Tracy realizes that her mother could spend her life in prison while the truth lies in a past scandal.
The first Eaton novel (see THE REVENGE OF THE GYPSY QUEEN) received numerous nominations for its wit and intelligent story line. The second tale, DEM BONES' REVENGE is as good if not better mystery. The plot is entertaining with its tour of the fantasy side of LA as seen through the humorous antics of the "natives". The characters are fully drawn so that the audience understands motives including that of Tracy's parents need to keep the scandal quiet more than keeping her mother out of jail. Kris Neri provides a wacky look at a Hollywood who-done-it that will send readers seeking the previous book and desiring the next installment in the life and times of Tracy Eaton, daughter to the stars.

Mark Baker - Carstairs Considers
HALL OF FAMEVINE VOICE
5.0 out of 5 stars Another Fun Romp With Tracy
Reviewed in the United States on August 4, 2003
Tracy's life is in an uproar. Her publisher has just called to say that they are dropping her mystery series unless she drastically changes her latest book, the advance for which has already been spent. The contractor shows up two days early to enlarge her closets. Her husband is panicked because he's starting the biggest case in his legal career that morning. And that's all before her mother, movie star Martha Collins, calls to say she's been arrested for murder. What a way to start a Monday.
To Tracy's frustration, Martha doesn't seem interested in proving her innocence, so, despite promises to the contrary, Tracy begins to investigate. With Uncle Philly along to help, she starts finding connections and clues that lead back 30 years. But what do they all mean? And is Martha really innocent?
As you can probably guess, this book is loads of fun with hilarious goings on all over the place. Tracy's sarcastic narration also adds to the humor level. The plot itself twists every which way. I hadn't read it for a couple years and was just as confused as the first time, even if I did remember the ultimate ending. And the characters are well developed and pull you further into the story.
Anyone looking for a fun, lighthearted mystery need look no further then this series. Buy it today for a romp on the wild and fun side of murder.
Read more
3 people found this helpful
Helpful
Report abuse

Huntress Reviews
5.0 out of 5 stars Highly recommended!
Reviewed in the United States on December 12, 2001
Tracy Eaton was the author of the "Tessa Graham Mystery Series". At that point in time her house was like a pig sty (due to a small redecoration project), her publisher had a lot of changes to be made to the latest book (to be completed within three days), and her husband was stressed out from trying to make partner in the law firm. When Tracy believed it could get NO worse, her mother called!
Martha Collins had been a Hollywood goddess for what seemed like forever. Yet she still looked wonderful and made people notice her. She found Vince Sperry's body, called the police, and became the number one suspect! No matter how hard Tracy tried to clear her mother of the charges, her mother kept blocking her from doing so. Tracy kept wondering just WHAT was a daughter to do in a time like that and just WHY had she not been an orphan?
***** An excellent "who-dunnit" mystery that kept me guessing right up until the end! Tossed with bits of humor that I could not help but enjoy. This is one I definitely did not want to end! Luckily for me, this is a series of mysteries that began with "Revenge Of The Gypsy Queen" and will continue. I find myself eagerly looking forward to the next mystery in Tracy Eaton's bizarre world! Highly recommended for all mystery fans! *****
Read more
8 people found this helpful
Helpful
Report abuse
See all reviews
Back to top
Get to Know Us
Make Money with Us
Amazon Payment Products
Let Us Help You
EnglishChoose a language for shopping. United StatesChoose a country/region for shopping.
© 1996-2021, Amazon.com, Inc. or its affiliates