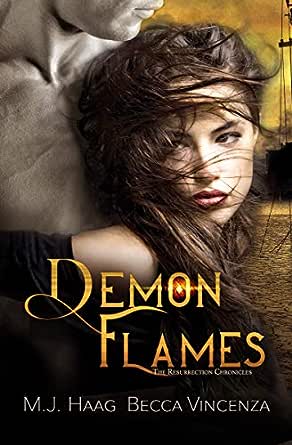 You've subscribed to Resurrection Chronicles! We will preorder your items within 24 hours of when they become available. When new books are released, we'll charge your default payment method for the lowest price available during the pre-order period.
Update your device or payment method, cancel individual pre-orders or your subscription at
Your Memberships & Subscriptions
There was an error. We were unable to process your subscription due to an error. Please refresh and try again. 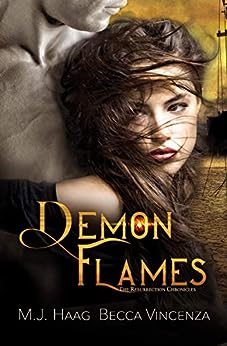 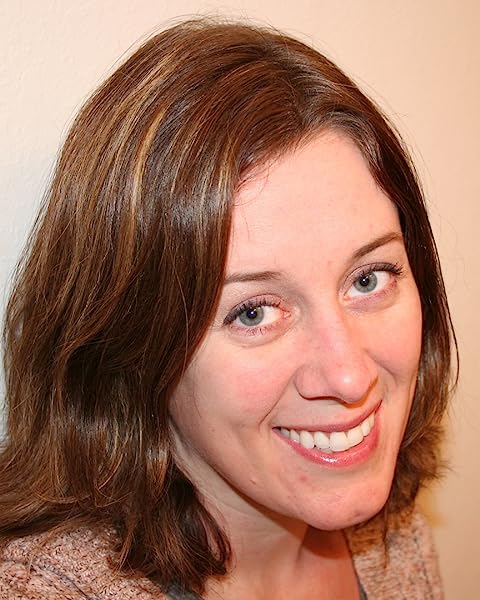 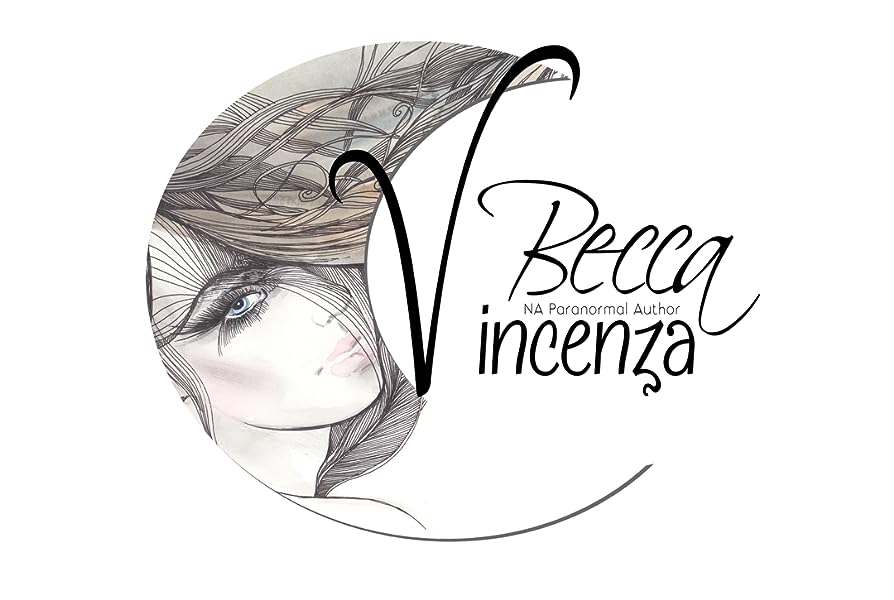 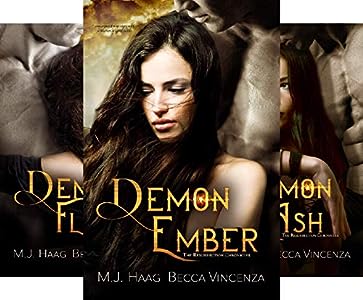 Becca Vincenza is the author of the Rebirth series and the Mercenaries for Hire series. She lives in Michigan.

Dara Rosenberg is an accomplished voice-over artist who has been recognized nationally for her extensive work in audiobooks and commercials. She has a BFA in drama from NYU's Tisch School of the Arts and studied at Interlochen Arts Academy, where she majored in drama and musical theater.

4.6 out of 5 stars
4.6 out of 5
243 global ratings
How are ratings calculated?
To calculate the overall star rating and percentage breakdown by star, we don’t use a simple average. Instead, our system considers things like how recent a review is and if the reviewer bought the item on Amazon. It also analyzes reviews to verify trustworthiness.
Top reviews

KP
2.0 out of 5 stars Even worse cliffhanger than the 1st book. I'm done with this series.
Reviewed in the United States on October 31, 2017
Verified Purchase
Well written and interesting zombie apocalypse with a fantasy twist, but has rather simplistic characters. There are also continuous interruptions every time the lead characters try to get some alone time. It's very contrived and a bit ridiculous. There is also a giant cliffhanger in an effort to force readers to buy the next book in the series wich isn't available yet. I always resent authors who feel they have to rely on cliffhangers and other tricks instead of trusting in the quality of their work to keep readers reading.
Read more
15 people found this helpful
Helpful
Report abuse

Amazon Customer
3.0 out of 5 stars Clueless and Unlikable Femal Lead
Reviewed in the United States on March 22, 2019
Verified Purchase
I debated for a bit between giving this book a two or a three star rating. I chose three only because I found the description of the underground world to be beautiful and interesting. That aside, this book was hard to finish and I am seriously considering not reading the third installment. To be frank, Mya is a hard character to love, or like. She’s so quick to place blame and so blindingly convinced of the superiority of her own world over that of Drav. Yes, the dark fey inadvertently created the hellhounds, but there is no indication that they released them into the above ground world. Instead their appearance most likely is due to the humans obsession with mining and fracking with little thought to the consequences. Yet Mya attempts to guilt the dark fey into risking their lives to save the humans. She’s convinced that the dark fey belong in the above ground world, yet they clearly have trouble with the sunlight. Instead of truly caring about Drav, she is more interested in either attempting to make him into her family’s personal guard, or ditching him to make a suicidal attempt to reach her family in her own. Even those with actual survival skills are dying and rising as zombies, but this collage chick thinks she can make it on her determination along. Clearly logic is not her strong point. From the previous MJ Haag series I read I know that she leans toward femal leads who stubbornly keep making the same mistakes and ignore the clear and obvious (if sometimes difficult) solution, but is it too hard to combine a great premis with a smart, compassionate, and strong female lead? I practically gives me hives not to finish a story, but I’m not convinced that this series is worth completing. I just can’t get behind Mya’s narrow world view, elitist attitude, and selfishness. I’m all for a character having some relatable flaws, but this is just ridiculous.
Read more
4 people found this helpful
Helpful
Report abuse

ZCraig
3.0 out of 5 stars Worthless heroine. Lots of repetition, creepy and unattractive hero
Reviewed in the United States on March 27, 2018
Verified Purchase
I gave it three stars because this is could be an interesting story. The first few chapters are awesome and action packed but once Mya meets Drev things take a turn for the worse. Mya is basically useless. All she does is cry for her family while Drev saves her over and over again. There is so much repetition and boring chapters about the two of them eating, sleeping, and peeing. Bah! Mya doesn’t do anything except being carried, eating out of cans, sleeping, and peeing. If you like strong female leads then avoid this book (and series) like the plague. The second book is even worse than the first. Although I am somewhat curious how the series ends, it’s not enough for me to buy the third book because I strongly suspect that one will he just as boring as the first two. Very disappointing considering how cool this new works initially shaped up to be. Oh and I forgot to mention that Drev is super creepy and desperate. Constantly groping and getting into Myas personal space and declaring his undying love for her. Gag!!
Read more
4 people found this helpful
Helpful
Report abuse

Katydid
5.0 out of 5 stars Really Like This New Series - Book 2
Reviewed in the United States on March 5, 2019
Verified Purchase
I really enjoy this series. New and fresh world building with a mixture of post-apocalyptic setting with fae heros. The adventure starts with a series of earthquakes that release hell hounds loose on the world and humans bitten by the hell hounds turning into zombies. Also released from the hidden subterranean world are fae warriors who have been trapped away for thousands of years, had lots of special abilities and didn't even remember what a female was.

Women are precious to the fae who had lost all hope of a future and thank goodness for that since humans face danger from hell hounds, zombies, other humans and starvation. The heros in the series will warm your heart and make you laugh out loud as they take everything said literally and ask the most inappropriate questions. So far the story mainly revolves around a human camp and a mixed fae/human community trying to survive while trying to overcome biases against the fae. Haag has really shown how badly humans can act when they are desperate which makes the books interesting.
I have read all the books in the series so far and plan to continue the journey.
Read more
One person found this helpful
Helpful
Report abuse

Rose
5.0 out of 5 stars Ernisi sounds both intriguing and terrifying!
Reviewed in the United States on March 1, 2019
Verified Purchase
I liked this story. It is a continuation of the story that began in Demon Ember with Mya and Drav. This one ends in a cliffhanger (major!) as well, but since the last book is out, I'm ok with it!

In order to keep Mya safe, Drav decides to take Mya to his home. Ernisi is an underground world with many caverns and different creatures. Drav's city is behind a wall to keep the hellhounds out. While in Ernisi, Mya learns that the demons or shadow men aren't what she thinks.

This story picks up right as Demon Ember ends which is nice, there's no timelapse at all. With all 3 books out at the same time, you can just keep reading which is awesome and the way I prefer to read my books. Finding out the history of the shadow men was interesting, but also kind of sad. There were a lot of feels in this story. I was mad at Drav or Mya or both of them at times. I also loved the way they were together at other times. I loved how protective Drav was of Mya even when he took it to extremes. This one does end on a MAJOR CLIFFHANGER! So be aware that you will want to get the third book or you will be very unhappy! I recommend reading this book! Or listening to it! I own both the ebook and the audible book.
Read more
Helpful
Report abuse
See all reviews

Bex
5.0 out of 5 stars Love this book
Reviewed in the United Kingdom on April 26, 2018
Verified Purchase
Mya and drav have become one of my favourite books couples, I loved the first book more than this one purely for the action side of things because I didn’t expect it and enjoyed it, kind of reminded me of a better world war z, nevertheless I love how mya and dravs relationship grew. Fab read
Read more
Report abuse

Joey1606
5.0 out of 5 stars Brilliant
Reviewed in the United Kingdom on March 21, 2018
Verified Purchase
Love this series,so different and keeps you cheering them on, can't wait to read d the next one. The most I have enjoyed reading for a long time.
Read more
Report abuse

S
5.0 out of 5 stars Loved it
Reviewed in the United Kingdom on September 10, 2017
Verified Purchase
I couldn't put it down. The authors have created such an imaginative yet believable world and well thought out characters.
Read more
Report abuse
See all reviews