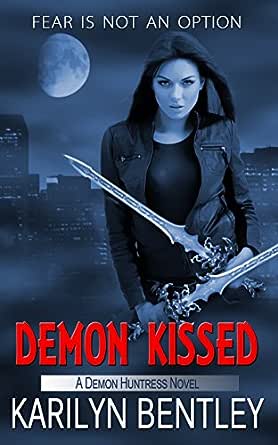 You've subscribed to A Demon Huntress Novel! We will preorder your items within 24 hours of when they become available. When new books are released, we'll charge your default payment method for the lowest price available during the pre-order period.
Update your device or payment method, cancel individual pre-orders or your subscription at
Your Memberships & Subscriptions
There was an error. We were unable to process your subscription due to an error. Please refresh and try again. 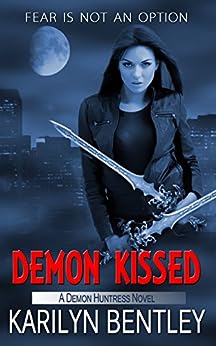 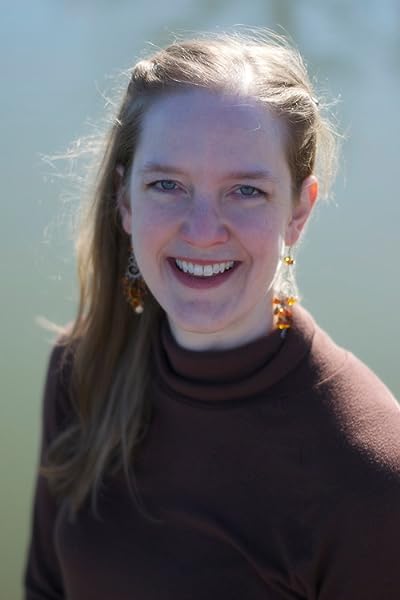 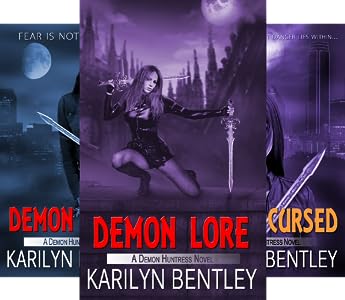 Katie O'Sullivan
5.0 out of 5 stars Paranormal Adventures with a little Sizzle, a side of Snark and a big dose of Sass
Reviewed in the United States on March 28, 2016
Verified Purchase
I fell in love with this series from the very beginning, but have to warn you: if you haven't read the first book, Demon Lore, you won't understand this second book. In fact, don't even read this review. Go find yourself Book One and start there.

Okay. So everyone left reading this review has already read the first book, right? Good. You totally need to go get a copy of the second book as so many of those dangling loose end questions get answered in this one. Not all of them, not exactly, but enough that it's so satisfying to slap your forehead and say aha! I knew it! Which of course I'm not going to give away here cuz that would be a spoiler and we all hate spoilers. Back to the review.

Gin Crawford is a demon huntress... The demon huntress of the series subtitle. She's gone from an abused and crazy childhood to her current vaguely twenty-something semi-stable existence as an emergency room nurse. And empath. And the twin of a ghost whisperer with whom she shares a close psychic connection.

And, oh yeah, now a Justinian which is a fancy name for demon hunter, and with an officially assigned Guardian to watch over her and heal her. A Guardian who is sizzling hot and who's every touch sends waves of desire shooting every which way. But of course she has to try and ignore the obvious connection between them because, after all, she has to work with him.

Complications abound beyond her growing attraction to her guardian, Smythe. Like the fact that there's a Fear demon on the loose that seems hell bent on not only killing Gin but wreaking havoc on the entire city. And the fact that some of the other Guardians in the Agency aren't in the Gin Crawford fan club.

But do they hate her enough to actually try to kill her?

Told in first person narration from Gin's perspective, the story is a snarky, fast-paced romp that kept me reading straight through the afternoon until my family complained that dinner was hours late. Oops. Karilyn Bentley has a masterful way of keeping the reader hooked and reading, needing just one more question answered. One more chance at catching the bad guy. One more chance for Gin to look deep into Smythe's eyes and... Ahem, yeah, still hoping for that one.

If you like your paranormal adventures with a little sizzle, a side of snark and a big dose of sass, check out Karilyn Bentley's Demon Huntress series.

Book One is Demon Lore (although I have to say I don't really like the cover of that one, I'm still trying to figure it out. So not in character for Gin.) and Book Two is Demon Kissed, and yes, the title is prophetic, but Gins story is not over, not by a long shot. Here's hoping Book Three doesn't take more than a year to come out!

DMR
5.0 out of 5 stars Wonderful second book in a great series
Reviewed in the United States on April 10, 2016
Verified Purchase
Demon Kissed is a great continuation of the Demon series. I really admire the heroine and her reluctant mentor. There is just enough sexual tension between the two of them to spice up their relationship. Of course, her attraction to the demon she is supposed to kill adds a further element of interest, especially as she is of mixed emotion about the relationship between her, her bracelet, and the demon. Karilyn Bentley has done a great job developing her world, and the demon fighting heroine, although reluctant, is learning her role in the demon killing business. I can't wait for the next book. I really care about the characters, and want to see our heroine succeed.
Read more
Helpful
Comment Report abuse

Kindle CustomerKay
5.0 out of 5 stars Wonderful
Reviewed in the United States on July 5, 2016
Verified Purchase
Such great characters, Gin and her brother T are great, as is Smythe. Can't wait to read the next in this series.
Read more
Helpful
Comment Report abuse

Urban Fantasy Investigations
4.0 out of 5 stars I will keep my eye out for book three!
Reviewed in the United States on March 20, 2016
The problem with reading book one and book two in a series back to back!?!? You have a hard time separating them when it comes review time. That's right, I read DEMON KISSED immediately after finishing DEMON LORE and although I really liked both of them and already wrote my review for DEMON LORE, I am having a hard time separating the books for my review of DEMON KISSED. I will try my hardest to stick to book two.

The Demon Huntress series has kept my interest so far. Bentley has done a great job developing her characters. The world is interesting and is explained well and the story is full of action, suspense and a bit of romantic drama.

I'm very interested in seeing what Gin's brother's role will eventually be. He has a pretty interesting gift and we know he will use it to help his sister, but will he join up with her and use it consistently? I see a lot of potential with Aidan and Gin. Gin has some mourning to get through, but the sexual tension and spark between these two is high and getting higher. Sargon is still a complete mystery to me, but I see a lot of potential with his character and I can't help but want to see him as a true ally to Gin. Only time will tell.

The characters continue to grow on me and the story continues to entertain me. I will keep my eye out for book three!

* This book was provided free of charge from the publisher in exchange for an honest review.
Read more
Helpful
Comment Report abuse
See all reviews