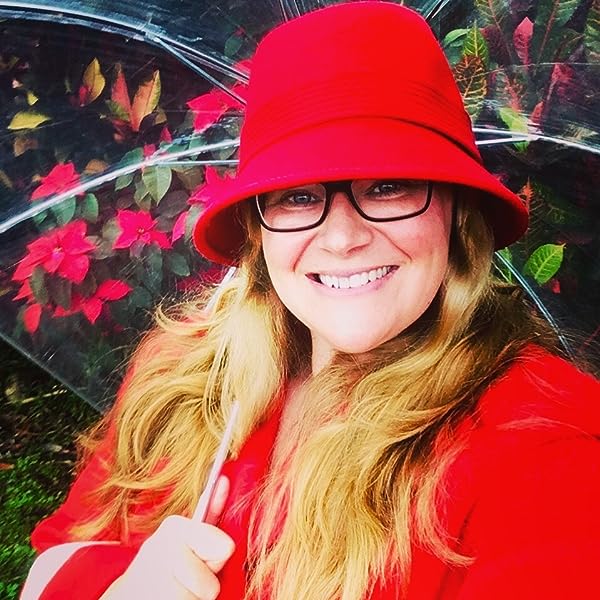 Natalie @ ABookLoversLife
VINE VOICE
5.0 out of 5 stars Intriguing Series!!!
Reviewed in the United States on August 13, 2019
Loved this series!!

Nesting, book 1:
Mihail Vaduva grew up in Castle Vaduva but left when he was little. He's now decided to come back and help his grandmother and do his final year of high school there. But upon entering the grounds, unexplainable things happen and Mihail discovers that secrets have a way of coming out and his very life might be in danger.

This was awesome!! The story takes off right from the start and it's pretty much non stop all the way through. A lot of mysterious things happen and not everything lines up, but the suspense kept me reading. I was as clueless as Mihail half the time and was wondering if I missed something, but no, it eventually comes together and we get some answers! Not all of them though, there is still an awful lot left open and it made me eager to read the next one!!

I loved Mihail!!! He is terrified most of the time and reacts how I'd expect someone with no experience of the supernatural to react. He was really easy to like and I was rooting for him the whole way through. I also loved Abe!! He is a tattooed, Jewish medium, and quite ripped by the description. How could you not like him!!! I'm on the fence about Grandmother though. I'm not sure what to make of her!!

In all, a fantastic start to what seems to be an incredibly eerie series. I loved the setting, the characters and the story and I need to start book 2 straight away!!

Thom Bowers has an impressive array of tones, voices and accents and his performance here felt like listening to multiple narrators! I highly recommend his work.

Buried, Book 2:
Book 2 sees Mihail and Abe getting closer and closer to the castles secrets. Mihails' Grandmother refuses to leave the castle and Mihail has no option but to stay there with her. But with the ghosts and spirits getting more restless and other things happening, Mihail knows it's not safe for anyone to live there. Would a blessing from a priest help? Mihail and Abe go in search of answers.

I simply adore Abe and Mihail! Both are such amazing characters. Mihail is still as scared as ever but he is also able to overcome his fear and help his friend when it's needed. I also have to say that I love Abes' parents, and want them as my own!! ;) Abe is one of my absolute favourites though. He is strong, kind, funny and above all, a good friend.

The plot of this one again only answers some of the questions I have but I can feel a resolution of sorts coming!! I'm seeing certain characters are showing their true colours at last, though Mihail still can't see it! Secrets have an uncanny way of not staying secret for long and boy are there some secrets here!! I'm diving straight into book 3 because I'm anxious to see what happens!

In all, a chilling and addicting read. It may not be as bloody or brutal as some of the horror I've read before, but this one gets under your skin and there were times where I had to pause and take in where the story was going. Give me more of Mihail and Abe!!!!

Thom Bowers always gives a great performance and this is no exception. His tones and voices make the story and characters come to life and he was clear and easy to follow.

Captive, Book 3:
Finally!!! Everything from the past two books come together and we get all the answers!!

The plot is pretty much non stop because Mihail finally finds out about his family, his grandfather and ...... other things (not going to spoil it for you!!!) There is plenty of action, plenty of suspense and plenty of ghost and demons, even a doppelganger!! It was the best in the series so far!!

My heart went out to Mihail in this one because he finds out things about his family that were heart breaking for him. But this knowledge also allows him to do what is needed to save Abe and himself.

I don't want to say too much more because it's very easy to spoil this edition!! All I'll say is this series is well worth a read. I finished all three books in quick succession and I didn't want it to end. It was well written, fast paced, entertaining and intriguing. The characters are some of the best I've read and I really hope we see more about them sometime!

Thom Bowers is such a talented narrator. He has plenty of tones and voices and is able to perfectly capture the atmosphere. His performance for all 3 books were flawless.

I was given this audiobook at my request and have voluntarily left this review. This in no way affected nor influenced my thoughts.
Read more
Helpful
Comment Report abuse
See all reviews